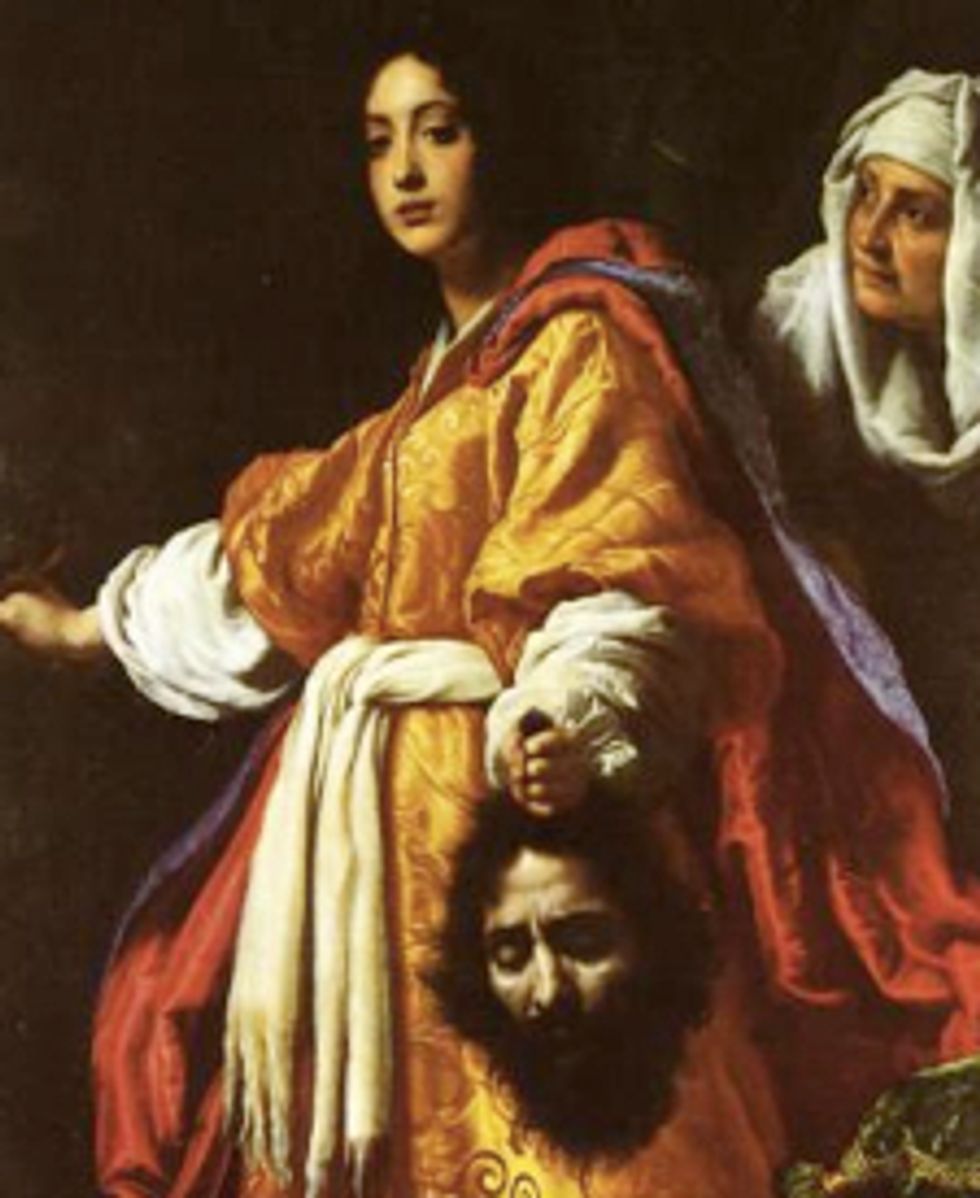 We have EMAIL PHOTOGRAPHIC EVIDENCE that Rep. Jim McDermott's executive assistant/office manager/scheduler/pet dragon Elizabeth "Liz" Becton,the Meanest Lady in DC, was not simply having a "bad day" when she went nuts on someone, over e-mail, who mistakenly saluted her as "Liz." Below are two more of Liz Becton's run-ins with e-mail, in which she type-screams at entire listservs about GETTING THE LUNCH LADY'S NAME RIGHT, and swears to destroy a Mole scheduler who once leaked stuff to your Wonkette.

Last May, your Wonkette posted some wacky e-mails that were sent on the House Democratic schedulers' listserv from a couple of staffers (names redacted!) asking comical questions along the lines of, "Does anyone know what type of store one would buy 'groceries' at?" After the post went up, a retaliatory e-mail went out to the same listserv from some new irate scheduler, swearing violence.

Subject: RE: We Have a Mole Amongst Us

What kind of nasty, petty, poorly written (Did these people graduate from middle school to high school?) site is www.wonkette.com? And what a base, narcissistic, illiterate group of readers they have! I will never venture to that site again. It was a total waste of my time. However, this email is for the mole among us. You are a poor excuse for a human being. You are not a team player. If I ever find out who you are, I will gladly advertise that it was you who forwarded the emails to the low-rent wonkette site. I will further inform the Speaker’s Office, Standards on Official Conduct, and all the other appropriate offices of what you did. And if you got paid for it, my lowly, putrid, little wonkette reader, you have committed a crime and you will be punished for it when you are found. I have contacted Telecom and I have informed them of what has happened and since it’s a quiet day, they are checking all the forwarded emails from this list serve.

And to my team players and fellow schedulers, I apologize that I had to include you on this email. This email was intended for the lowly loser among us.

Have a nice day!

Most of Liz's comments about Wonkette are correct. But it does become somewhat easier to read once you realize we're writing in Farsi.

It's perfectly understandable that she'd be furious when e-mails from her listserv were leaking to illiterate liar weblogs, but who writes like this on a professional Capitol Hill listserv? Who talks to colleagues as though it's a war game? Liz Becton does, because she's the meanest lady in DC.

NEXT: This episode doesn't need any background information, so off we go ....

Many of you likely know D___ B___, who has been a cashier in the Longworth Cafeteria for decades. Wednesday morning D____ was suspended without pay (or fired by some accounts) for being $9 short at her register. This has outraged many of us who have seen her virtually every day for years. She is certainly one of the most beloved cafeteria workers and her dedication to customer service is exceptional. On Tuesday, we hope to join in a show of support for D___ by boycotting the cafeterias. Since all the cafeterias are owned by the Restaurant Associates we ask that you avoid all of them that day, but we realize that’s difficult during a day we’re in session. Please, if nothing else avoid Longworth.

To: [SCHEDULER ONE]; Democratic Schedulers

The woman who was SUSPENDED (not fired) was D____ C____. I have communication between my COS and the COS of the CAO’s office confirming those two facts.

Although the email was sent with good intentions, the facts are wrong. I’m all for supporting someone who was wronged, please know that D___ C____, the woman who was SUSPENDED not fired, will be represented by her union regarding this matter.

To: [SCHEDULER ONE]; Democratic Schedulers

For those of you who do not know, there are TWO women named “D____” who both work in the Longworth Cafeteria.

I’ve received a snotty email from one particular scheduler who doesn’t understand the ramifications of having their name sullied by erroneous information. She wondered about my point…

Why don’t you apologize and I will.

See, that fight just could've been avoided. Was fighting really necessary over this instance of name confusion?

It was for Liz Becton, who is required to go out of her way to start fights, since that is what the title of Meanest Lady in DC demands, regularly.

And don't get us wrong, we mean this in the most complimentary of ways! If we had to be terrible congressmen, we'd want Liz Becton on our team, to crush skulls. Go Liz! Liz is great!