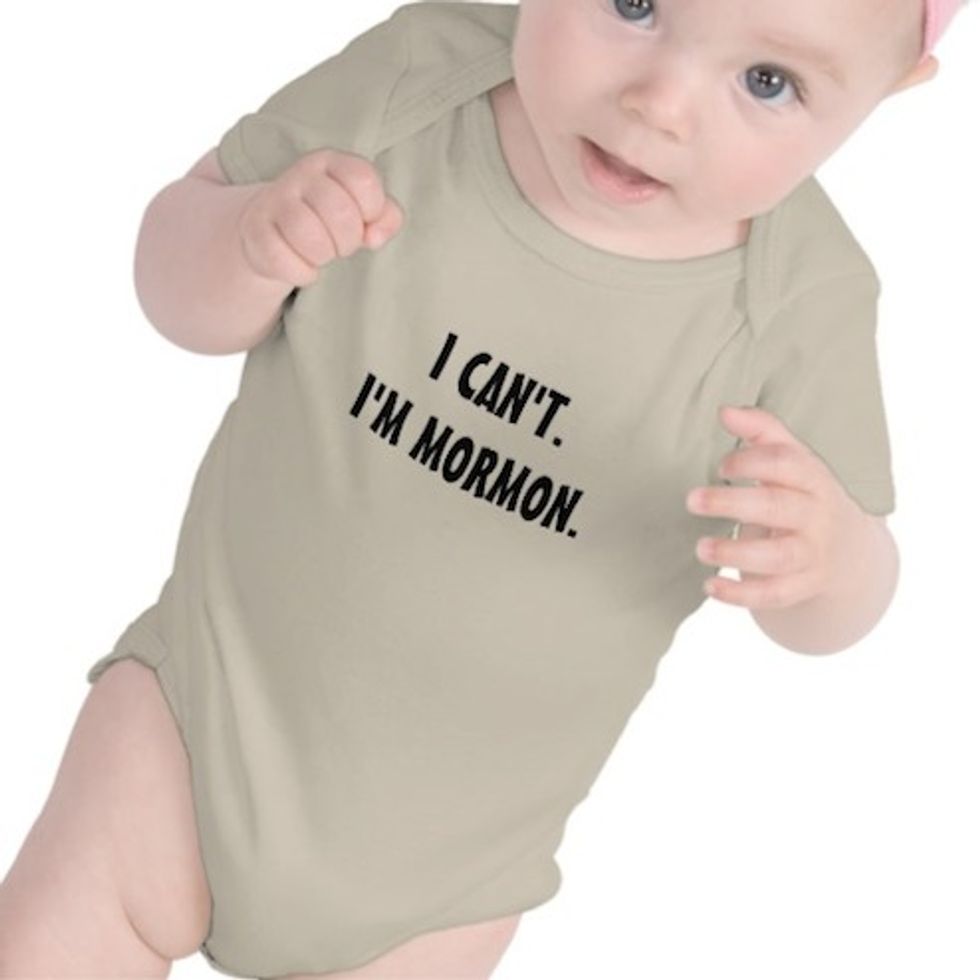 Remember how back in 2012 or so the Mormons decided to be kinder gentler Mormons, and you had to endure one million of those billboards with a carefully curated racially diverse selection of Mormons? And they had to be racially diverse ads because of that whole thing where Mormons didn't let black people be priests until thirty-five years ago. And all the teevee ads? SO MANY TEEVEE ADS. We were just beginning to feel all warm and fuzzy about Mormons, but then they had to go and remind us that they didn't forget how to be dicks and are totally gonna get their excommunication on.

So who are the Mormons going to maybe probably toss out? Ladies first!

Kate Kelly, a human rights lawyer who founded the Ordain Women movement, [...] received an email [...] informing her that she faced “disfellowshipment or excommunication, on the grounds of apostasy,” and calling her to a disciplinary council hearing [...] Ms. Kelly’s stake president had warned her in a letter in May that if she did not shut down the website, dissociate herself from it and repent, she faced excommunication for “openly, repeatedly and deliberately acting in public opposition to the church and its leaders after having been counseled not to do so.”

Jesus and Joseph Smith and Mitt Romney all agree: no lady ministers!! Also, no homo. Super no homo. Like, let's not even talk about the homos, mmmkay?

John P. Dehlin, the creator of a popular online forum for Mormons and a doctoral candidate in psychology who has published his research into the problems faced by gay church members [...] was sent a letter on Saturday by the president of his stake, or church region, whom he said he had never met, calling on him to either resign from the church or face a hearing before a disciplinary council.

The letter, which Mr. Dehlin provided to The New York Times, said, “Because of the love I have for you, I have become concerned about some of your recent statements and actions regarding this church and your place in it.”

A+++ concern trolling, would troll again.

Congratulations on returning to form, Mormons.