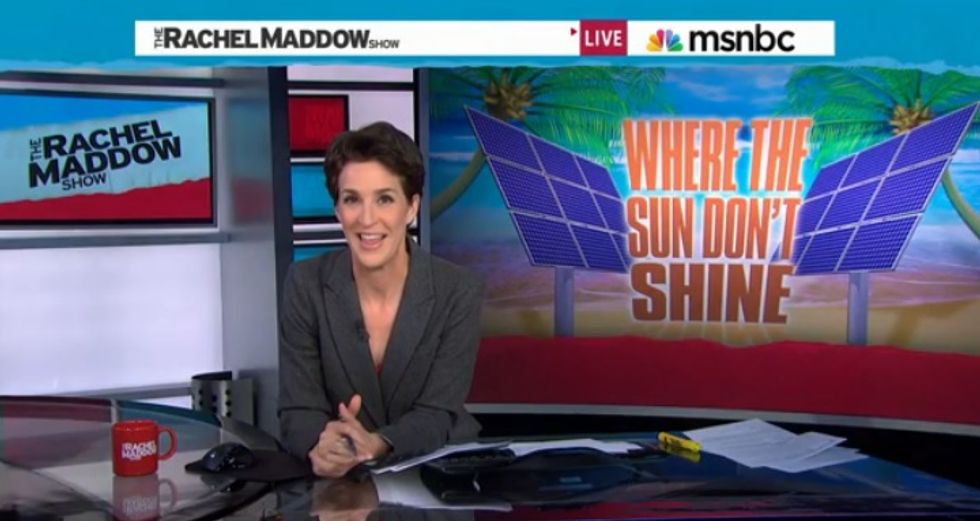 Rachel Maddow has a near-solstice puzzle for you: Why on earth would Arizona and Florida, a couple of states with near-constant sunshine, take steps to actively discourage people from making use of all that abundant solar energy? If you guessed that lobbying from energy companies -- and of course, the Koch brothers -- might have something to do with it, you win Will Shortz's voice on your answering machine. In fact, just before Thanksgiving, Florida regulators quietly gutted requirements for utilities to conserve energy, and also to eliminate solar rebates for homeowners at the end of 2015 in a deal that the Tampa Bay Times says "[gave] the investor-owned utilities virtually everything they wanted." As of now, two of the sunniest states in the country are officially against solar energy. Stupid old sun, trying to keep fossil fuels from their rightful place and profits! And here we thought that Charles Montgomery Burns was a fictional character.