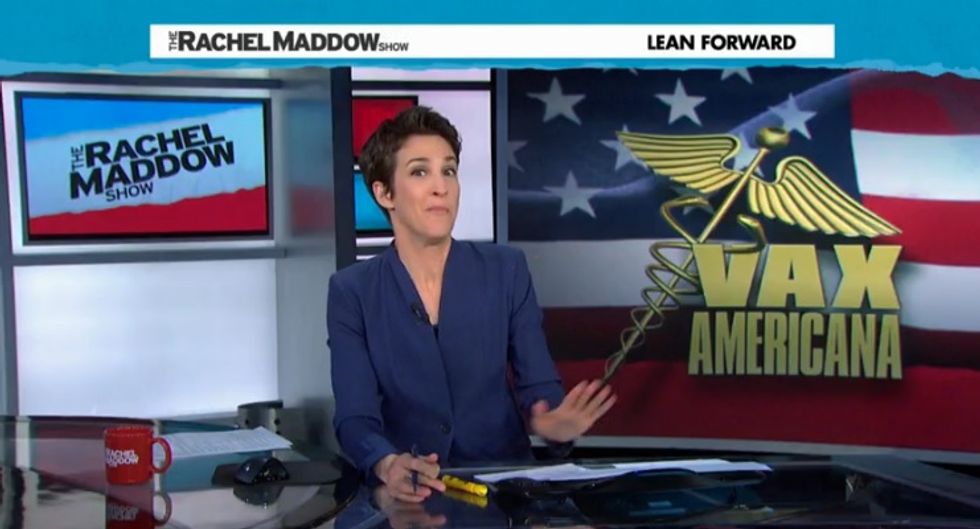 Rachel Maddow had far too much fun Monday recounting all the times American presidential candidates have made asses of themselves while visiting London. Actually, 80 percent of those times involved Mitt Romney's single disastrous visit, but it sure set the template.

And now Chris Christie has had his moment in the fog with his idiotic comments about vaccinations, as has Rand Paul. Honestly guys, Rachel points out, these are questions you should be prepared to have a sane answer for. But has Koch brothers money made Republicans so in love with anti-science messages on climate change that they're now just reflexively denying basic medical facts? There's not even a lobbying group for that!

Watch and enjoy. The Rand Paul section is especially jaw-dropping. Also, right at the beginning, Rachel shows you the big unwieldy bandage on her finger, the result of watching the Super Bowl too intently while grating cheese.

Also, too, this bit of goofiness involving Goundhog Day and what happens when an aide puts the groundhog just a bit too close to the mayor's ear so he can "hear" the groundhog's message. Tetanus shots for everybody!