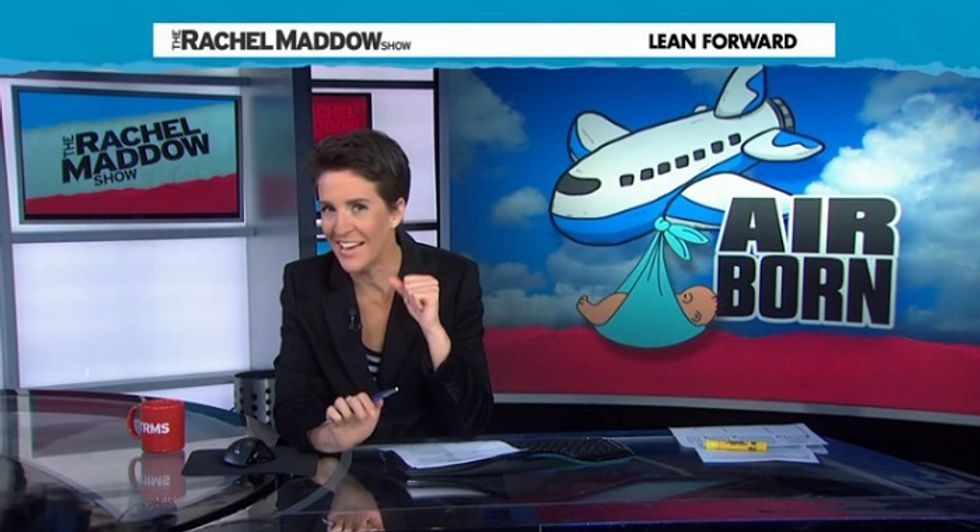 How about a little happy nice time news for a change? Monday, Rachel Maddow brought us news of a neat little quirk of the spy exchange that was part of last week's big Cuba news: Not only did America trade three Cuban spies for an American agent who was being held in Cuba, but the two countries also prefaced the deal with a little goodwill gesture o' joy. About halfway into the negotiations for the re-establishment of diplomatic relations, Sen. Patrick Leahy arranged for a goodwill gesture on behalf of one of the Cubans being held in the U.S. The prisoner's wife, who was in Cuba, wanted to have a baby, and while bringing her to the U.S. for a conjugal visit was out of the question, it would be possible to arrange for the transfer of a vial of frozen sperm from the prisoner, so Mrs. Spy could undergo in vitro fertilization.

And that's why there were some rather odd TV images of one of the Cuban spies being greeted by a very pregnant woman, both of them smiling, and neither wearing a scarlet "A." (The New York Times has more details on how an aide to Sen. Leahy actually arranged the deal; expect the movie version, I Was a Sperm Courier for Castro, to debut in fall 2015, barring any further movie studio hacks.)

And how about this little teaser for the story, too, just so you can hear Rachel actually saying "Cuban prisoner sperm happiness," and possibly remix it into a little radio play where she's ordering from a very weird Chinese restaurant: