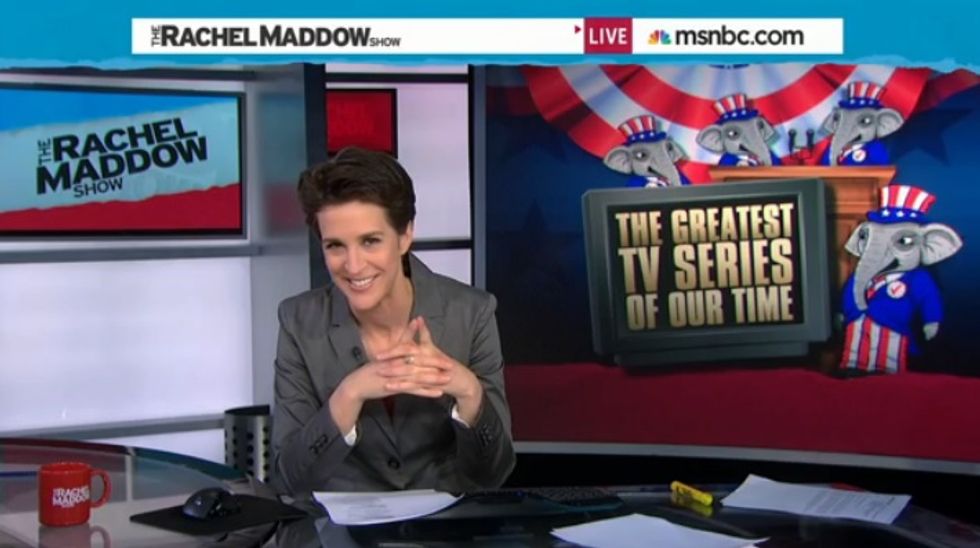 Rachel Maddow was in full political-nerd bliss Friday with this report on the announced schedule for the 2016 GOP primary debates. Rachel is pretty sure the best TV series of 2012 was the "nationally-televised tragicomedy of the Republican presidential primary debates," and she's looking forward to the 2016 edition, even if the party has taken a number of steps to tamp down on the crazy, like dictating that any candidate participating in a non-official debate will be barred from appearing in the remaining official ones. And here's a surprise: Three of the nine planned debates will be on Fox. But let's not get discouraged: Even with these attempts to rein in the process, there's almost certainly going to be plenty of crazy to go around.

Also, too, speaking of politics-nerd heaven, here's Rachel and NPR's legal correspondent Nina Totenberg talking over the Supreme Court's decision to review marriage equality. Two of our favorite voices coming out of one set of speakers? Joy.