Morning Maddow: Is Obama Allowed To Be Feeling This Sassy? Pretty Much. 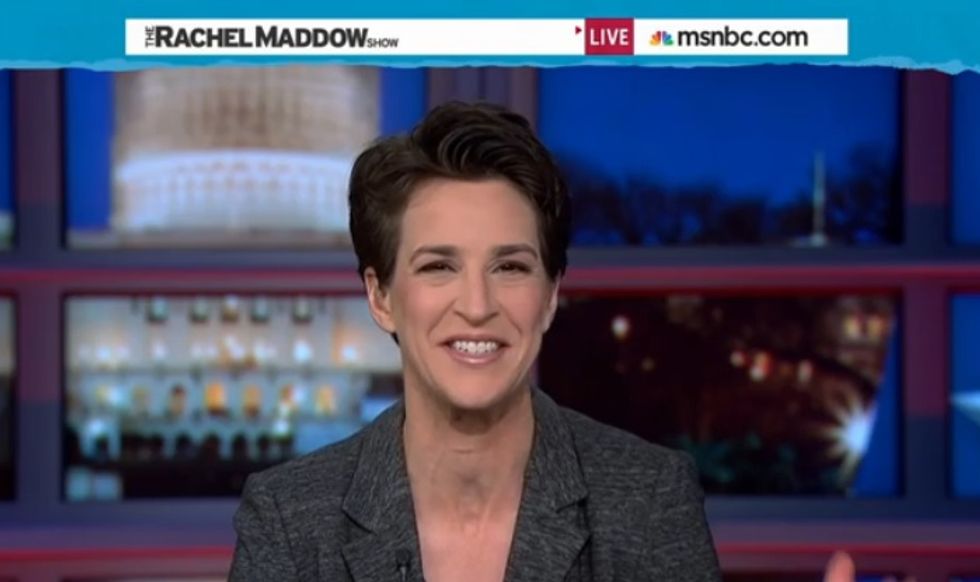 For Wednesday's Rachel Maddow Show, Rachel was still using the great big desk from Tuesday's State of the Union coverage, and she was pretty darn happy about having an extra day with it. It's like an extra day of politic-nerd Super Bowl.

And Barack Obama is enjoying his own post-SOTU glow, too, with trips to red states (or at least university towns in red states -- Boise, Idaho, and Lawrence, Kansas) and renewed diplomatic relations with Cuba. Maddow notes that it's not just American diplomats in Havana; a big Russian spy ship is there too, "basically Vladimir Putin's latest desperate shirtless horseback ride through international relations." In any case, Barack Obama is enjoying his post-SOTU bump, which is the theme of Maddow's "A" segment -- broken, by the logic of MSNBC's webmasters, into three chunks.

First, the foreign policy part, with the Cuba thaw and the return of American contractor Alan Gross, who was delighted to be at the State of the Union:

And then there's the president's trip to Boise Wednesday, or as Rachel puts it, to "freaking Idaho?" It's a state he lost twice, but here he was (we only watched on CSPAN, though Kid Zoom braved the lines and actually attended).

And finally, the polls: This lame duck guy really seems to have the support of a lot of Americans, which is maybe in part the result of $2 gasoline, but the numbers also favor his SOTU policy proposals -- including a middle class tax cut paid for by an increase on capital gains taxes for the super-rich.