Morning Maddow: Maybe The GOP Will Pass An Immigration Bill, Just To Show Up Obama (Video) 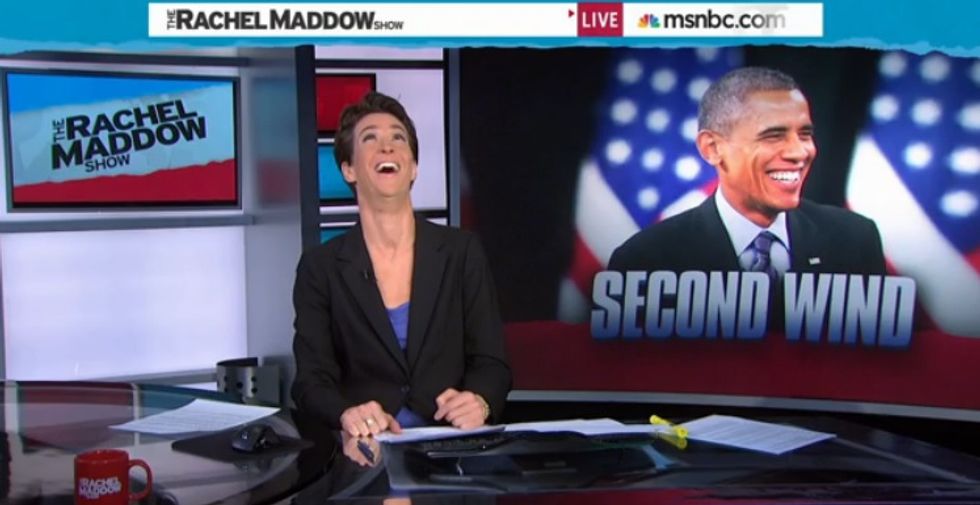 Rachel Maddow gets the feeling that this executive action on immigration isn't going to be quite the disaster for Barack Obama that a lot of Republicans have been insisting it must. For all the bluster, impeachment is a no-go (even if the House votes to impeach, there's no 2/3 majority for a conviction), a lawsuit is iffy, and a government shutdown, while a definite possibility, wouldn't end the policy. And in the meantime, Barry Bamz is looking good, getting cheered by high schoolers, and generally sounding more like that guy we voted for -- no "I'm still relevant" defensiveness for him.

And for all the threats, what the Republicans actually did was to file their ACA lawsuit and then go on vacation.