Morning Maddow: Mitt, You Said You Were Done. Really, You Did (Video) 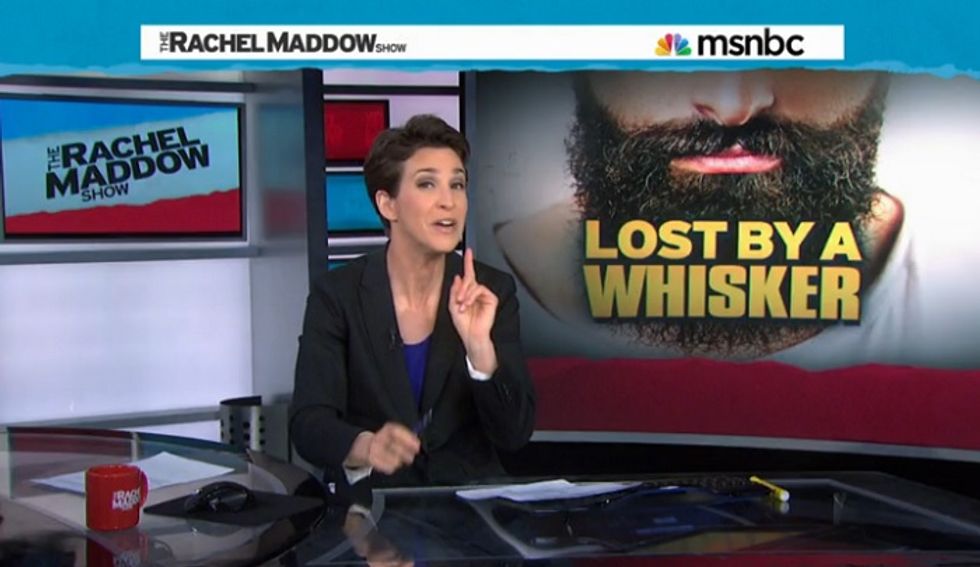 Remember when Al Gore left office in 2001, went to Europe for a while, and came back with a beard? Rachel Maddow notes that in "our modern fake political science," the beard meant Gore was finished with politics, or at least formal runs for office. Rachel briefly reviews some notable examples of the "dashed presidential aspirations beard" in recent years, and notes that one Willard Mittington Hi-Hi Puffy AmiYumi McBoingBoing Romney never grew a beard after he lost in 2012, which means that technically, he has never conceded. Even so, considering all the flat declarations at the time that he was done, absolutely done, with presidential politics, it's a surprise that he's making all these "Yeah, I'll run" noises now. This is the guy who, when the New York Times asked him in 2013 if he'd consider running a third time, seemed fairly certain: "Oh, no, no, no. No, no, no, no, no. No, no, no."

Rachel interviews Greg Whiteley, who directed the documentary "Mitt," and learns he's every bit as surprised as the rest of us, and just a little skeptical about how real this Mitt 2016 business actually is.