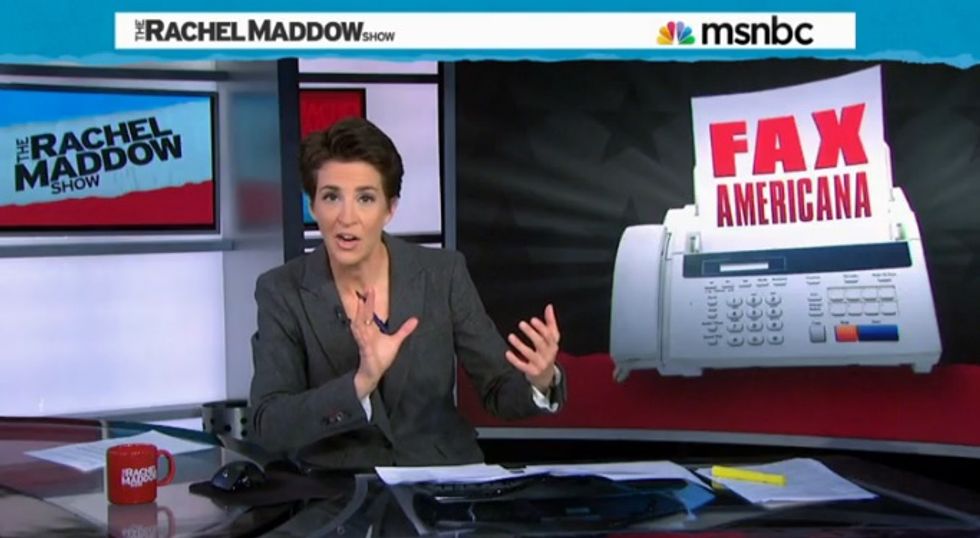 Monday's Rachel Maddow Show kicked off with one of those "where's she going?" bits, about the odd technologically outmoded conversations between Pope Francis and his best American bud, Cardinal Seán O'Malley -- they fax each other all the time, as a 60 Minutes profile detailed this week. Turns out, one of the things O'Malley is big on is immigration reform, and there's the hook for the real focus of this segment: The Catholic Church didn't like several provisions of Ronald Reagan's 1986 immigration reform act, and when Congress couldn't get the votes together to fix them, Reagan issued an executive order to change how the immigration laws were enforced. George H.W. Bush also issued executive orders to exempt some categories of people from deportation. In total, the tweaks allowed some 1.5 million people to stay in the country, without any approval from Congress.

Remember how Reagan and Bush got impeached for acting lawlessly? Ah, but if Barack Obama issues an executive order on immigration, obviously, that'll be unconstitutional and a tyrannical power grab that calls for a government shutdown, what with him not being Ronald Reagan.