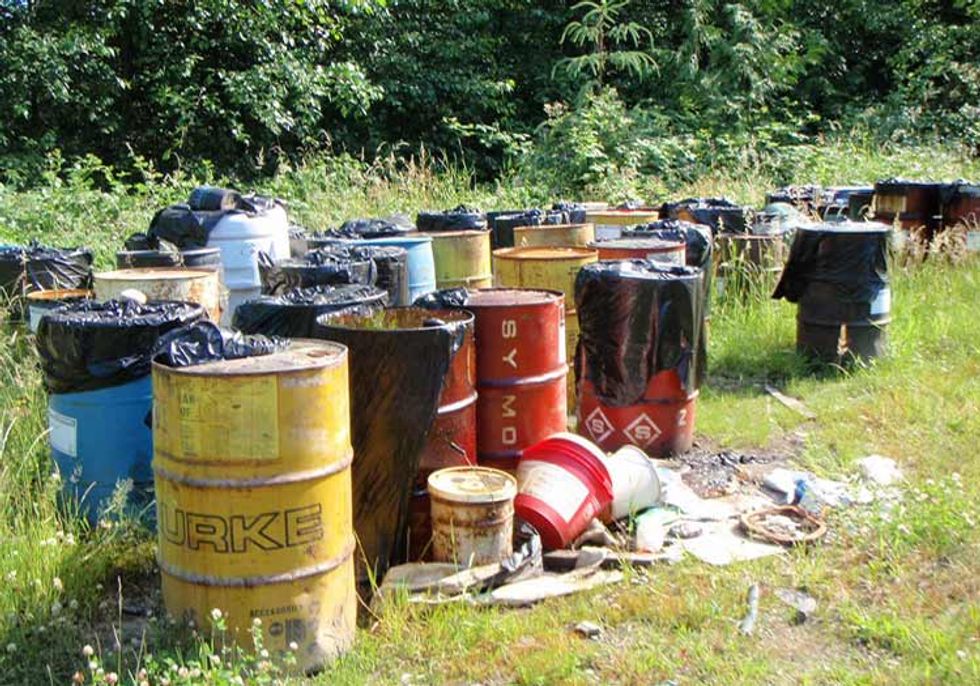 Burn toxic waste at sea? An idea whose time may be back!

For you kids who may have missed the Reagan years, here's a little recap of one of the highlights: Rachel Maddow reminisces about the brief 22-month tenure of Anne Gorsuch Burford as Reagan's head of the Environmental Protection Agency. Yep, that's Gorsuch as in the mother of Neil Gorsuch, Donald Trump's perfectly legitimate Supreme Court nominee who isn't at all stealing a seat that should have been filled by Merrick Garland. Anne Gorsuch Burford was such a friend to the environment that, under her direction, the EPA endorsed burning all the nation's toxic waste on big incinerator ships off the New England coast, an idea so awful that Jacques Cousteau came to Congress to testify against it. And that was just one of her terrific ideas for freeing industry from burdensome environmental regulations. See if this paragraph from her 2004 Washington Post obit doesn't sound a bit familiar:

Oh, wait, that said "Republicans and Democrats alike" were displeased by her attempts to dismantle the EPA. Things have changed over the decades, huh? In any case, here's Rachel with a bit of the toxic family legacy that Neil Gorsuch will certainly redeem with his stellar legal career, you bet:

Do we really need an environment anyway?

It's a nice reminder of what can go wrong with a federal agency when the person appointed to run it is committed to making sure that agency does the opposite of what its job is supposed to be. Gosh, isn't that timely? Except now you won't find many Republicans saying Scott Pruitt is absolutely wrong to head the the EPA.