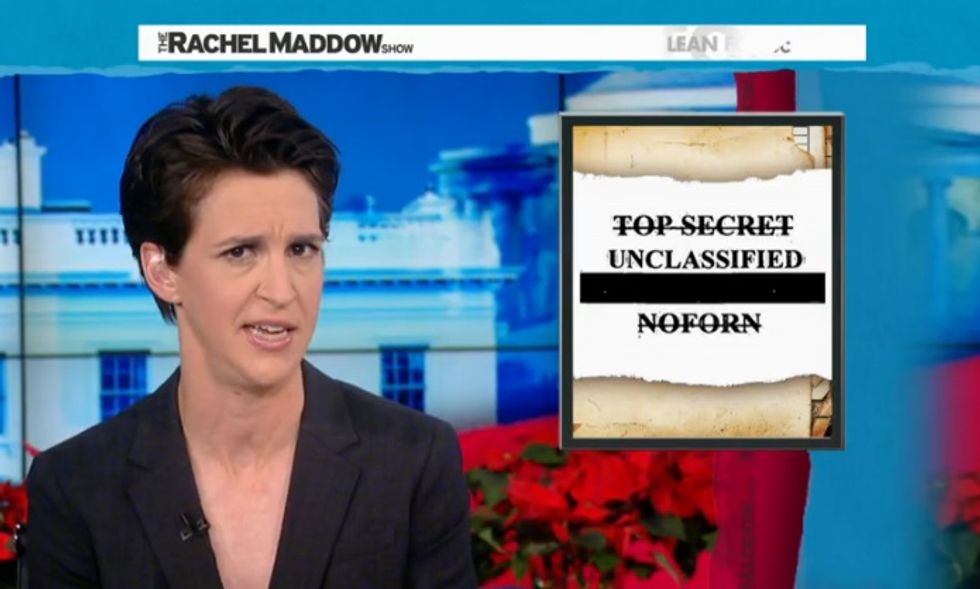 Rachel Maddow started off her Tuesday show with one of those Historical Context pieces she's so fond of, and it was a doozy: the story of Yuri Nosenko, the KGB agent who defected to the USA in 1964. Despite Nosenko's having worked as a double agent and then voluntarily giving the CIA a trove of information, the agency -- hoping to get the real truth on Lee Harvey Oswald -- tortured Nosenko from 1964 to 1967, eventually deciding he'd been truthful after all. Then they gave him a nice pension, a new identity, and a new life somewhere in America. He died in 2008. You'd think maybe the CIA might have learned something about the value of torture in getting useful intelligence. But no, instead we got the Bush administration's torture program, the subject of yesterday's Senate Intelligence Committee report.

And just in case you might have thought the CIA torture program was conducted by serious, steely-eyed men who knew exactly how to get high-value terrorists to reveal information that would save American lives, let Rachel bring you up to speed on just how half-assed and improvisational many aspects of the operation were, particularly at the Afghan site called "Cobalt" in the report, which was commanded by an inept, untrustworthy junior officer on his first overseas assignment.

"It was not just a torture program," says Maddow. "It was a very poorly-run torture program." Please take a moment to copy down this URL for the following clip so you can send it as a reply to every idiot who insists that the CIA was only doing what it had to do to keep us safe. Not so much. Prepare to be enraged: