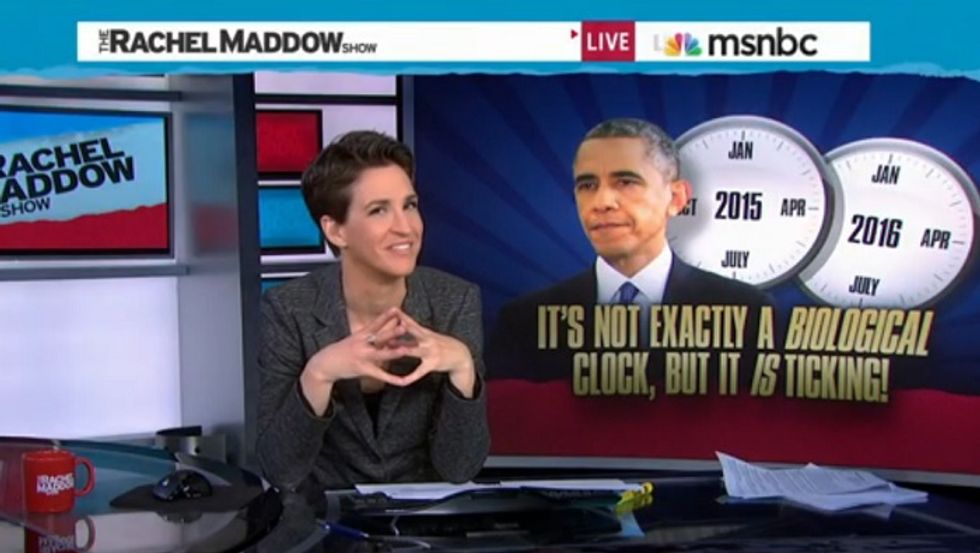 Rachel Maddow kicked off her Tuesday show with some thoughts about what she calls "Presidential Menopause": the last two years of every presidency since Reagan's, in which presidents have to deal with an opposite-party Congress. Barack Obama is about to embark on a two-year stretch where he'll be free of the "burden of legislating any more." No matter what he might say, Obama knows that no major laws are going to get passed in the next two years, except of course for all the repeals of the Affordable Care Act that he'll be vetoing on a weekly basis. But even as Obama enters this period of his presidency that "will be, shall we say, less fertile, in terms of expectations for legislation," it's worth noting that for all the GOP opposition, a heck of a lot of Obama's judicial nominees have actually been confirmed, thanks in large part to last year's rules change that allowed confirmation of non-Supreme Court nominees with a simple majority. Yay, nuclear option.

Which sort of raises the question: If Senate Dems have been using the last days of their majority to confirm some of Obama's remaining appointees, why on earth aren't they staying in town to actually finish the job?