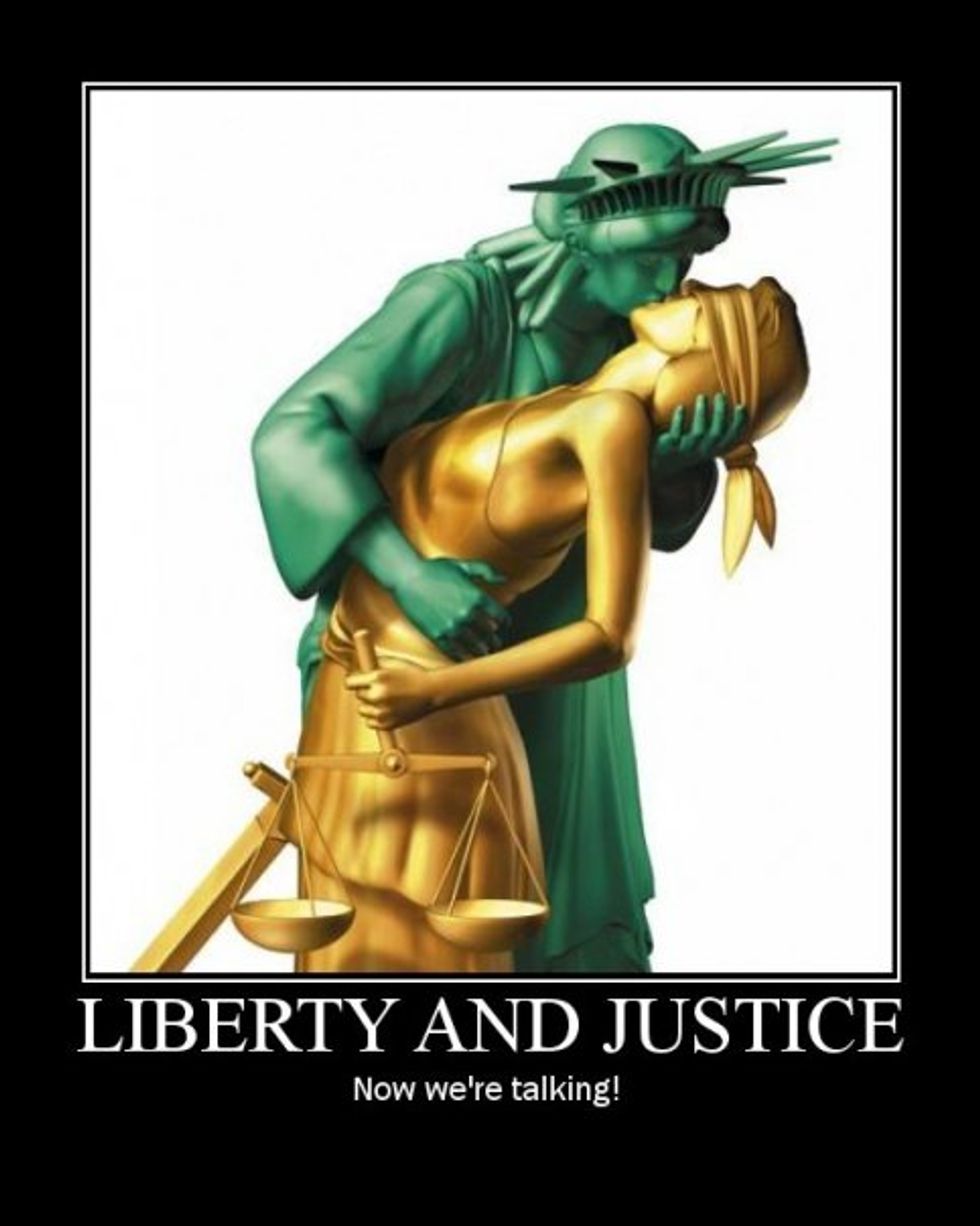 Well here's something kind of cool: Pennsylvania's Attorney General, Kathleen Kane, announced Thursday that shewon't defend the state's dumb ban on same-sex marriage in a lawsuit because she believes the law is "wholly unconstitutional." The state has been sued by the ACLU, which is representing 23 Pennsylvania residents* in an attempt to overturn the 1996 law. Republican Governor Tom Corbett, who supports it, will likely assign the case to state general counsel James. D Schultz.

Kane's refusal to defend the law has ignited the predictable grumbling about How Dare She Put Her Personal Preferences Above Her Official Duty, but Kane says she couldn't defend a law that she believes is illegal:

“If there is a law that I feel that does not conform with the Pennsylvania state constitution and the U.S. Constitution, then I ethically cannot do that as a lawyer,” she said.

So let's have a round of applause for an A.G. who actually seems interested in justice, yay!

Kane's decision drew comparisons to the Obama administration's decision not to defend DOMA and the California government's refusal to use state resources to defend Proposition 8, and has set off similar complaints about the fundamental wrongness of elected officials not aggressively defending laws they are pretty sure are illegal. Pennsylvania GOP chair Rob Gleason said that Kane was "abdicating her responsibilities" and added

"Pennsylvanians are left with the question, if Kathleen Kane’s political beliefs are the standard for law enforcement, what law will she ignore next?"

There's no slope like a slippery one! She probably wants to allow jaywalking and murder, too! Kane noted that Gov. Corbett, who is also a defendant in the case, is not exactly left without resources to defend the law: "I’m not leaving them high and dry,” she said. “They have their own team.”

The ACLU, for its part, is fairly pleased:

Mary Catherine Roper, a senior staff attorney for the ACLU of Pennsylvania, said she and others involved in the lawsuit were "celebrating" in the wake of Kane’s announcement.

"To have the highest law enforcement official of the commonwealth come out and say, 'I agree with you, this law is unjust, that’s huge for us,'" Roper said in a phone interview after Kane’s announcement.

So, way to go, AG Kane! You're kind of like a progressive version of those oathkeeper guys, except for the stockpiling of weapons.

*We can't help notice there's an odd number of plaintiffs -- cue the freakouts about polygamy! Actually, one of the plaintiffs is a widow. Sorry, wingnuts.