Most Voters Still Very Weirded Out By Scary Mormons 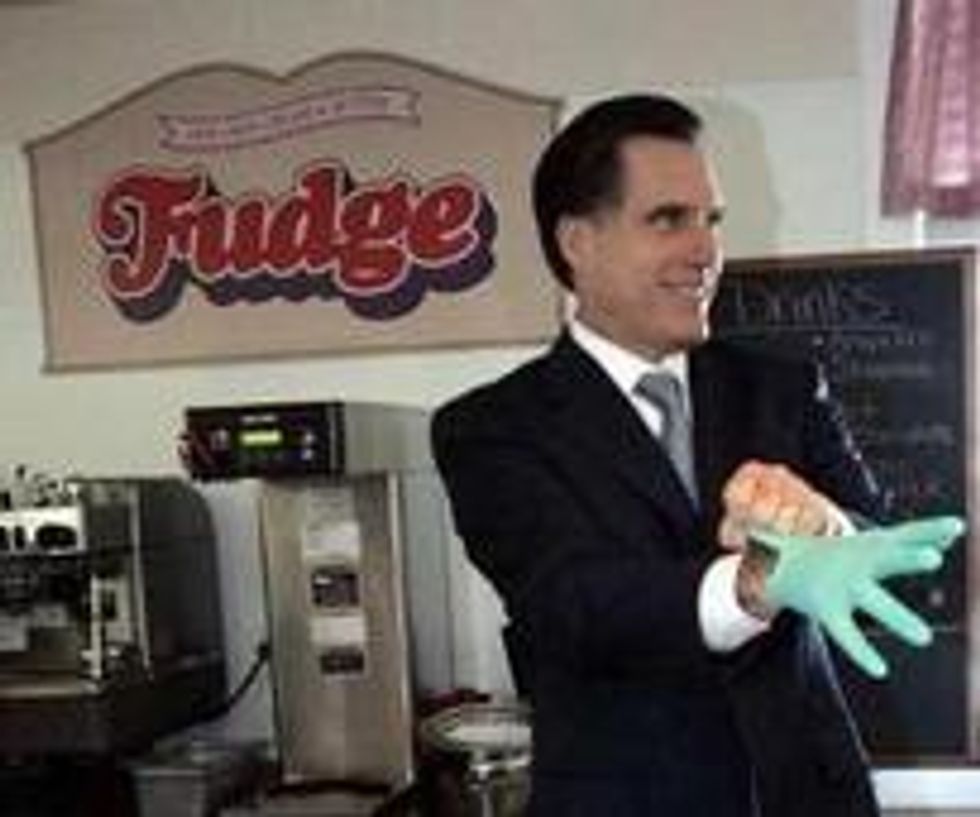 Voters are still vaguely suspicious about the whole "Mormon cult" thing and whether Mitt Romney can be both President and a Mormon. Anew Quinnipiac University poll proves that only 45 percent of voters have a positive view of Mormonism, and 36 percent of voters declare themselves "uncomfortable" about electing a Mormon, because Mormons believe people maybe used to live on the Moon. That's not so bad! George W. Bush believes Jesus was on his side in the Iraq War. Besides, Americans already elected a Kenyan Muslim Socialist and hardly anybody seems to care about that. Mittens should talk about this!

"The fact that less than half of voters have a favorable view of the religion is likely to be a political issue that Mitt Romney, and should his campaign catch on, Jon Huntsman, will have to deal with as they pursue the White House," said Peter Brown, assistant director of the Quinnipiac University Polling Institute.

What can Mittens say to the electorate to convince them he's a proper white Christian American? Mormonism is weird. So are all religions. Mitt can use that argument, and then promise not to use taxpayer money to build landing pads for Elohim's spaceship. Or maybe he could just convert to American Christianity, and stop worshiping moon monsters. [McClatchy]