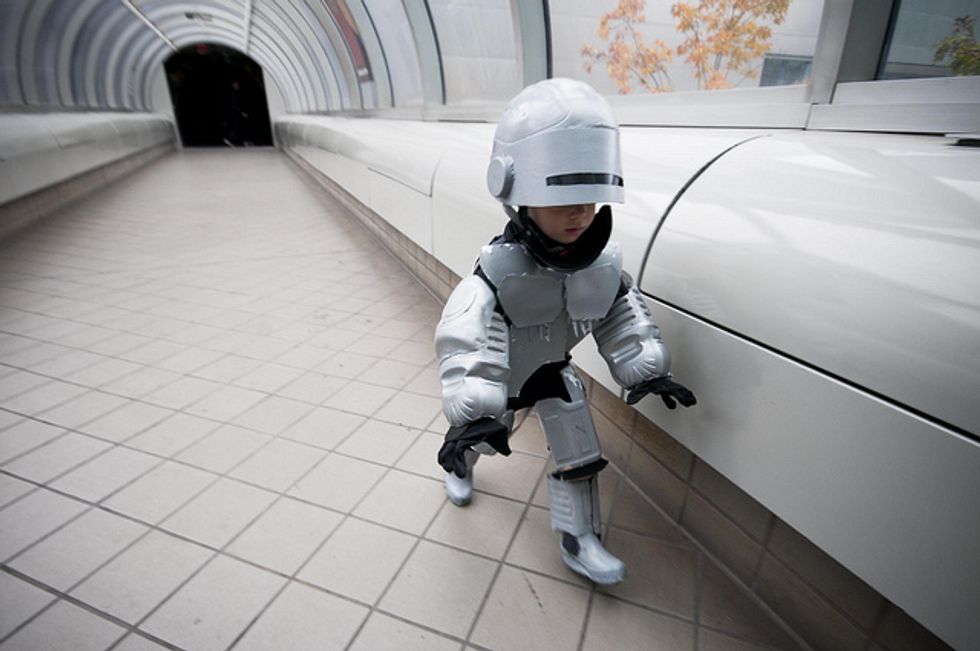 After decades of declining population, factory closures, middle-class flight to the suburbs, and a shrinking tax base,Detroit filed for bankruptcy Thursday, leading to uncertainty about how the city will continue to provide essential services and meet its commitments to retirees -- nah, just kidding, it doesn't have to do any of that. Somehow, the largest municipal bankruptcy in American history was absolutely necessary even as the stock market is hitting record highs, corporate profits are also booming, and the auto industry is coming back from the financial crash. Even the GM bailout has turned out pretty well, and is set to return $1 billion to the Treasury from the sale of the government's GM stock. So obviously, the Detroit bankruptcy is the fault of greedy unions.

The move was not exactly a huge surprise, following Michigan Governor Rick Snyder's appointment of an emergency manager, Kevyn Orr, to oversee the city's finances. With city debts somewhere around $19 billion, Orr was unable to persuade creditors to say "I'd buy that for pennies on the dollar," and so the city had to rush into bankruptcy.

Of course, it couldn't happen without a little bit of extra comic-opera retiree-screwing shenanigans first. The Detroit Free Press reports that attorneys for City of Detroit pensioners and pension funds were on the verge of getting a judge in Lansing to issue a temporary restraining order that would have delayed a bankruptcy, but attorneys for Gov. Snyder asked the group's attorney to delay the hearing for five minutes. During the delay, the state filed the federal bankruptcy case in Detroit. Haha, silly lawyer, you should know better than to let Rick Snyder hold the football!

So what happens next? Lots and lots of federal court filings, arguments about who will get screwed hardest (we are guessing probably not banks), and maybe selling off whatever nice things the city still owns. There's also the question of whether the Michigan Constitution protects pension benefits from bankruptcy, and whether the Emergency Manager law is even constitutional. Who knows, maybe the libertarian loons can even get Belle Isle for their private party city?