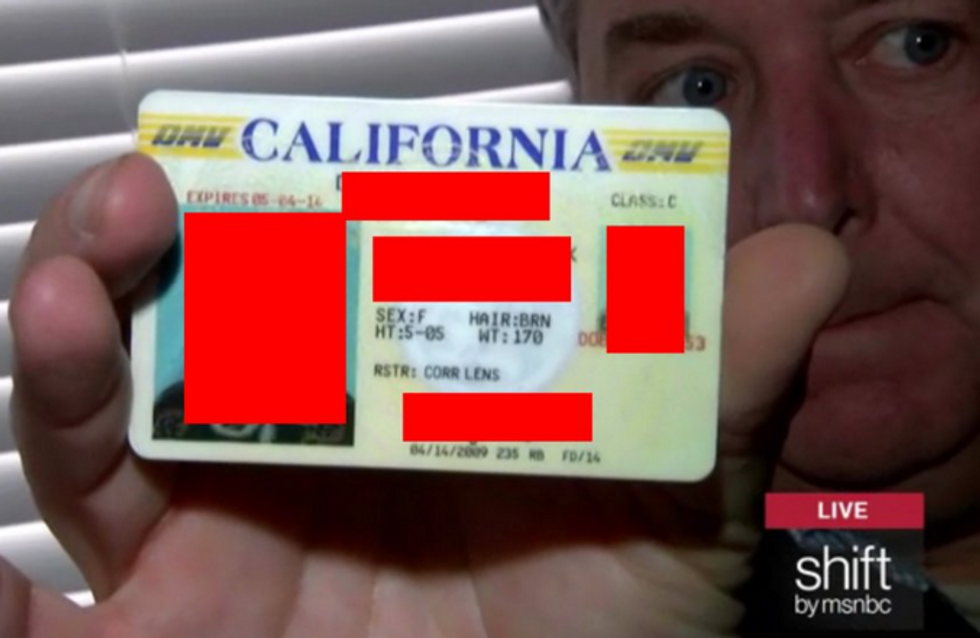 Hey ALL THE MEDIA, you still having fun investigatin' the San Bernardino terrorist attack? (Yes, we can call it that now, because the FBI confirmed it. See how that works, Fox News?) Have you come up with any new ways to completely shit the bed with your reporting, maybe because you thought The Daily Beast was some kind of journalistic inspiration for misidentifying an innocent man (and American hero!) as the shooter, and refusing to back down even though more careful news sources (cough WONKETTE! cough) were telling them they had they wrong guy?

Or MAYBE you heard Donald Trump's thing about how "we have to take out their families," referring to the presumed innocent kinfolk of people related to terrorists and thought, "Now THAT's an idea! How can we, as the shitty, lazy-ass U.S. American news media help?"

MSNBC, however, broadcast its video LIVE, without redaction. In the video (which we will not be showing because #ethics), you can hear someone saying, "Don't show pictures!" Good job, producer or cameraman who is not a goddamned moron! OR IS HE?

Because the network ALSO showed the mother's Social Security card. Nothing so personal as a photograph on there!

Ooh, anything else tacky and distasteful to show the viewers at home?

"Hey little baby! Sorry your parents are dead and stuff, but America is bloodthirsty for information, so smile for the camera! Love, your friends at MSNBC."

The entire time, Alan Greenspan's wife and MSNBC anchor Andrea Mitchell is telling the viewers what they're seeing at home, and not once does she say, "WHOA HEY, maybe we don't want to put people's personal information on the television, especially less than 48 hours after The Daily Beast fucked the goat and possibly endangered the lives of an entire innocent family!" No, she just says it's "extraordinary" how the landlord let all these reporters in to rifle through all these people's shit.

Here's Anderson Cooper talking on CNN about how you know maybe this is kind of weird that reporters are doing this. YA THINK?