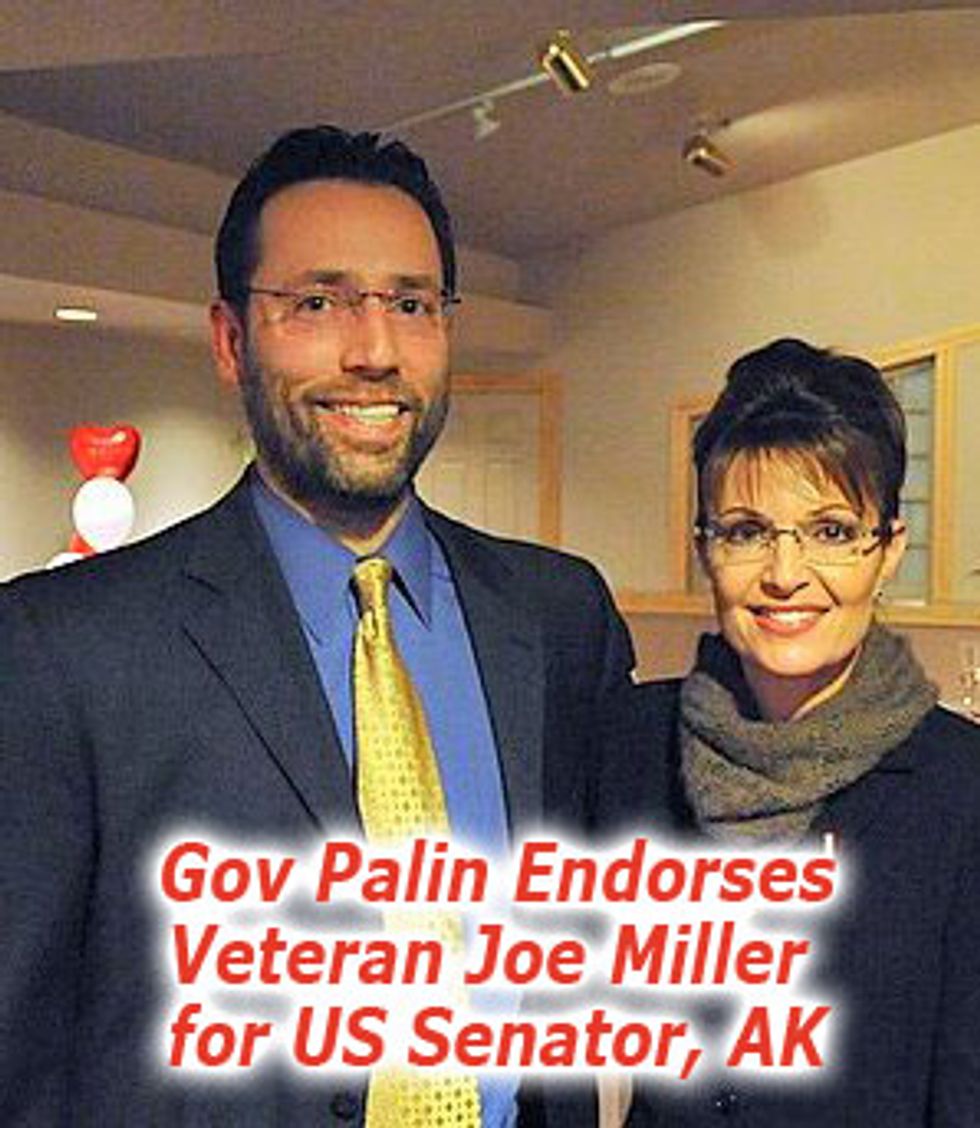 Evil "Alaska Establishment" Senator Lisa Murkowski has finally admitted defeat in her Republican primary race against Yale Law lumberjack Joe Miller. Miller's victory is hailed as a huge Teabagger upset success, because Sarah Palin told Alaska that Joe Miller was so handsome (also every Alaskan phone was molested by mysterious automated messages accusing Lisa Murkowski of being a crypto-Democrat and probably a half-Muslin just for good measure). But anyway! Congratulations, Alaska, you voted for the guy who has promised to stop all federal spending, forever.

You know what this means for Alaska, which is literallythe welfare state, right? It means Alaska will become an enormous icy death colony inhabited only by stray boys and cats -- a terrible land ruled by Sarah Palin and her inbred descendants and terrorized by roaming scooter-armies of Glenn Beck lepers. It means Alaska will finally have "honor," and Sarah Palin finally has a "win" right there in the state she occasionally visits between television appearances and hair appointments. God Bless you Joe Miller, amen.

Although, it should be said, Miller still has to win the actual election in November. But is Alaska too communist to vote for a bearded child who is just starting to realize his next campaign is even more important (to him) than protecting all Alaskans from late-term abortion? [McClatchy/NYT]