'Muslim Free' Gun Range Lady Says Trump Got His Great Idea From Her, You're Welcome 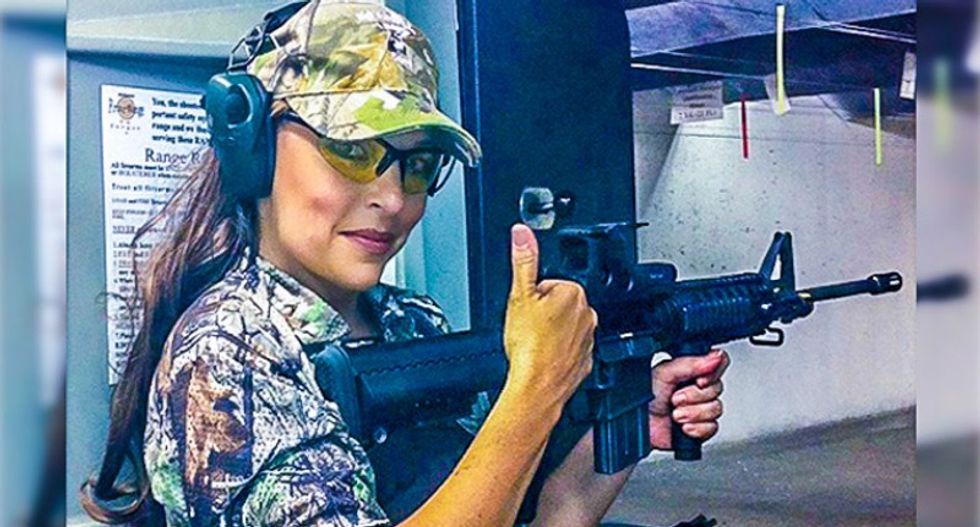 Yep, that Donald Trump sure is a crazy outlier

Hey, remember Jan Morgan, the Great American Hero who started something of a trendlet last year when she declared her Hot Springs, Arkansas, gun range a "Muslim Free zone"? She's now a minor celebrity in the Wingnuttosphere's Muslim-hatin' nether regions, so it should be no surprise that Fox Business would invite her to share her bestial yawpings on Donald Trump's genius plan to keep America safe by making all U.S. ports of entry "Muslim Free zones," too.

On Tuesday's Making Money with Charles Payne, Andrew Napolitano asked Morgan whether excluding Muslims might be a problem, maybe. Morgan somehow managed not to be aghast that anyone would shamelessly trash the Bill of Rights simply for the sake of publicity: