Nader: Barack Obama Is A Cracker 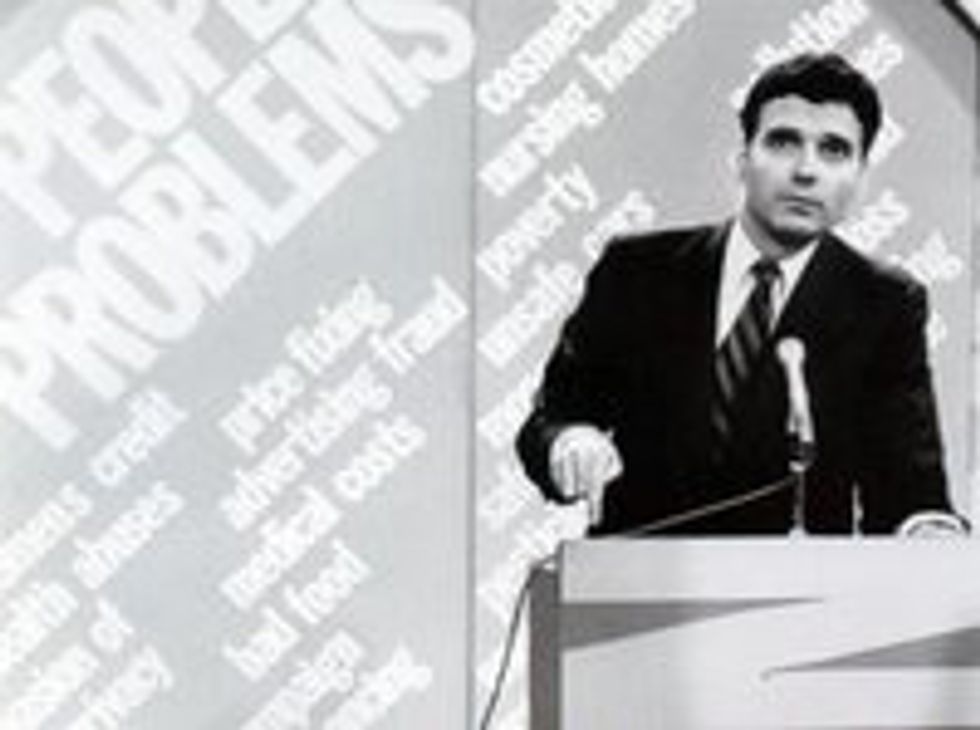 Ralph Nader decided to open his trap about Barack Obama on Monday in an interview with theRocky Mountain News, AND: "There's only one thing different about Barack Obama when it comes to being a Democratic presidential candidate. He's half African-American. Whether that will make any difference, I don't know. I haven't heard him have a strong crackdown on economic exploitation in the ghettos. Payday loans, predatory lending, asbestos, lead. What's keeping him from doing that? Is it because he wants to talk white?" Indeed, why can't Wonder Bread Obama over here find himself a damn niche already? [Rocky Mountain News]