Nancy Pelosi Being Really Mean To Paul Ryan's Stupid Obamacare 'Replacement.' Why Is She Mean? 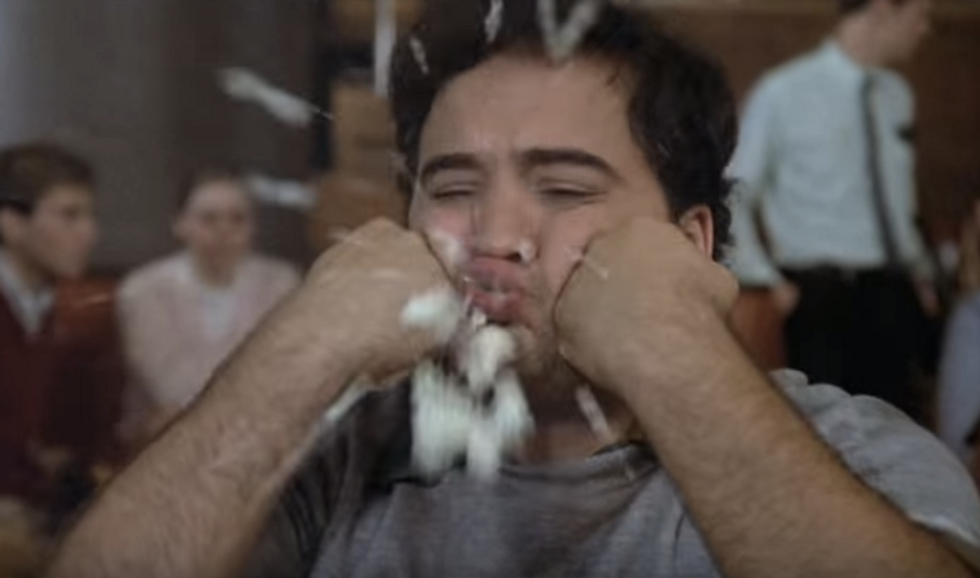 Poor Paul Ryan. All he wants to do is starve some grannies and force-feed imaginary schoolkids paper-bag lunches and repeal Obamacare one million times and also have people think he is sober and thoughtful and not a complete total prick.

So he does his best to come up with a "replacement" for Obamacare, even though there really isn't one as long as you don't want insurance companies to make you die in the streets. His very best! (Sort of. There are lots of sections of his Make America Greaterer Plan that are enticingly placeholdered as "coming soon"!) And here comes Nancy Pelosi to be a total bitch about it and call it a "zit" (real quote) and say it's not even a bill! It is like in Parks & Rec when Leslie debates Paul Rudd, who is stupid, and he is like "that really hurts my feelings," and how do you even pivot from punching a baby in the face?

But instead of feeling bad for Paul Ryan, who is a grown-ass man who lies a lot, let us instead read Nancy Pelosi's comments on his tire-fire Obamacare "replacement," and snicker like a bunch of real jerks!

“It’s not a bill. It isn’t scored,” Pelosi said in a Wednesday roundtable with reporters. “We’re trying to figure out how many people would lose insurance.”

Ryan’s plan, released last week with much fanfare, calls for repealing almost all of the Affordable Care Act and replacing it with a mix of small-ball measures, like setting up “high-risk pools” for people with costly illnesses and raising premiums for older consumers to lower rates for younger adults. In some cases, it would allow health insurers to return to the practice of denying insurance to people with pre-existing conditions.

But the plan is nowhere near the full-scale replacement of the Affordable Care Act that Republicans have been promising. It has no details on costs, the size of its tax credits or how many people would be covered (or not covered).

Well that's how HuffPo describes it. How does Wonkette describe it?

Now back to Pelosi please, HuffPo:

“The big zit on the face of his proposal is the raising the age ... for Medicare. I mean, that’s a nonstarter,” said the California Democrat. “So if you didn’t need to know anything else about his proposal, know that.”

The Republicans finally have a plan to replace Obamacare! It's really more of a wish list for brainstorming what a plan might look like, after some planning.

Paul Ryan releases his plan for 'A Better Way' for America. Sort of!

She didn’t seem particularly concerned about it going anywhere, though. That may be because it’s been 2,288 days since President Barack Obama signed the Affordable Care Act, and despite dozens of repeal votes and vows to replace the law with something better, all Republicans have to show for their efforts is a 37-page document that looks more like a wish list than a serious health care plan.

“It isn’t legislation,” she said. “Maybe when they ever decide to write legislation, they’ll get a score on how much it’s going to cost, how many people will lose coverage, and we can make a judgement about it.”

THERE'S NO E IN JUDGMENT HUFFPO, GODDAMMIT. But to more important points (as if anything could be more important than that!) -- be careful, Nancy Pelosi. It's not nice to point out dumb sacks of shit are dumb, and contain shit.