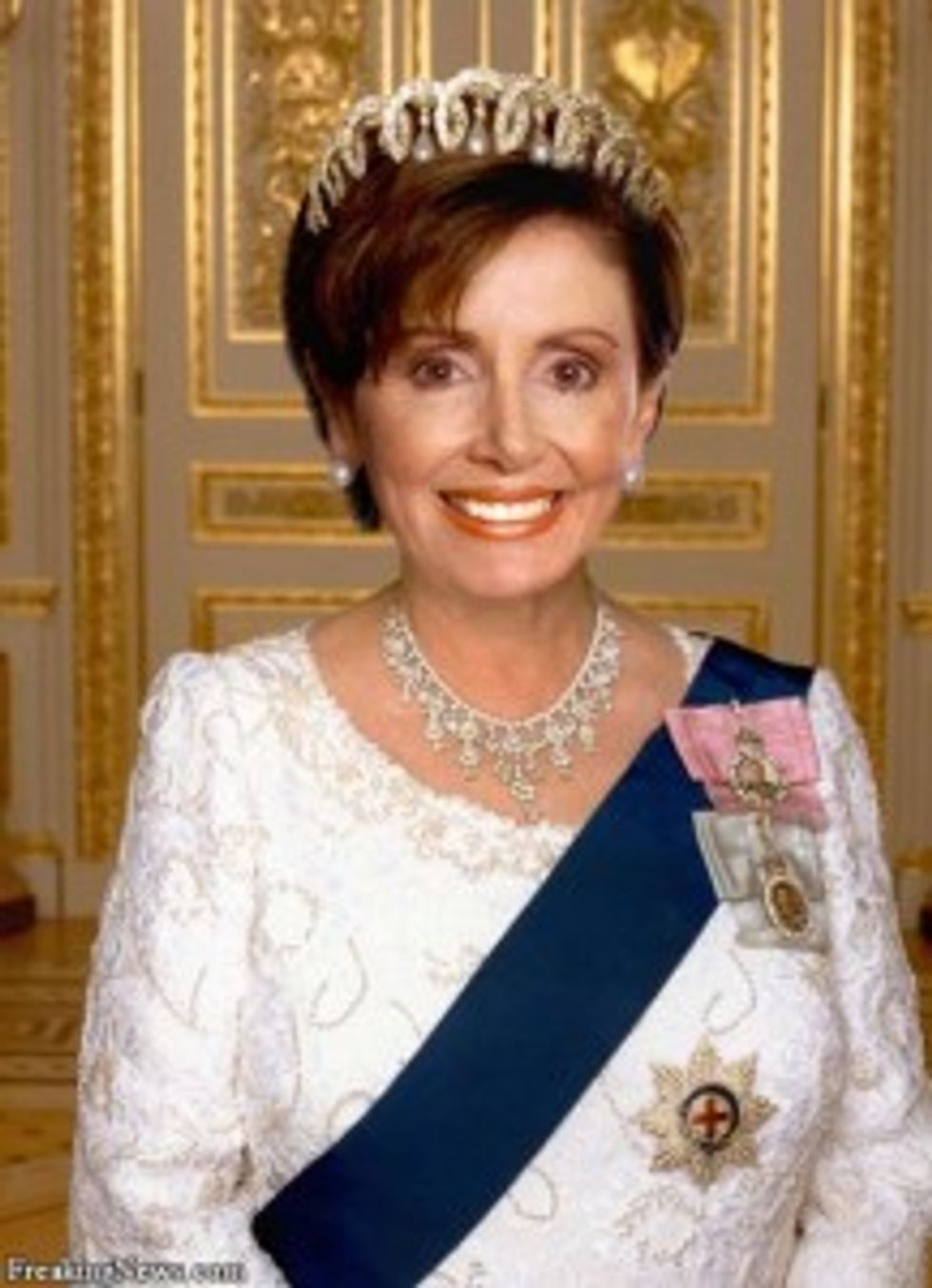 Nancy Pelosi called a little press conference the other day, to show off some "energy-saving" light fixtures recently installed in one of the House lunchrooms. These fancy new lights are tricked out with motion sensors and sunlight-controlled window shades, and will reduce the government's light bill by at least $41 dollars over the next decade, as long as everyone remembers toplease turn them off upon leaving the room. But these things also cost America's taxed-to-death hobos $140,000, prompting patriot-bloggers to action. Now U.S. House Rep. John Campbell of California is also doing something about the irresponsible spendthrift Nancy Pelosi by having his staffers post his press release on TheHill.com, America's favorite blog.

"The sheer amount of spending that has gone on in this town for the preponderance of this year and the last is simply staggering. Whether it was the stimulus bill at the beginning of 2009 or the health care bill at the beginning of 2010, and everything in between, most Americans understand that the spending levels are simply out of control … and are continuing in ways that are both big and small. But I assure you, even the instances that receive less media attention, they are every bit as egregious."

This is what we get for letting shopaholic ladies play with our most precious resource, the taxpayer monies. If responsible car salesman John Campbell had $140,000, he could buy a copy of The Fountainhead for every intern on Capitol Hill -- as he does for his own interns, who work for free all summer long, for fiscal conservatism. WAKE UP AMERICA! [TheHill.com]