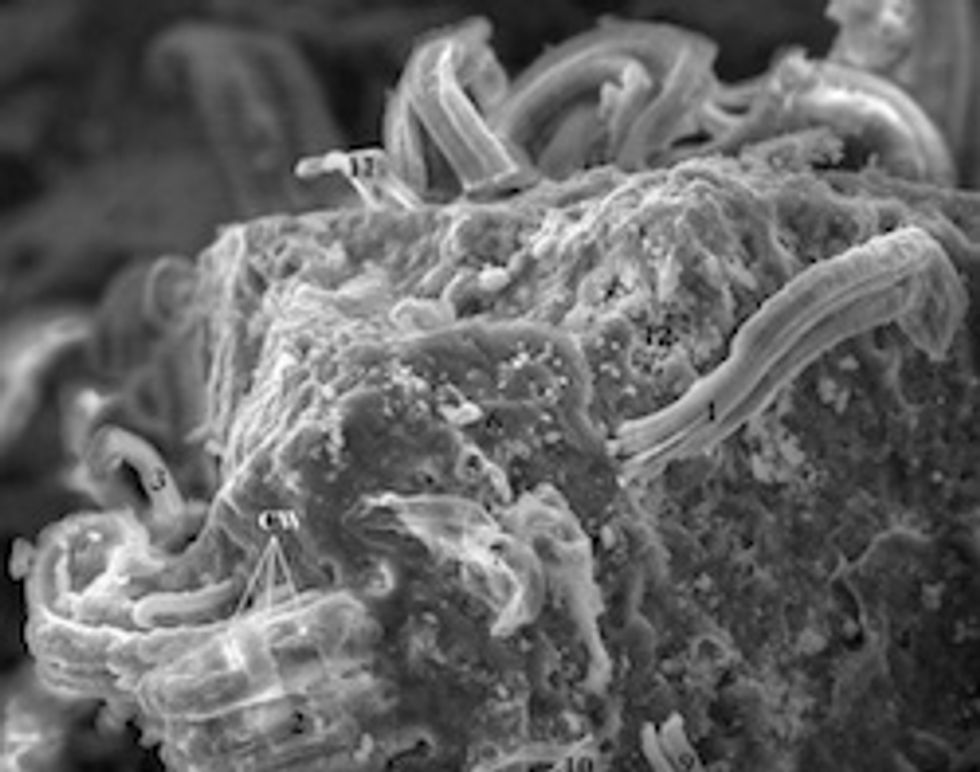 Look up there tonight, in the sky. According to adistinguished scientist at NASA's Marshall Space Flight Center, a whole bunch of bacterial life arrived here on Earth inside a rare kind of meteorite that just happens to break apart on contact with water. Do those people always giving you hell look like aliens? Maybe they are ... just like you! We might just be the worst space aliens in the universe. This, at least, explains Mitch McConnell. Anyway, it seems we have something close to proof that life is not unique to Earth. With thousands of planets discovered in the past couple of years and billions of planets likely in our own little Milky Way galaxy, the whole "we are alone in the universe" special story was getting pretty beat up. Now, we can all acknowledge that we are descended from common alien space bugs -- barnacles on the Ship of Existence -- and we don't ever have to talk about any of this ever again, right?

For your "lame stream media" verification, go to this CBS News thing or this New York Times thing.

But for the actual sexytime alien dirt, read the abstract of NASA astrobiologist Richard Hoover's research in the Journal of Cosmology. It's got stuff like this:

Field Emission Scanning Electron Microscopy (FESEM) studies of the interior surfaces of freshly fractured CI1 carbonaceous meteorites carried out at NASA/MSFC resulted in the detection of a diverse suite of large and complex filamentous microstructures embedded in the matrix of carbonaceous meteorites. Energy dispersive x-ray analysis of these structures reveals that these filaments are permineralized with minerals rich in magnesium and sulfur. Most of the filaments are encases within a carbon-rich external envelope. Images and EDS elemental data for several selected filaments are presented. To increase readability, the interpretation for each set of images is presented immediately after the Observational Results section for each Figure.

In other words, there are little snake-y bacterium in these things. Also:

This finding has direct implications to the distribution of life in the Cosmos and the possibility of microbial life in liquid water regimes of cometary nuclei as they travel within the orbit of Mars and in icy moons with liquid water oceans such as Europa and Enceladus.

[Journal of Cosmology via Cryptogon]