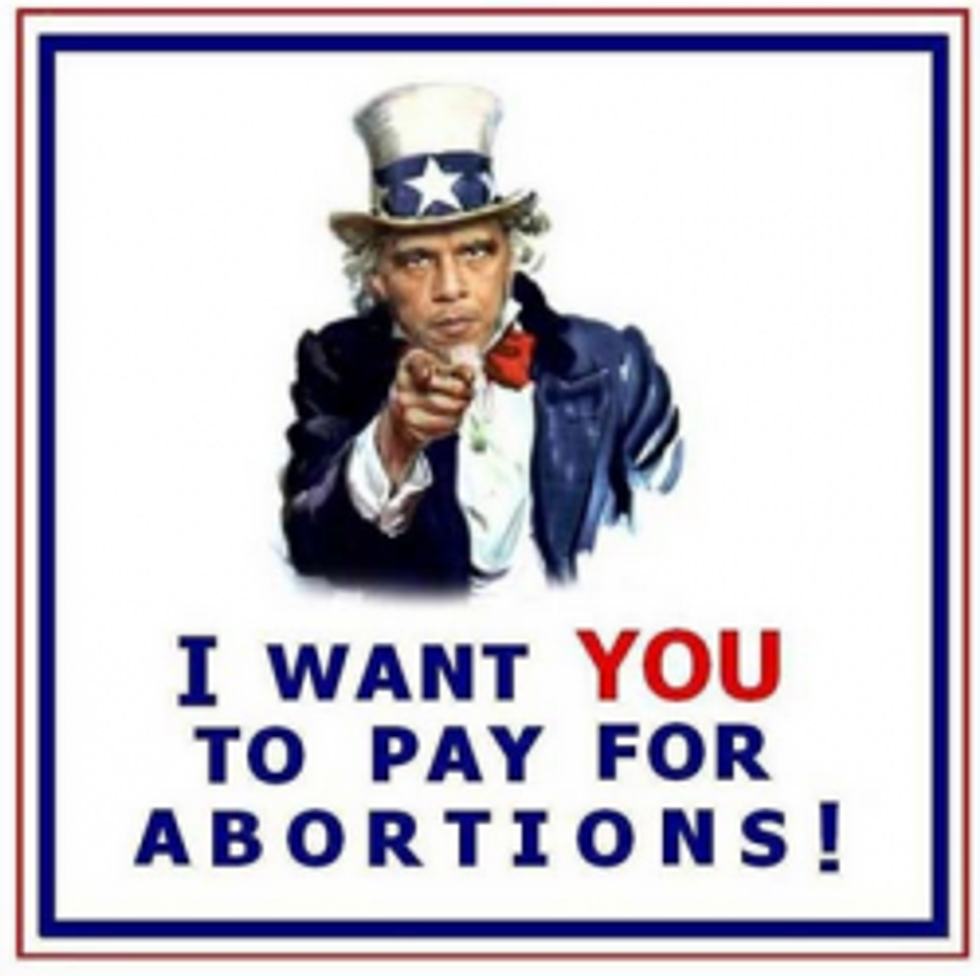 Libruls really hit the holiday jackpot this week! First, we had Martin Luther King, Jr. Day and Inauguration Dayat the same time, which appropriately coincided with the made-up Fox News holiday, "Sadness Day" (a holiday Olds celebrate by eating burnt pot roast and scowling at Wheel of Fortune). But the fun did not stop there!

Yesterday marked the 40th anniversary of Roe v. Wade, which is a Supreme Court decision that lots of people have heard of, yet as the New York Times points out, remains a mystery among the vast majority of America's tween population, who recognize abortion as that thing that will get an episode of their favorite Canadian teen drama series banned on Nickelodeon.

In case you did not know, Roe v. Wade is a thing that the overwhelming majority of Americans think should stay, But there is that pesky 24%, which happens to be loud and equipped with unlimited poster board and free time to stand around outside clinics. We are a nation divided and confused!

Let us dive right in with perhaps the creepiest and cringe-iest celebration of the Roe v. Wade anniversary, this video from the Center for Reproductive Rights. In it, a teevee actor hits on us, kind of like Lena Dunham talking about banging Barack Obama, but this time about abortion. Or something? He keeps calling us "baby" and is holding one of those roses from The Bachelor, so probably the girl who gets the rose gets to have an abortion. This video has been very devastating to people who are outraged by sexual innuendo, black people, and abortion, so be sure to share it with grandma!

There were, of course, protests yesterday, featuring the usual collection of mind-bending slogans, for example, “Jan. 22, 1973: A sad day for America’s unborn children," to which one could respond, "Jan. 22, 1973: Or, you know, probably a relatively okay day, because little inanimate blobs cannot feel sadness, because blob."

And lastly, because abortion is actually not that fun to talk about, here we have some good ol' hypocrisy on the part of a good ol' Catholic hospital in an attempt to save its own butt. Turns out fetuses are not people when you are being sued for malpractice, and it's suddenly kind of profitable to differentiate between living people who have been born and fetuses who have not been born. Thank you for your courage, Church.