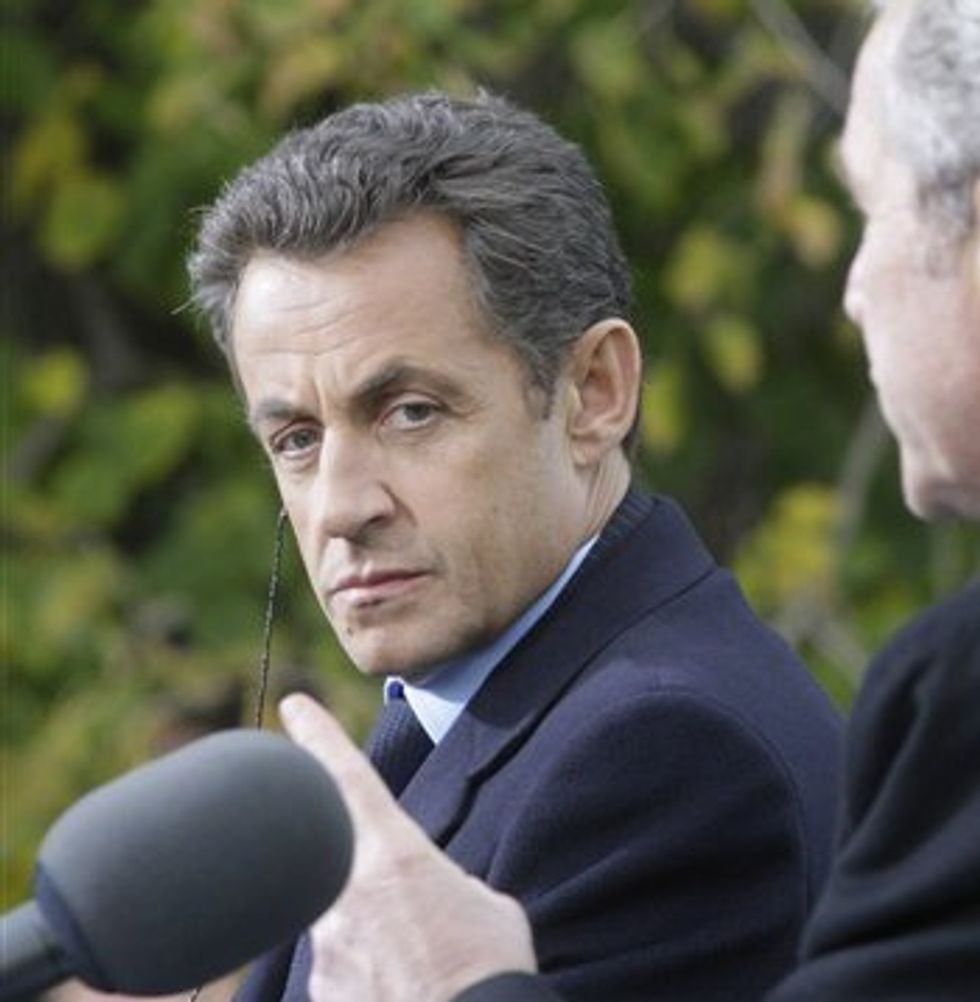 HO HO HO, HEE HEE HEE, what is ZEES?!Zey are still rioting, in la FRANCE?! Sacre bleu and mon dieu, whatever is ze guillotineingest nation in all ze world to do? Shall zey take away ze baguettes? Shall zey deport all ze Jews? This nation of fucking pussies, which once slaughtered its finest bewigged elite and called this murderous rampage a victory for democracy, cannot handle that its unwashed masses are on strike. The best part, of course, is the reason they are rioting: proposed changes to retirement plans fueled by milk suckled from the government teat. These lazy fucks are incensed over a proposal to change the minimum retirement age from 60 to 62. Sixty nique-ta-mereing two! President Nicholas Sarkozy took a break from banging the shit out of a fabulous aging supermodel/chanteuse in order to say big-boy words to his seething country of sloths.

Referring to several days of clashes between the police and protesters in Lyon, which continued on Thursday, Mr. Sarkozy said the “troublemakers will not have the last word in a democracy, a republic.”

“It is not acceptable,” he said. “They will be stopped, tracked down and punished, in Lyon and anywhere else, with no weakness. Because in our democracy, there are many ways to express yourself. But violence is the most cowardly, the most gratuitous, and that is not acceptable.”

Here is the thing: he is 100% correct, and these stupid babies will not hear it. They would rather luxuriate in their wine-soaked diapers and prevent fellow citizens from filling up their teensy tiny European gas tanks and chasing the nearest impish red balloon to their twee jobs as bakers and candlestick makers and organ-grinders. Because of these radical union ruffians, the French organ-grinding industry has ground to a halt! Everywhere, pet monkeys are out of work, and their little hats sit forlornly atop their little heads. And the monkeys, they smoke, they smoke and they smoke some more, and they gaze into the distance, and they wonder why they got into this business, and what the point of life truly is, anyway. Then they turn to the newspaper to read more quotes from their leaders!

When you literally have to explain to your citizens in teensy-tiny words that the right to protest is not the right to BREAK THINGS or SET THINGS ON FIRE, you know that you are dealing with a subhuman populace. Jesus God, SIXTY FUCKING TWO?! Any self-respecting American works until he or she dies of the diabetes at 87, right there at the Wal-Mart cash register, and then an addlepated greeter hustles the body out of sight. Not so for the disgusting French! Every American ought to take a shit on his/her VHS copy of My Father the Hero in protest. [NYT]