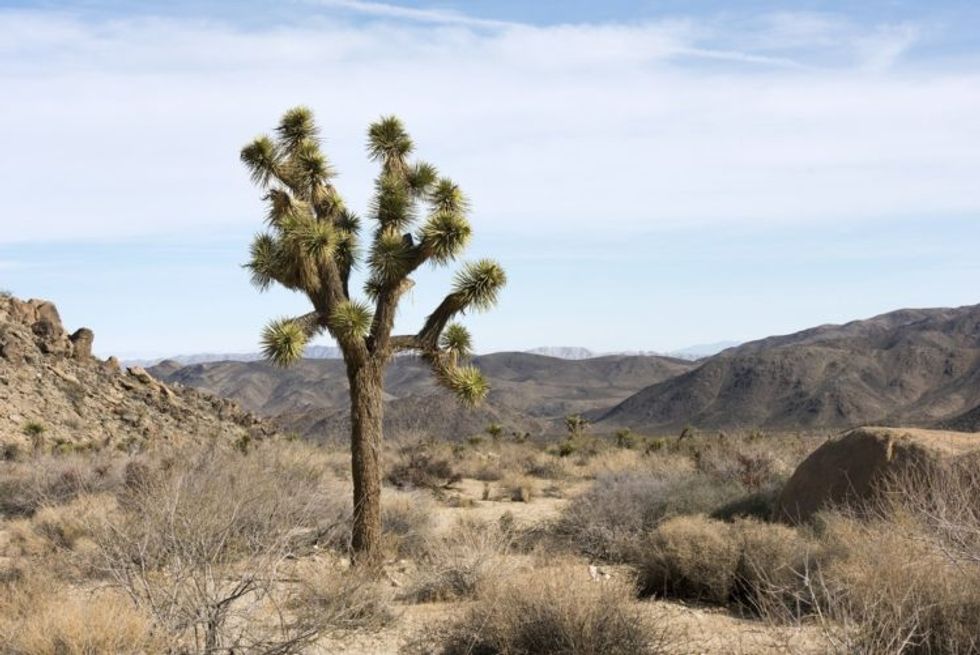 It's gettin' hot in herre, so take off all your science

Staff at Joshua Tree National Park tweeted over a dozen inconvenient facts about climate change back in November. That didn't go over well with the powers that be at the Department of Interior, where the official word is now that there's no such thing -- or if there is, we certainly don't waste taxpayer money talking about it, since that might be bad for our friends in the coal industry. So to teach these meddlesome national park people a lesson, Interior Secretary Ryan Zinke last month summoned Joshua Tree's superintendent, David Smith, to Washington so Smith could get a direct tutorial in what science is and is not allowed for public consumption. While Smith didn't face any disciplinary action, the message to Park Service troublemakers was clear: Step outta line, the Man come and take you away.

The liberal monsters at Joshua Tree brazenly presented factual information about how the desert southwest is being affected by global warming, even though a majority of Trump voters know there's no such thing as science:

In reply to the tweet noting that Joshua trees are actually dying out in the park as the climate heats up, some smartass suggested that the park might have to be renamed "Earth Incinerated National Park," to which the Joshua Tree park personnel even replied with more science, not snark:

Clearly unacceptable, and the ranger who wrote that didn't even acknowledge how much fun it is to rip up the desert while roaring along on an ATV. Still, we can see why the folks at Joshua Tree may be concerned about this "climate change" thing, given that the park itself appears to be an endangered species:

See? They're just worried about their cushy government jobs, which depend on there being anything of interest in the park. "Blasted Lifeless Wasteland Park" won't sell on a t-shirt.

The Seven Words You Can't Say At The CDC

So Zinke summoned Joshua Tree's chief nature boy to the Interior Department Mothership, took him to the woodshed and showed him something nasty to make it clear that "climate change" is yet another of the Words You Can't Say, according to "two sources close to the situation" who spoke to The Hill about Smith's dressing-down. Since the tweets didn't actually violate any official policy, they were allowed to remain on the Joshua Tree Twitter account. But Zinke also made it very clear that he wanted "no more climate tweets," according to one source.

November's series of tweets ended by urging readers to check out Joshua Tree National Park's webpage on climate change, which, incredibly, remains active. Maybe we shouldn't call too much attention to it.

The climate fuck-tussle was reminiscent of that episode early on in the Trump administration when a rogue former employee at Badlands National Park seized the means of twitter production and twote out a bunch of forbidden climate information. That time around, the tweets were taken down since the former employee wasn't supposed to still have access to the account.

Needless to say, the Interior Department is staying mum on what Zinke actually discussed with Smith, because information is dangerous and the government certainly isn't going to talk to any damn fake news journalists about it, or let Ranger Smith out of lockup to talk about it either:

Smith did not talk to The Hill for this story, and the Park Service did not make him available for an interview.

Heather Swift, a spokeswoman for Zinke, denied the description of the meeting.

“You have been given really bad information,” she said, declining to elaborate or to make Zinke available for an interview.

Nothing to see here -- just like "climate change." Wouldn't you like a nice big tax cut for the rich instead? How about some coal for Christmas dinner?

Yr Wonkette is supported by reader donations. Please click here to send us money. We're gonna get us some stillsuits before the whole planet goes Dune.