National Review Redefines Abortion To Mean 'Having A Uterus,' Basically 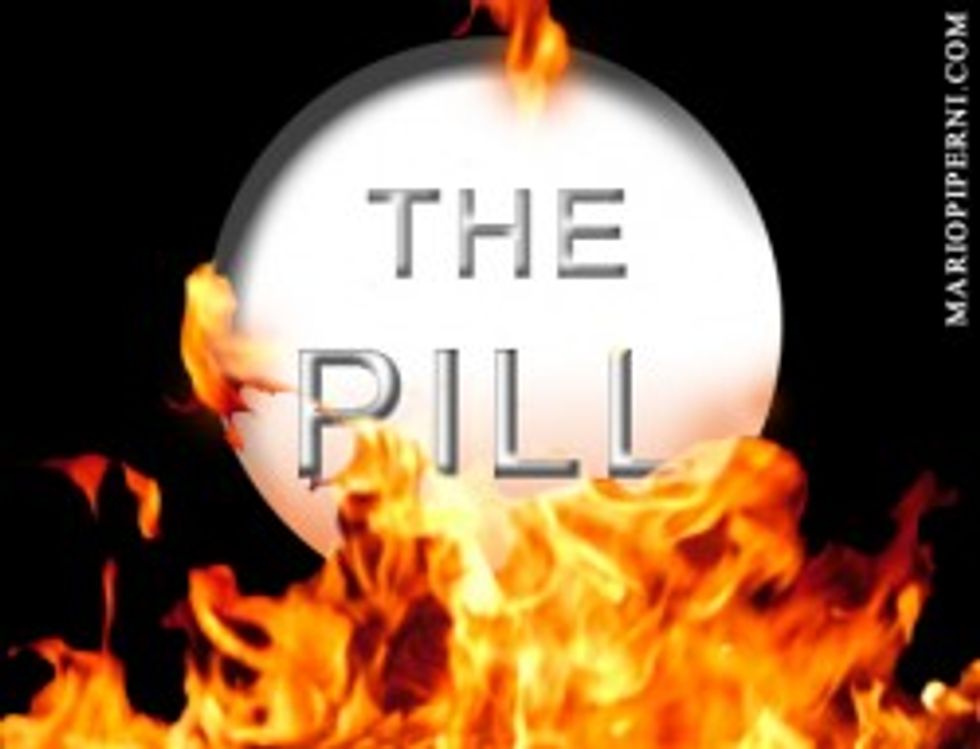 Oh HI, what were those pro-genocide anti-woman mass-murdering abortionists up to this weekend? Nothing much! Justusing a quaint mix of “facts” and “reason” to explain (AGAIN) that morning after pills (a.k.a, “the so-called morning after pill,” a.k.a. “morning after abortion pills," a.k.a “a shot of estrogen,” a.k.a. “abortive pills”) do not actually cause abortion. This is because there is no embryo for the pills abort, a fact supported by “the latest scientific findings” which, among other things, show that the pills work by delaying ovulation so that sperm can’t fertilize an egg to create an embryo. The fact that  “science,” “expert opinion,” and “facts” show that the morning after pill does not cause an abortion, to the New York Times, means that:

“Religious conservatives are losing one of their primary arguments for trying to ban the morning-after birth control pill that can prevent pregnancy if taken within days after sexual intercourse. They and their political allies have long contended that the pills work by aborting an embryo at the earliest stages of development.”

You stupid liberals, bringing FACTS to an IDEOLOGY fight! If an “abortion” means “removing an embryo or fetus from the body in which it has taken up residence” then no, the morning after pill does not cause abortion. But! Since abortion now means “anything a woman does to control her own reproductive capabilities,” then according to Donna Harrison over at the National Review Online, OF COURSE the morning after pill is TOTALLY an abortion:

Any drug which can act to prevent pregnancy after a woman has ovulated must have some post-fertilization effect. Whether it kills the embryo directly, or prevents the embryo from travelling down the tube, or prevents the embryo from implanting, or interferes with ovarian function, or increases immune rejection of the embryo, or directly destroys the placenta, some mechanism must be in place to interfere with the normal embryo functioning and then kill the living embryo.

Hear that, ladies? Do not under any circumstances breast feed, because breast feeding prevents women from releasing a hormone that is necessary for ovulation, thus leading to “abortion." Oh and this is crucial: do not drink coffee. Too much coffee can affect the fallopian tubes, which can affect ovulation, and cause “abortion." And let's not even talk about menopause. But finally, the most important caveat of all is that women no longer have to actually be pregnant to have an “abortion,” given that an “abortion” can occur without an actual embryo or fetus present. In other words (Amanda Marcotte's words, to be precise): Like Jesus Christ said, it's important to throw stones at the sluts, but when called out on it, deny that's why you did it.

Until we can get the political capital to  jail female fornicators, at which time, go for it.