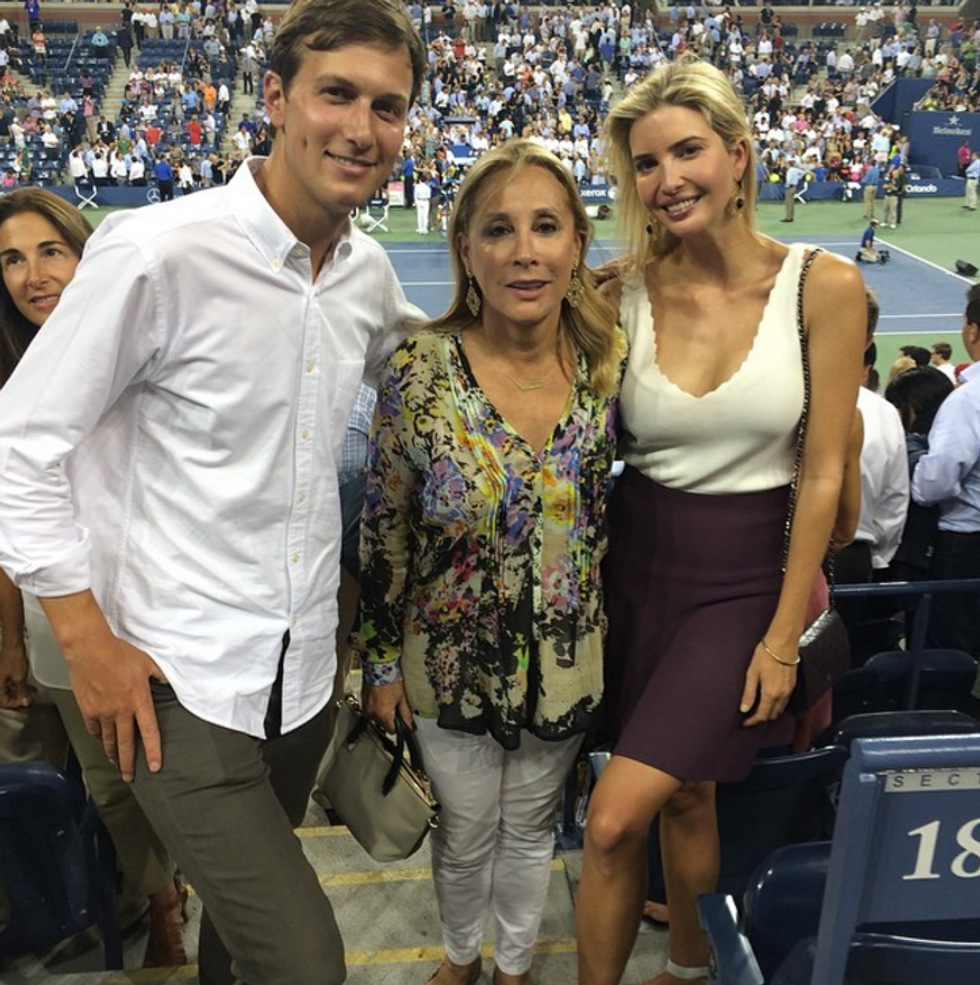 The Washington Post has ruined our Friday night AGAIN, this time with news that Jared Kushner, the 36-year-old real estate developer son-in-law of President Donald Trump, when secretly meeting with Russian Ambassador Sergey Kislyak and then declining to list it in his security background check forms, asked the Russian ambassador to let Trump transition officials use secure channels inside the Russian embassy to have secret talks with Vladimir Putin.

The nation's elderly fathers were furious.

The FBI Went To Jared!

"Who does this 35-year-old fucking punk with his 600 million dollars think he is, parading around with Russia and thinking he's going to beat the FBI," old dads, 79, scoffed into the telephone to their daughters, the editrix of the nation's premier mommyblog and recipe hub. The nation's fathers do not care for little fucking punks with $600 million.

"He's not very smart," the nation's daughters explained to their elderly fathers, before regaling them with tales of Jared Kushner's badness at real estate, and why that badness at real estate necessitates an infusion of capital, which dovetails nicely with the meeting set up by Sergey Kislyak for Jared Kushner and a Russian bank, Vnesheconombank (VEB), which is under US sanction. Also, the nation's daughters reminded their dad, Donald Trump too also is not very good at real estate. "So where's all his money from," the nation's dads asked. "Do you really think it's all just from the Russian mob?"

Yes. Yes the nation's daughters do. Plus a little light fraud here and there.

Joe and Mika have HAD IT with Trumpers and their lying.

The nation's daughters forgot to add that the documentation revealed by the Post also confirmed that Kushner and the disgraced then-future/now-former National Security Adviser, Mike Flynn, arranged with Kislyak the secret January meeting in the Seychelles between a Russian emissary and scary weirdo mercenary and brother of Betsy DeVos Erik Prince, formerly of Blackwater, but in their defense the nation's dads are super deaf and they have to yell the whole time they're on the phone.

In other breaking news, the Senate Intelligence Committee has asked the Trump campaign to "gather and produce all documents, emails and phone records going back to his campaign’s launch in June 2015." We're sure they'll get right on it.

Wonkette is ad-free, supported solely by Readers Like You, and is tired. So tired. Money please!