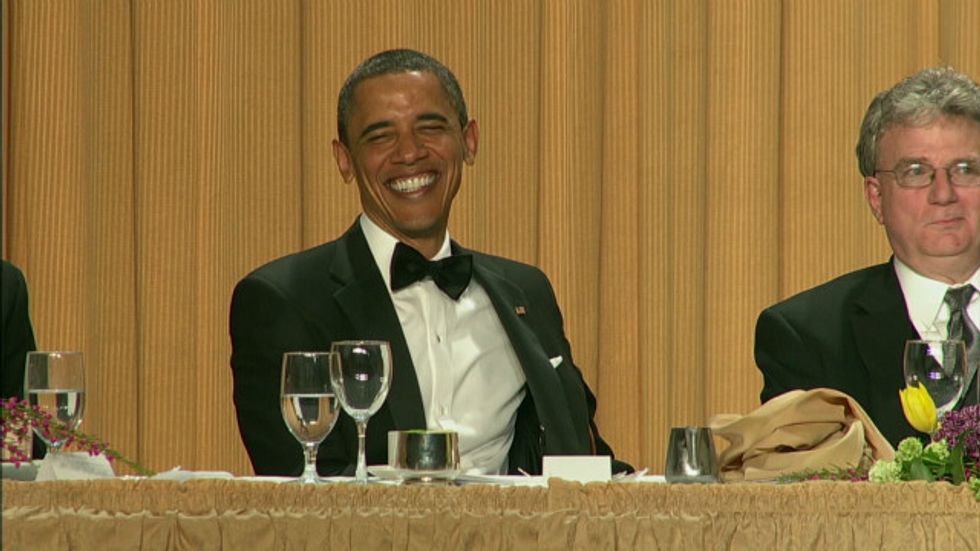 Remember swift-boating? Of course you do, now that the media labels every single attack against a political candidate swift-boating, no matter what it’s about or whether it’s true. But once a upon a time (2004, to be exact), swift-boating meant something. Specifically, it meant lying about John Kerry’s military record and trashing him as a traitor for the very things that made him a decent guy.

Now a group of concerned nonpartisan citizens want us to know how dangerous President Obama is to our national security because of that time he had our military hunt down and kill our greatest enemy. Wait, what?

A group of former U.S. intelligence and Special Forces operatives is set to launch a media campaign, including TV ads, that scolds President Barack Obama for taking credit for the killing of Osama bin Laden and argues that high-level leaks are endangering American lives.

Leaks! Credit taking! Special Operations OPSEC Education Fund, which is not an official branch of the United States military, has released a 22-minute-long movie laying out the case that President Obama is America’s new greatest enemy by not keeping the fact that he killed the last one a secret.

The evidence against President Obama is in the film is overwhelming. It shows:

The nonpartisan Special Operations OPSEC Education Fund helpfully explains how offensive it is that President Obama claims to have “directed” the CIA and military to track down and get bin Laden, despite the fact that that is exactly what we elect a president to do.

To help them make the case against President Obama, the Special Operations OPSEC Education Fund, a nonpartisan organization, hired a former spokesman for President Bush’s director of national intelligence, where he spent his days explaining why the Bush administration had no idea where Osama bin Laden was or what he was doing.

With all this nonpartisan, issue-based advocacy, the Special Operations OPSEC Education Fund is coincidentally helping the election efforts of one Mitt Romney, who said in 2007 that he would not go into Pakistan to get bin Laden as then-candidate Obama said he would (and eventually did), making him the top choice of nonpartisan organizations who apparently wish Osama bin Laden were still alive.