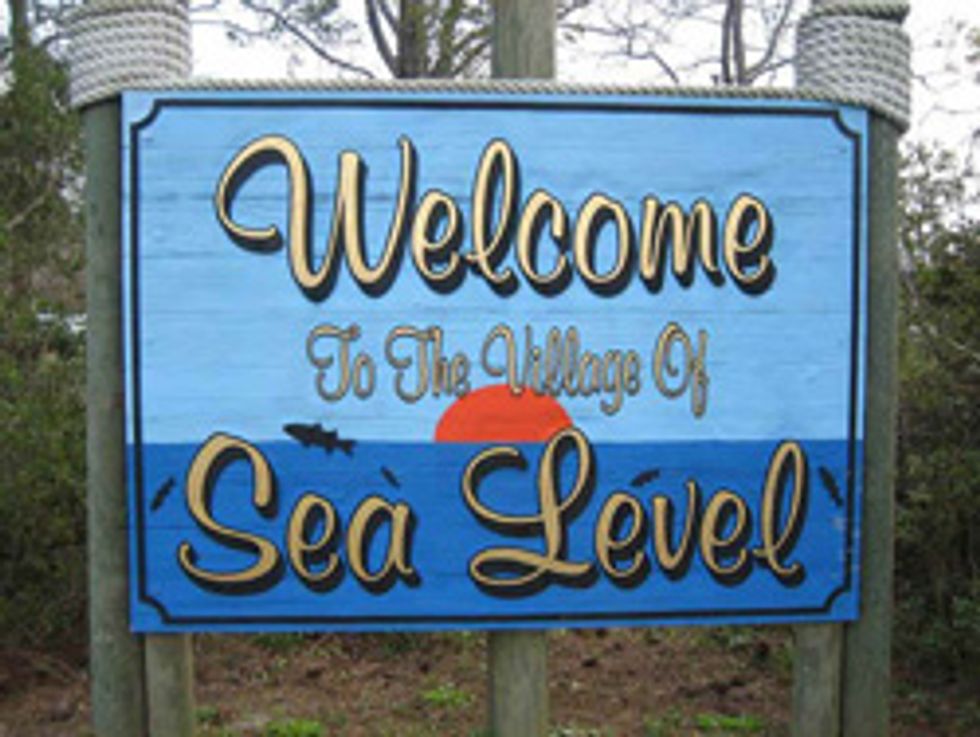 North Carolina science people have determined that coastal sea levels are expected to rise 1 meter by 2100 -- far more than they've traditionally risen, due to the expected impacts of climate change. But developers in 20 coastal counties, see, have determined that such a rise would be bad for development prospects. So they'velobbied the state to lower that forecast to only 15 inches instead, because why not? Fifteen's a nice number. Arbitrary, sure, but can't the scientists just shut up already?

Via the News & Observer, here's the exciting news about North Carolina businessmen telling sea levels to chill out and stop rising so much, at least on paper:

State lawmakers are considering a measure that would limit how North Carolina prepares for sea-level rise, which many scientists consider one of the surest results of climate change.

Federal authorities say the North Carolina coast is vulnerable because of its low, flat land and thin fringe of barrier islands. A state-appointed science panel has reported that a 1-meter rise in sea level is likely by 2100.

The calculation, prepared for the N.C. Coastal Resources Commission, was intended to help the state plan for rising water that could threaten 2,000 square miles. Critics say it could thwart economic development on just as large a scale.

A coastal economic development group called NC-20 attacked the report, insisting the scientific research it cited is flawed. The science panel last month confirmed its findings, recommending that they be reassessed every five years.

But NC-20, named for the 20 coastal counties, appears to be winning its campaign to undermine them.

The Coastal Resources Commission agreed to delete references to planning benchmarks – such as the 1-meter prediction – and new development standards for areas likely to be inundated.

The N.C. Division of Emergency Management, which is using a $5 million federal grant to analyze the impact of rising water, lowered its worst-case scenario prediction from 1 meter (about 39 inches) to 15 inches by 2100.

The Republican state legislators are cooking up their own solution to this problem of evil scientists trying to make predictions based on scientific models: Don't allow them to consider climate change in their models:

They circulated a bill that authorizes only the coastal commission to calculate how fast the sea is rising. It said the calculations must be based only on historic trends – leaving out the accelerated rise that climate scientists widely expect this century if warming increases and glaciers melt.

The bill, a substitute for an unrelated measure the N.C. House passed last year, has not been introduced. State legislative officials say they can’t predict how it might be changed, or when or whether it will emerge.

Also too, we heard from Jesus that the sea levels will never rise. Build away!