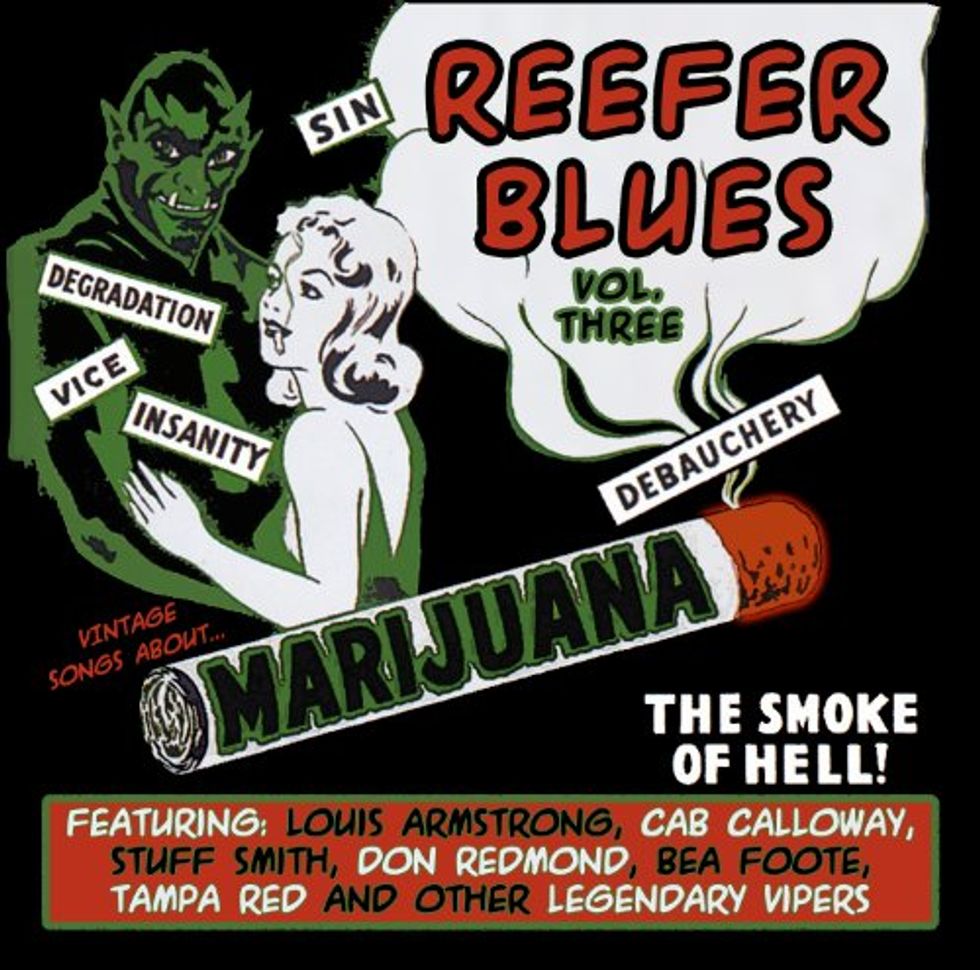 Colorado is coming up on its one-year weediversary! In keeping with the paper gift traditionally given on first anniversaries, two of its neighbors went in on a lovingly handcrafted lawsuit.

In the most serious legal challenge to date against Colorado's legalization of marijuana, two neighboring states have asked the U.S. Supreme Court to strike down the history-making law.

Nebraska and Oklahoma filed the lawsuit directly with the nation's highest court on Thursday. The two states argue in the lawsuit that "the State of Colorado has created a dangerous gap in the federal drug control system."

"Marijuana flows from this gap into neighboring states, undermining Plaintiff States' own marijuana bans, draining their treasuries, and placing stress on their criminal justice systems," the lawsuit alleges.

Nebraska and Oklahoma claim they're out to protect the federal government's drug control efforts in the lawless Rocky Mountain State. They apparently did not get the memo in which the deputy attorney general of the United States informed all federal prosecutors that they should not use "limited prosecutorial resources" to enforce federal drug laws that conflict with state laws. Maybe Nebraska and Oklahoma, who we will refer to collectively as Team NO, are worried that Colorado is bullying the weaker federal government, which is too scared to stand up for itself.

Nebraska and Oklahoma's complaint argues that Colorado does not have authority to pass laws that conflict with the federal prohibition on marijuana. Doing so, the states claim, violates the Supremacy Clause of the U.S. Constitution.

"Colorado Amendment 64 obstructs a number of the specific goals which Congress sought to achieve," the lawsuit states.

Congressional Republicans seem to be doing just fine keeping weed from becoming too respectable, pushing through laws to keep recipients of public aid from buying legal marijuana with government dollars and using the must-pass budget bill to attack the District of Columbia's overwhelmingly popular legalization measure. Anyway, the meat of Team NO's beef with Colorado is that they don't like the wagons full of weed rolling across the border into their pristine lands.

[M]uch of the complaint focuses on harms the two states say have come to them as a result of legal pot sales in Colorado. The lawsuit says the states have suffered increased costs from arrests, the impoundment of vehicles, the seizure of contraband, the transfer of prisoners, and other problems associated with marijuana — which is strictly illegal in the two states — flowing into Nebraska and Oklahoma. The states say the problems amount to "irreparable injury."

The lawsuit does not cite any figures to back up the claims.

Having declined to put a dollar amount on the "irreparable injury" they're suffering, Team NO might run into a few problems showing that they've been harmed by Colorado's legalization of marijuana, and it's not clear to Wonket Legal that they have any plausible standing to punch back at Colorado on Uncle Sam's behalf. We would also like to point out a report, cited by the Denver Post, that while the number of pot busts by the Nebraska State Patrol has gone down, the cash seized in such operations has nearly doubled. What are they complaining about? Everyone knows that money you take off drug dealers is manna from Heaven!

The U.S. Supreme Court is the first stop in a legal fight betwixt states, and we trust that the crew who brought us the Hobby Lobby ruling will come together sensibly to apply sound legal principles when deciding whether to hear Team NO's case. And if/when a bare majority rules that, states' rights be damned, the uptight uncles among Colorado's border states are allowed to re-criminalize pot, we look forward to Justice Ruth Bader Ginsburg's fiery dissent.