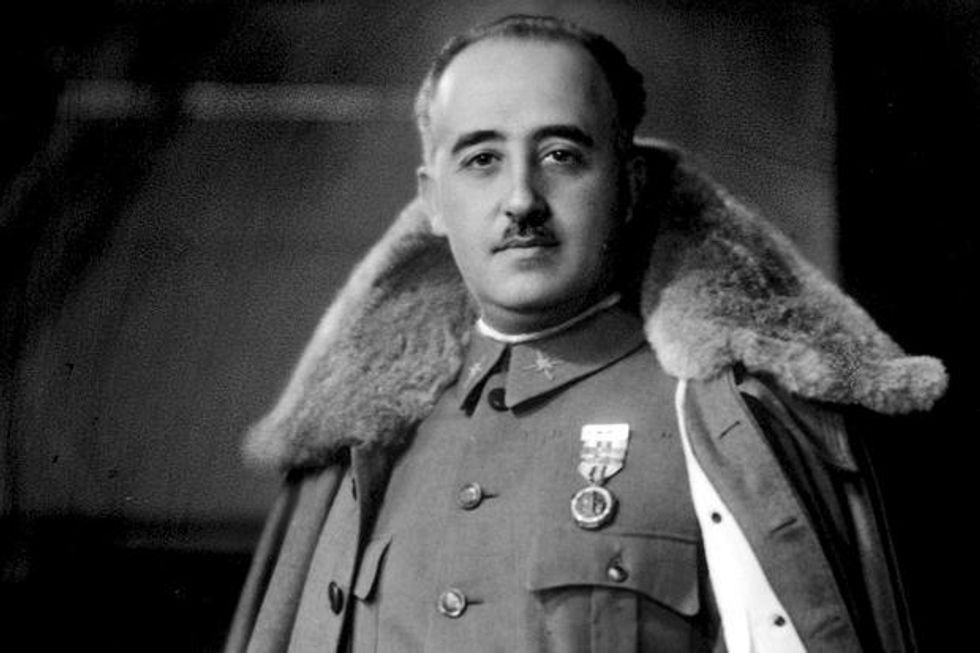 Since Donald Trump first began his campaign for president, neo-Nazis have seen their traffic skyrocket as more and more people decide that there is no longer any shame in being a gross bigot -- and one of those sites has decided it is time to start reaching out to racists and anti-Semites across the world. Because terrible people come in all nationalities.

Thus, the neo-Nazi site Daily Stormer has officially, I shit you not, brought us EL DAILY STORMER. A Spanish language version of the site for white supremacists who speak Spanish, an underserved population if ever there was one.

Andrew Auernheimer, a notorious computer hacker and internet troll who writes for the English-language site, says the Spanish edition fits their mission to spread Hitlerism across the world.

"We want our message to reach millions more people," he said in a telephone interview.

Oh yeah. Just spread that hate all over the world. That is very useful and good for everyone.

Now, this may seem like a super weird thing for the Daily Stormer to do, at first -- given how very upset they are about Mexican immigrants and what have you, and the fact that, you know -- many people who speak Spanish are not necessarily white people. But this site is not for that kind of Spanish-speaking person.

Rather, they are looking to appeal to people in Spain who still love Franco, as well as racist Spanish speakers in Chile and Argentina who are concerned about what they refer to as "negros" (people from Peru and Bolivia, etc.) immigrating to their countries. The Argentina thing, actually, makes total sense because that's where Eichmann and Mengele and all the other Nazis fled to when they went into hiding. Chile makes sense too, because all those alt-right kids today love them some Pinochet.

Because they are horrible, horrible people.

The site includes translations of regular Daily Stormer articles, as well as original content tailored to the specific interests of Spanish-speaking bigots -- with stories hailing the Spanish government's decision to not "desecrate" the tomb of Generalissimo Francisco Franco, who remains dead, and, of course, lots and lots of stories about how they sure hate the Jews.

The front page, translated into English via Google Translate.

The anti-Semitic portion of the site -- which should be very popular among those who wish to expect the Spanish Inquisition once again -- is titled "Judiadas," which the AP explains is "an offensive term with roots in medieval Spain, where it was invoked to justify genocidal attacks on Jews."

The site also includes a brief primer, in Spanish, of "Cultural Marxism":

Because why should only English-speaking people get to believe in incredibly stupid conspiracy theories? How would that be fair?

Auernheimer claims there was already a built-in audience for this content, as they have many active Spanish speakers on their message boards of hate. However, the new site has so far only attracted about 10,000 visits since its launch, which I think means we can hope that maybe this kind of hate doesn't actually translate all that well.

Wonkette is not racist at you. Please give us money.