Nevada Pol Was Definitely Just Joking About Hypothetically Voting For Slavery, So Shut Up Already 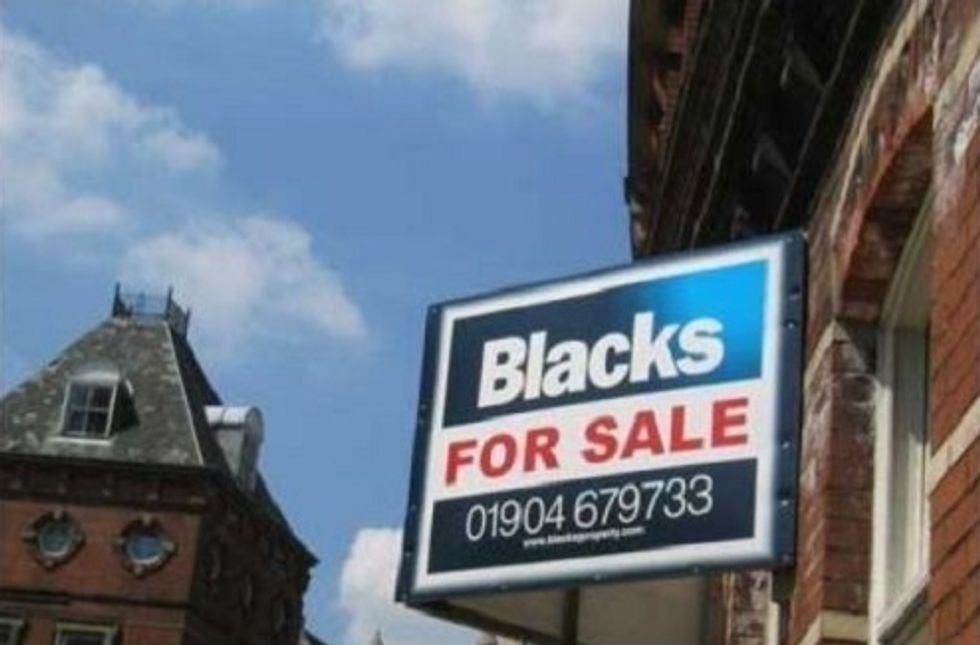 Nevada State Assemblyman Jim Wheeler wants tomake it absolutely clear that he is not in favor of slavery, OK? He was just trying to make a point, and all you smartasses in the media took what he said he believed and acted like he believed what he said. What happened was that back in August, Wheeler told a group of Storey County Republicans that if his constituents wanted him to, he would vote to reinstate slavery:

See, it's just that he's so committed to the principle of representative democracy that he'd throw out all his other principles to serve his constituents. Isn't that what the Founders wanted, instead of people in Congress who think for themselves?

After a video (now removed) of the comments hit the YouTubes Monday, Wheeler issued an indignant clarification:

"The media is having a good time with a clearly facetious statement I made in a town hall meeting earlier this year. They’re attempting to spin an extreme example I used about supporting my constituents to accuse me of being racist. Anybody that knows me knows that’s absurd, and anyone that views the comments in context understands that the whole point of the example is that racism of any kind is something that I find completely unacceptable.

"During the meeting, I was asked how I would vote if I believed one way on an issue, and my constituents believed the opposite. I stated the truth that I believe, which is that in a Representative Republic I’m hired by the people to represent their views. I used an over the top example of something that I absolutely do not agree with, and even mentioned that to get me to vote for such a thing, my constituents would literally have to hold a gun to my head. In reality, that isn’t the case at all. If my constituents wanted to do something as outlandish as bring back an abhorrent system, then I simply couldn’t represent them anymore. They would remove me from office, or I’d have to resign.

In other words, I used a really stupid example to show how committed I am to one part of my values system, and for some reason people thought it was a stupid example and made fun of me for it. How. Dare. They!

On the other hand, the kerfuffle does in fact have its roots in a question raised by a conservative blogger about the limits of a representative's commitment to following public sentiment rather than his own values. In the August speech, Wheeler had given an example of an actual bill calling for DNA testing of criminal suspects that he personally opposed, but that constituent calls and mail expressed strong support for, so he voted for it. Conservative blogger Chuck Muth was skeptical that any politician could -- or should -- be truly free of a personal agenda, and asked

if “what matters most” is the opinions of the citizens of his district -- as opposed to, you know, that Constitution thingy -- what if those citizens decided they wanted to, say, bring back slavery? Hey, if it’s what the citizens want, right Jim?

And so Wheeler said, yup, sure would!

So even in his "correction," Wheeler still seems to insist that his own beliefs are only semi-relevant, and that he is bound by the Constitution to be something of a slave to his constituents' whims, with the clarification that their whims can't include slavery, of course:

Despite the media spin that claims I don’t think for myself, I give careful consideration to the votes I cast, and I find that 99%of the time my constituents agree with me. That makes sense -- they elected me because they know that my beliefs align with theirs.

Unlike some legislators, I don’t believe that my Assembly seat is a platform for my personal issues. I occupy the people’s seat: it’s my job to represent them faithfully, as I have done. As long as my constituents agree with my positions, I’m confident that they’ll keep hiring me to do the job. And if they ever decided that they wanted me to advocate for an unacceptable issue, they’d have to find somebody else to bring that to the Assembly.

So there you go. He is his own man, at least on slavery.

Frankly, we preferred the sign-off line that Mo Udall used, which worked only because you never doubted that he was joking: "Well, those are my views. And if you don't like 'em... I'll change 'em!"