New Bipartisan Bill Will Allow U.S. Gov't To Shut Off Any Website, Anywhere, For Any Reason 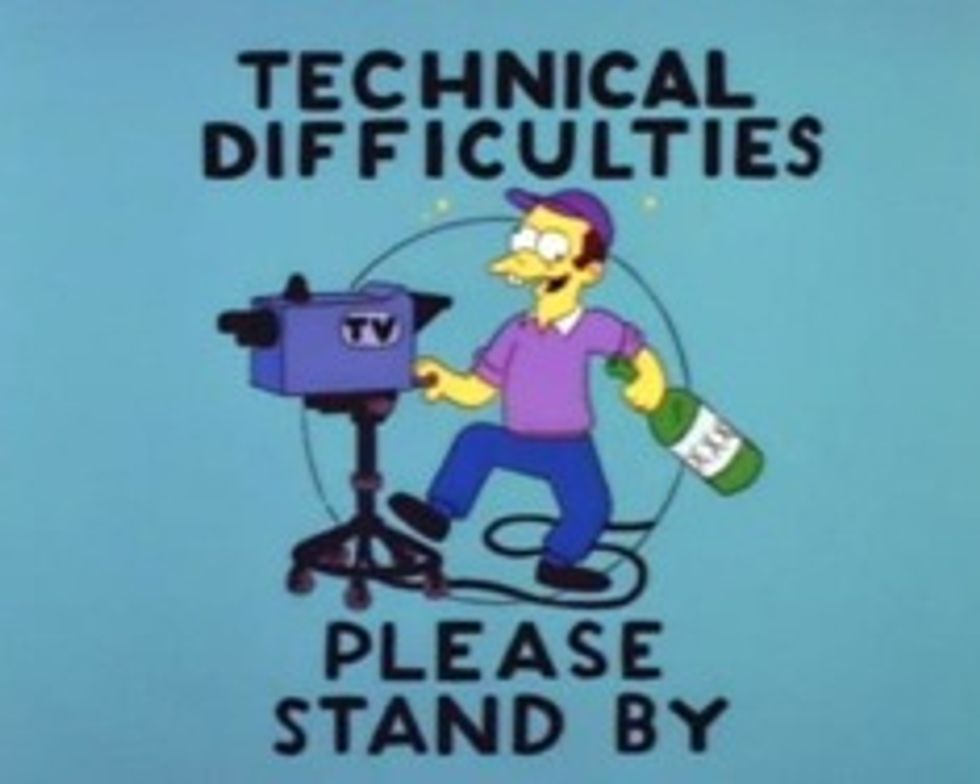 You know how the politicians are always saying we need to be competitive with China? Well, we are about to get super competitive when it comes to internal censorship of the global Internet.Everybody except for a handful of malcontent "privacy activists" is behind the bold new plan to make all Internet service providers in the United States turn off any domain within five days, if Washington says "turn it off." As usual, this new legislation is cloaked in bullshit terminology about copyright and lost profits for media conglomerates, but the result is exactly the same as China's "great firewall" -- except, this being the land of "corporations are people, my friends," the ISPs will be responsible for the dirty work instead of some top-level government technological agency.

Via Cryptogon, here's the relevant chunk of the legislation:

A service provider shall take technically feasible and reasonable measures designed to prevent access by its subscribers located within the United States to the foreign infringing site (or portion thereof) that is subject to the order, including measures designed to prevent the domain name of the foreign infringing site (or portion thereof) from resolving to that domain name’s Internet Protocol address. Such actions shall be taken as expeditiously as possible, but in any case within 5 days after being served with a copy of the order, or within such time as the court may order.

How? The whole Internet domain system requires a constantly updated Domain Name Server database that connects your computer to whatever server holds your "Tranny Hunter" porn or Communist Revolution/Buffy slash-fiction forum. Your ISP might be Verizon or AT&T for your "smart phone" or it might be dial-up AOL for confused old people who still have $9.95 a month charged to their Discover card. Either way, the ISP "resolves" the domain name you're trying to reach with the computer servers that have that content, wherever it might be. (All you actual tech people in the comments can correct this if necessary.) So when the Government sends a "turn off these domains" order to your ISP, the ISP will have no choice but to block the offending websites. Problem solved! You know they've been working on this feverishly since the WikiLeaks outrage, right?

Here's a Forbes blog post that explains just how the law will be used:

The PROTECT IP Act would allow copyright owners – movie studios and other content providers – simply to accuse a website of infringement, which could lead to that site being shut down by court order and entire links to the site being wiped clean from the Internet. Any website with a hyperlink, such as Twitter, Facebook or a blog, would be subject to liability. More, non-infringing sites could be inadvertently shut down under the proposal. Indeed, the law is so far-reaching that it would force Internet providers like Comcast to block all access to the allegedly illegal site.

The potential for abuse by the notoriously litigious content industry is clear. Last year, when the government sought to shut down one child pornography site, it ended up affecting some 70,000 legitimate sites for several days, even notifying visitors that the sites – many of which were business sites – were purveyors of child pornography.

For instance, the bill is so broadly written that, in theory, it would allow any copyright owner to shut down a legitimate retail website, such as Amazon or Best Buy, by alleging that one product being sold on the site could “enable or facilitate” an infringement.

But in practice, it won't be giant business websites like Amazon that get the plug pulled. It will be the little guys, the alternative press, the OccupyWhatever sites, anything that gets in the way of the Internet's actual role in America: retail advertising and shoe shopping and lonely online pursuits shown to lower people's actual engagement with the world, like sport teams or pornography or gadget blogs or orc-battle games or anything shit out by the Murdoch empire of diversions.

Oh well. It was really an aberration that the Internet functioned as openly as it has these past two decades. But that era is already over, as proven by the U.K. national police shutting down mobile messaging during the summer riots or, just two months ago, San Francisco's BART stations easily turning off all the cell phone signals within the stations to prevent protesters from organizing an action there against police brutality. [Cryptogon/Forbes/Reuters]