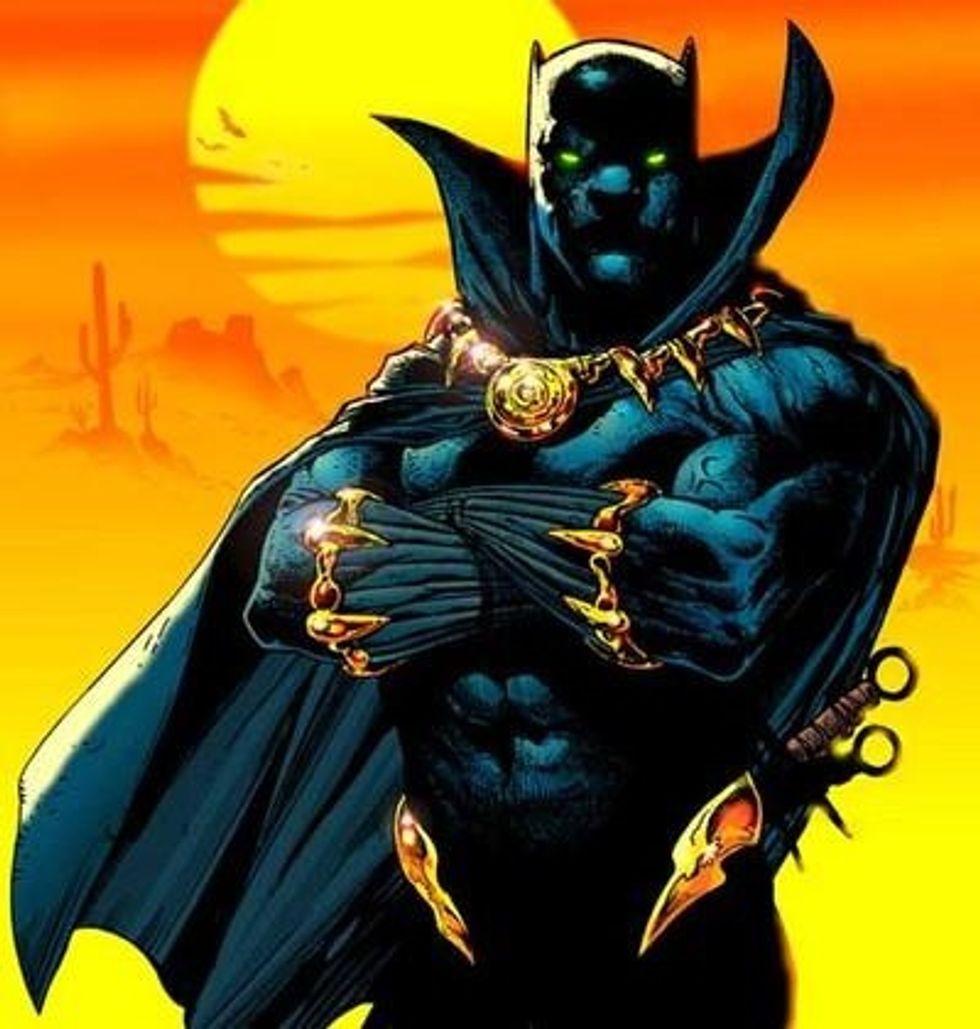 In a super-exclusive (read: he was the only person who would talk to them) interview with World Net Daily's Aaron Klein, New Black Panther Party head Malik Shabazz (real name: Paris Lewis) threatens to once againdominate the white man at up to one polling place in November.

During an interview on WABC Radio’s “Aaron Klein Investigative Radio,” Shabaz was asked whether his group is planning to go to U.S. polling stations in the upcoming presidential election.

Shabazz replied: “I will say that as this election comes up in November, we will consider our options. And we will consider the fact whether we will legally and lawfully go to the polls again to make sure there is no intimidation against our people, which was our intent in 2008.”

Mr. Shabazz, it is time for us to have a talk, because you are goddamn delusional.

You "run" the New Black Panther Party. There are five of you. Maybe. Your options are pretty much 1) standing at one polling place while some hyperactive Fox News reporter bounces around you with a cameraphone like a submissive Federalist Tigger asking if you're going to dominate him, or 2) getting a booth at IHOP and hoping they still have pumpkin pancakes.

You have the grandest of dreams - perhaps even purchasing a new baton off of Amazon! - but let's be honest with each other. You don't have the cash to do that right now, and the baton thing is getting old. There are so many other things you could threaten to dominate this fall - a farmer's market, perhaps? Maybe a corn maze!

OOH, NEW BLACK PANTHER PARTY YOU SHOULD DOMINATE A HAUNTED HOUSE. Stand outside of Old Man Miller's abandoned mansion and stop that poltergeist from holding down proud Nubian apparitions!