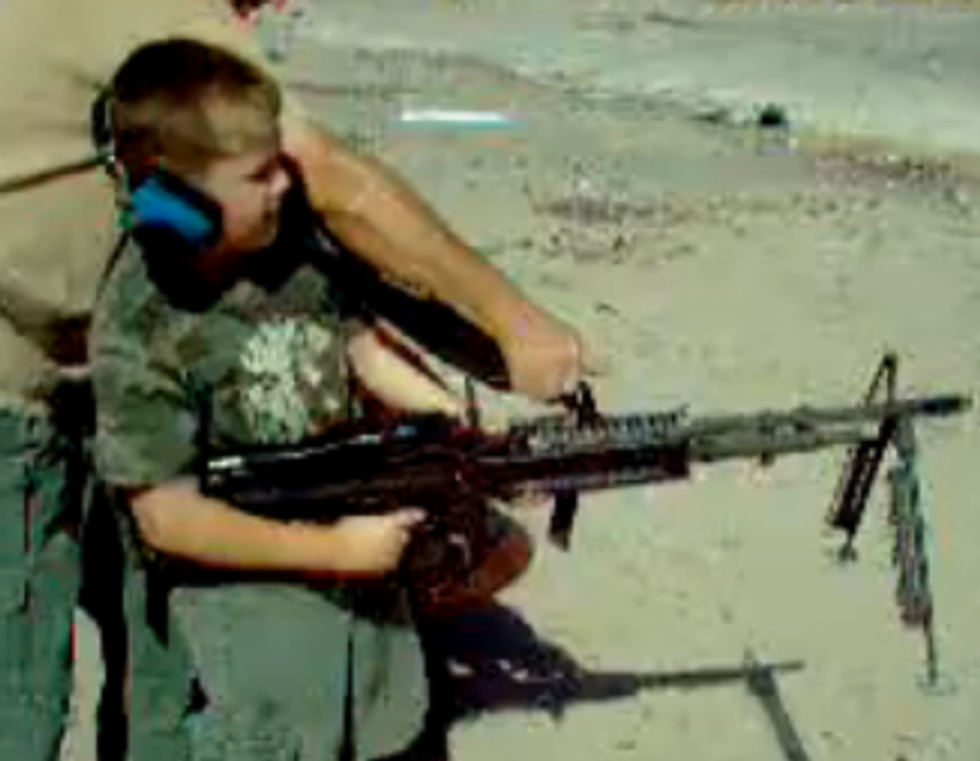 In the evolution-free state of Kansas, lawmakers have decided that when it comes to concealed-carry gun permits, "no tests whatsoever required, probably let's just mail permits to our constituents with the Christmas card" is a better policy than asking people to prove they can hit a few targets at close range. People can figure out for themselves whether they're "capable" of carrying around a concealed gun, lawmakers said. Self-regulating gun licensing, this has always been a no-fail idea.

From the Kansas City Star:

Rep. Richard Carlson, a St. Marys Republican, said law-abiding citizens should be able to decide for themselves whether they are capable of carrying a concealed weapon. He conceded that his approach could lead to people being licensed to carry guns without being able to pass a basic firearms test, but said it didn't concern him.

We like his optimism. People are their own best judges. How about driving tests? Those are a pain in the ass, do we need those? Pilots! They are tested way too much. We need to find more reasons to give people pilot licenses. Planes practically fly themselves these days, anyway. [Kansas City Star]