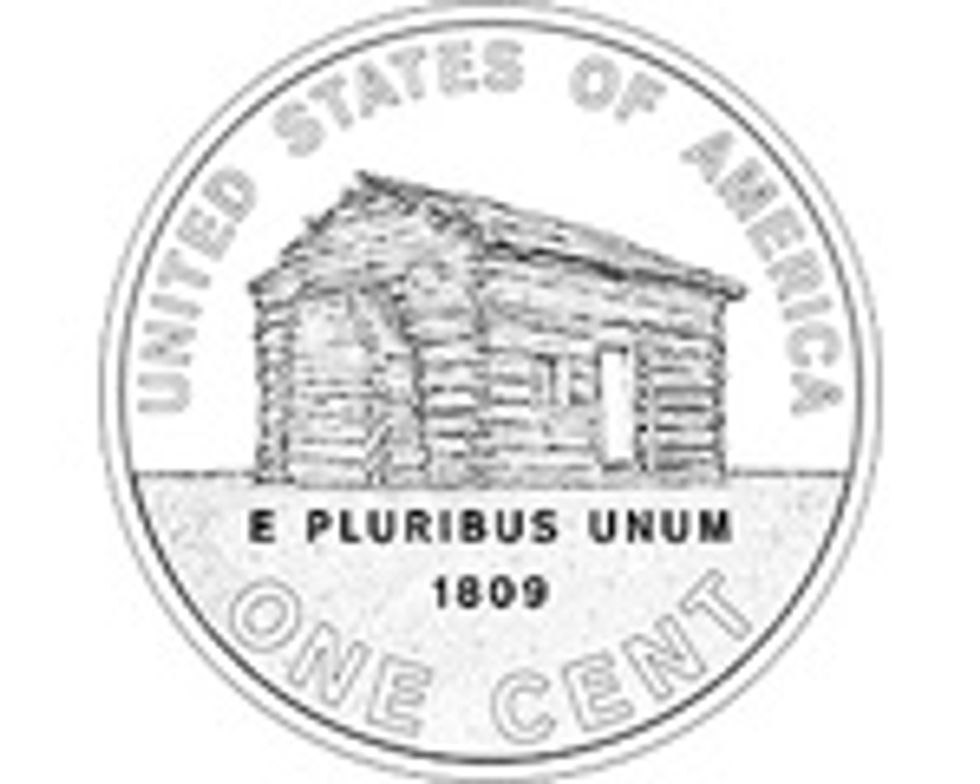 Now that American Capitalism has completely failed and the U.S. currency is even more worthless, the folks at the U.S. Mint are having some fun by releasing thisnew Lincoln Penny, which reminds us that all Republicans are terrible closet-case homosexuals having grim bathroom encounters in these Log Cabins on the edge of town, by the interstate rest stop.

Abraham Lincoln was our first gay president. As a social liberal, he thought slavery was "wrong," so he freed the slaves and attempted to kill all the Southern whites, so America could heal. But many white Southerners survived, including Jesse Helms and George Allen, and that's why we still have all these problems today, as Trent Lott famously noted.

Lincoln was enjoying his favorite pastime -- seeing RENT at a Washington theater -- when a wingnut blogger killed him.