New Mexico Mom Refuses To Pray To God, Court Takes Away Her Kids 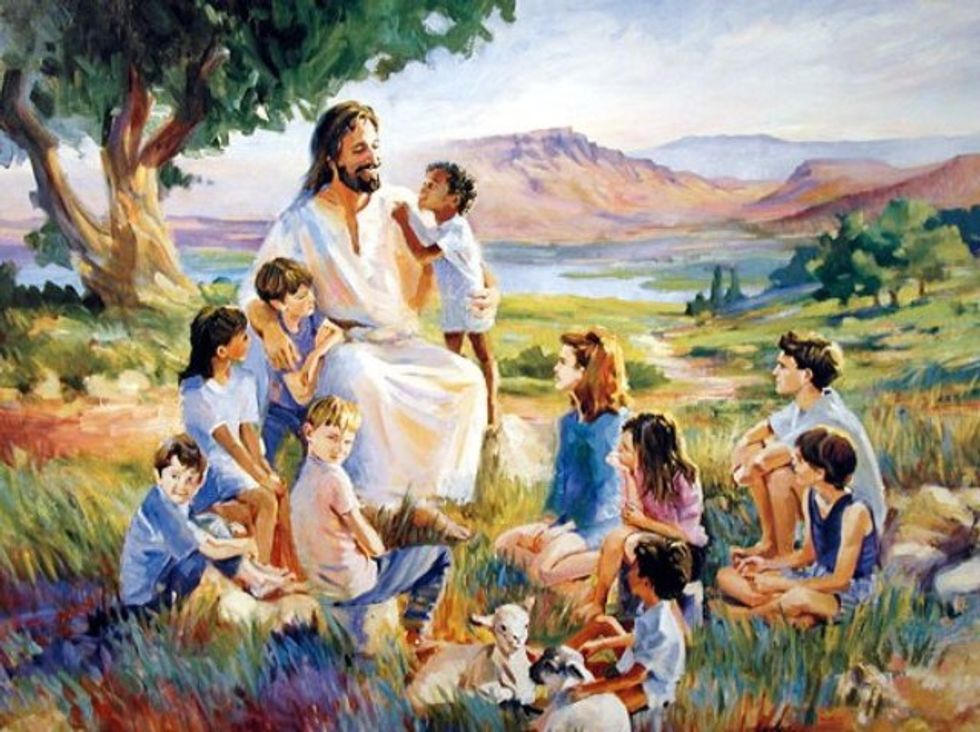 Oh, do you miss mommy? Too bad

There is a war on religious freedom and religious liberty (both kinds!) in US America right now, as we all know. American citizens are being persecuted and criminalized and jailed just for trying to exercise their First Amendment rights. It's pretty bad out there these days, so here is a real effed-to-heck story about a single mom whose religious liberty was trampled on, kicked in the groin, decapitated, and left to rot in the hot New Mexico sun.

The family court in Albuquerque, New Mexico, ordered a divorced couple to attend 10 counseling sessions, so they could learn how to be good parents to their 11-year-old twin sons, even while screaming "I NEVER LOVED YOU EITHER!" and splitting up their combined record collection. This is a thing family courts do to divorced parents who can sometimes forget to take care of their children because they're too busy stalking their exes with their new fucktoys on the Facebook, or whatever.

But the counseling sessions Holly Salzman and her ex attended did not start with the basics of parenting, but rather, mandatory prayer:

“I walked into the session and the very first thing she said to me was, ‘I start my sessions by praying,'” Salzman said. “When I expressed my concerns that I didn’t pray she said, ‘well this is what I do’ and she proceeded to say a prayer out loud.” [...]

There were handouts with quotes of Psalms and other religious quotes. Pepper also gave her homework titled “who is God to me?”

“Every session there was some sort of religion that was intertwined with the sessions,” Salzman said.

Now, a thinking person might wonder if the court (aka, The Government) can compel citizens to attend religious-based classes and participate in prayer, because of that whole First Amendment separation of church and state thing. And Holly Salzman was a thinking person, and she did wonder that. So she went to the court and said, "Um, yeah, I think this violates my constitutional rights, and you can't make me do this." But the court told her that yes uh-huh it can TOO make her go to this specific counselor to get proselytized, for the good of her children, OR ELSE. Or else what?

The single mother of two said she felt so “offended and disgusted” that she stopped going to the court-ordered sessions. The result was that the court took her kids away. [...]

To get her kids back she had to finish the classes.

Court spokesman Tim Korte, while not commenting on this specific case, insisted that the court would never do such a thing:

To be fair, the court-appointed counselor, Mary Pepper, MA, does not currently advertise her business as religious-based counseling. But she isn't especially shy about being "a believer" and how she incorporates that into her counseling and thinks there's no problem with her discussing religion in a court-ordered counseling session. Like so:

KRQE News 13 rolled undercover video and audio in the final three classes between Salzman and Pepper. There were several references of religion.

Here's a fun tidbit about Pepper, which the court could not possibly have known, unless it ever took a look at her LinkedIn profile or spent two seconds googling. Pepper used to be a "parent educator" at Project Defending Life. Guess what that is! Oh, with a name like that, you'll never guess, so we'll let them tell you:

Project Defending Life is a Catholic-based ministry that answers the challenge of Pope John Paul II's encyclical, the Gospel of Life. We are committed to defending the sacredness of human life from conception to natural death, focused specifically on ending abortion. Our first priority is to give aid and comfort to abortion-vulnerable women in unplanned and crisis pregnancies, so that they ultimately choose life and carry their babies to term.

So yes, Pepper is "a believer." Who taught "morals & values" to parents, for a Catholic "pro-life" organization. But that doesn't mean that's how she teaches the 50 percent or so of her client base, who is court-ordered to attend sessions with her. Right?

Here's another fun tidbit about Pepper. She holds her parenting prayer sessions in a public library where, according to Salzman, she requires her clients to pay her in cash because of how, technically, that is not allowed.

“She had actually explained to me that you need to be discrete about it because I’m not allowed to exchange money in the public library. So I had to kind of hide the money and then literally pass the money under the table,” Salzman said.

Bet Pepper's morals and values classes are a hoot, huh? How To Scam Your Clients Into Paying You Under The Table, For Fun And Profit And Jesus!

When KRQE News 13 asked Pepper about that, shockingly, she did not want to answer.

“I think that this interview needs to be ended,” she said. “If you’d like to know more in private, I’d explain a lot about my business but to do this on the air is not appropriate.”

Meanwhile, Salzman sucked it up and completed her What Does God Mean To Me? counseling with Pepper, and the court certified that she does indeed now know how to parent good and gets to have her kids back. While we'd suggest that the court undertake a more thorough vetting process of the classes it requires parents to attend, we certainly look forward to all the religious liberty activists descending on the courthouse in Albuquerque, with songs and signs and lots of outrage, to protest this blatant trashing of an American mother's First Amendment freedoms.