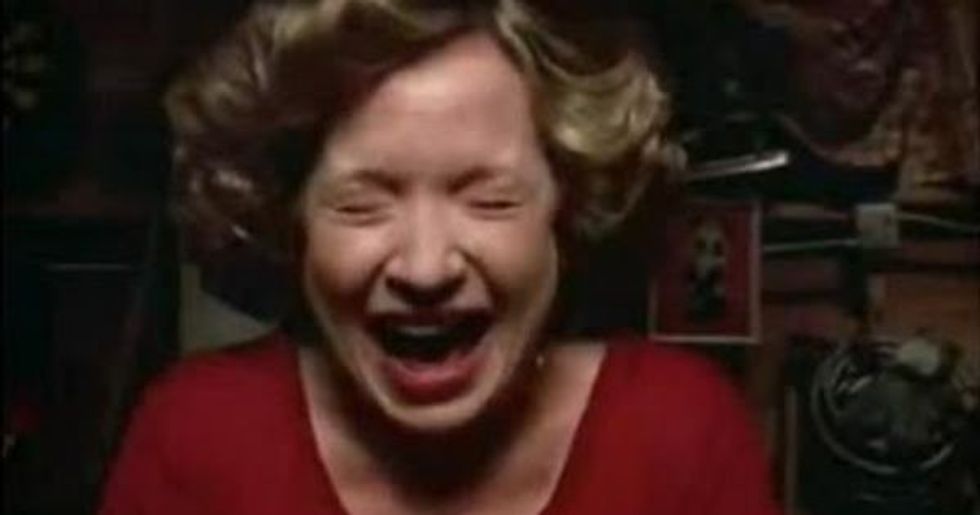 Ever since Donald Trump's elegant penis wrapped itself around the Republican primary race and he became the all-but-certain presumptive nominee, those dumbass #NeverTrump dead-enders have been ... well, they've been just pathetic. They've been weeping with their peepers, gnashing with their chompers, and beating their own boobies over how America is over, and Hillary is gonna be the next president and OH BOTHER! Their plans for a contested convention had died when Ted Cruz and John Kasich sticked their tails between their testicular taint regions and went home, and now all hope is lost.

OR IS IT? There is a new, brilliant #NeverTrump plan, and maybe it will work!

Republican strategist Liz Mair, who has become one of the public faces of the anti-Trump crowd, tells Mother Jones that she's been having conversations with other leading conservatives opposed to Trump about a variety of backup options [...]. One option, should they fail to recruit a viable candidate to run nationwide, is to get conservative candidates to run independent, single-state bids in as many states as possible. [...]

[P]erhaps conservatives could convince [Mitt Romney] to put his name on the ballot in Utah, where he's popular due to his family roots there and his Mormon faith. Or Scott Walker could run just in Wisconsin, Mair suggests, or Rick Perry in Texas ... Even non-politicians, she believes, would be better than Trump. "If we're going to be in the era of celebrities, we could get Clint Eastwood or Kurt Russell," Mair says.

[wonkbar]<a href="http://wonkette.com/601388/let-us-drink-the-delicious-tears-of-the-nevertrump-brigades"></a>[/wonkbar]OK, so the plan, Mair explains, is that if Scott Walker runs for president of Wisconsin and Rick Perry is emperor of Texas and Clint Eastwood is the sheriff of California, then Hillary and Trump won't be able to win NOTHIN'. Maybe they could exhume the dead, rotting ball sack of Ronald Reagan and it could run for president in some states too! You know some Republicans would just love to vote for that!

So then, with nobody being the actual winner, the House of Representatives would have to elect the president, because Constitution reasons, and they could pick somebody nicer, like ... maybe this guy?

But he doesn't even wanna be president! (Or so he says.)

But maybe it will work and America will be totally DTF with our new "reasonable" Republican President Paul Ryan! Or whatever other "reasonable" guy they choose! And maybe we will all get a pony and some glitter and happiness will reign over the land, and the country won't even go down in flames one bit, because after all, Americans LOVE it when the votes of LITERALLY KABILLIONS of people are disenfranchised, and all because the establishment GOP has a chapped, leaking anus over Donald Trump.