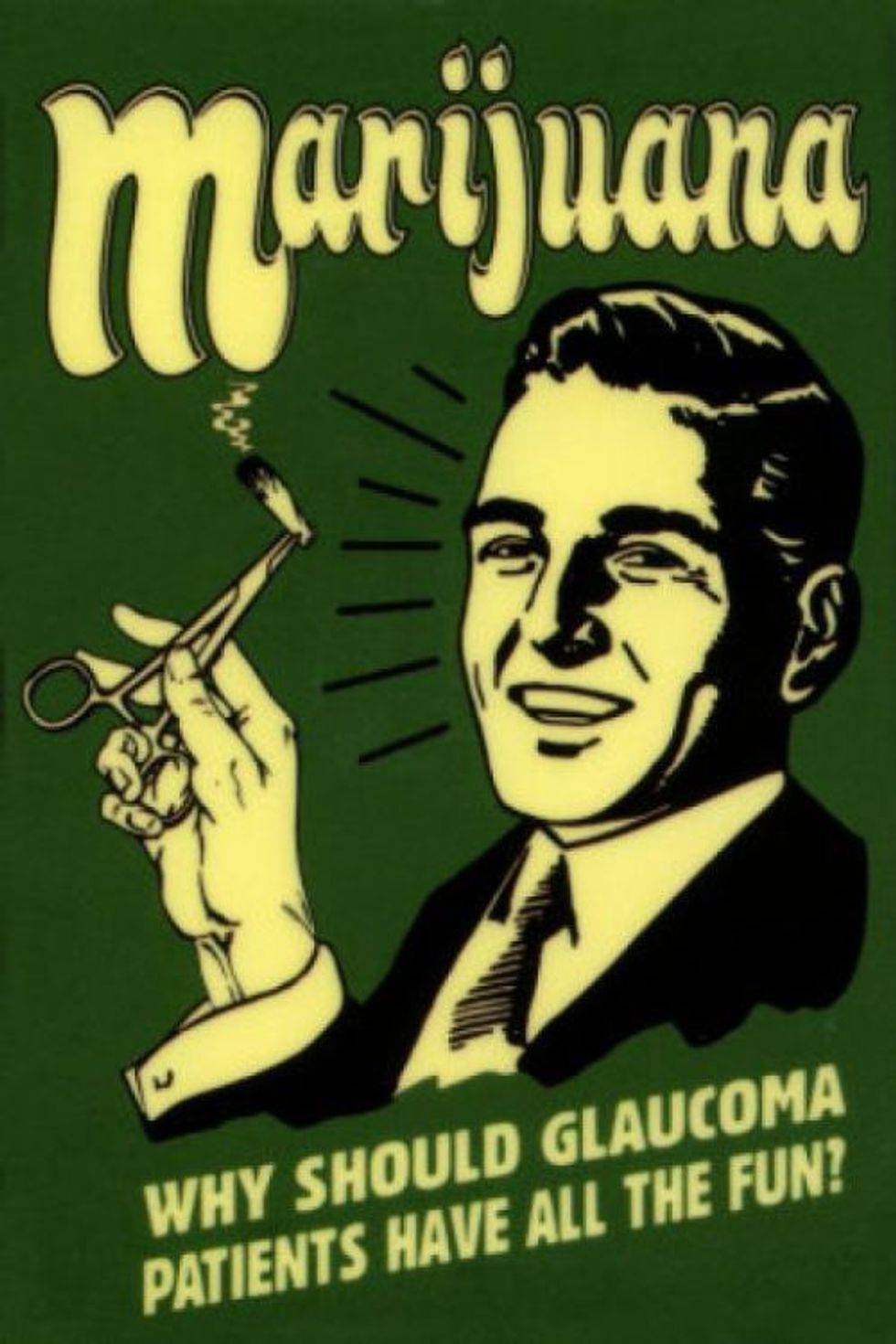 In yet another sign that the Apotcalypse is nearly upon us, the recently confirmed surgeon general of the United States, Vivek Murthy, said on national television that marijuana just might not be a demon weed that inevitably leads mild-mannered accountants to go on murderous rampages, fourth graders mainlining heroin, or college sophomores reading Ayn Rand.

On CBS This Morning, Murthy said that he is generally supportive of increased research into medicinal uses of marijuana, despite a proven link between pot and the risk of thinking that Pink Floyd lyrics hold answers to life's mysteries.

We have some preliminary data showing that for certain medical conditions and symptoms that marijuana can be helpful ... So I think we have to use that data to drive policymaking, and I’m very interested to see where that data takes us[.]

Murthy's comments Wednesday were somewhat more receptive to medical marijuana than statements he made during his confirmation hearing in 2014, when he told the Senate, “Just like other drugs, I don’t recommend marijuana, and I don’t think it’s a good habit to use marijuana. If I had kids, I would tell them not to use it.” At the time, he simply called for additional research to "see what the science tells us."

Murthy's comments appeared to at least suggest he would be open to the Justice Department rescheduling marijuana to allow more research.

"My position is we have to see what the science tells us about the efficacy of marijuana, and I think we’re going to get a lot more data on that,” Murthy said.

The new surgeon general stopped short of endorsing setting up research facilities at Phish concerts, however.