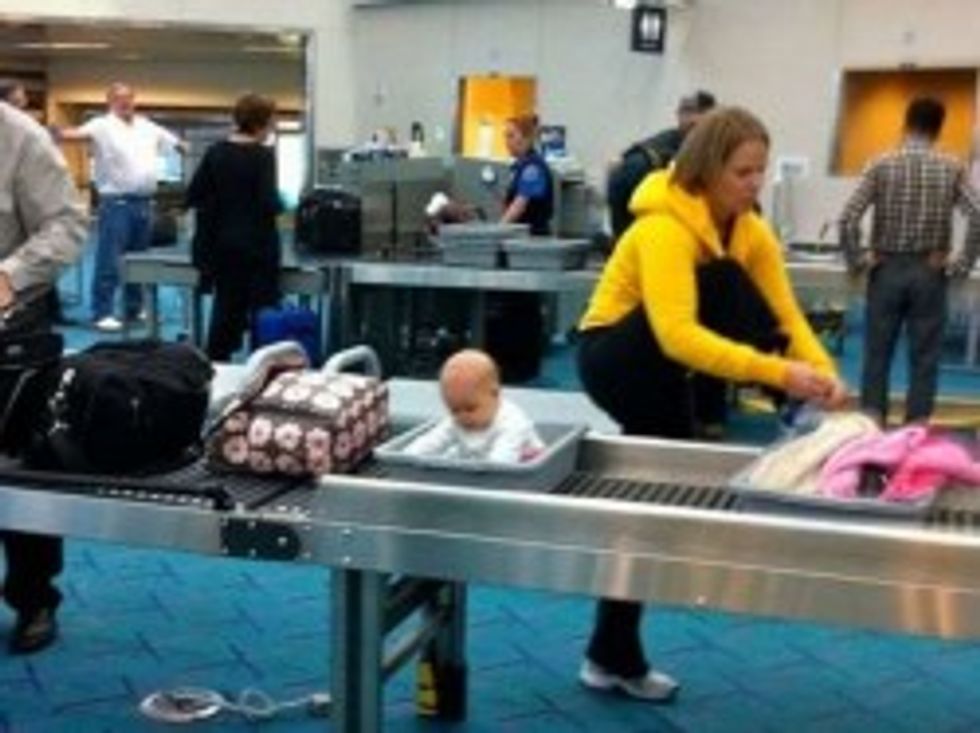 Everybody's favorite airport moment is when you get to play "TSA coed strip poker webcam," amiright? First the shoes and belts come off. Then you must unzip your computer bag and place your bulging hard-drive on the conveyor belt (sex escalator). After this, you get to pose naked for the fat guy sitting behind the nudie scanner,or you can opt for the very heavy petting -- and there's usually an Isaac Hayes love ballad playing softly on the PA system, to set the mood. But these days of sexytime airport pleasure are quickly coming to an end. Apparently some of you prudes don't like it when strangers inspect digital photographs of your nether regions and boobs? That's alright. Michael Chertoff can still make lots of money installing unnecessary radioactive scanner things in every major airport. He doesn't need to see your private parts, per se.

The TSA is experimenting with new, less gaterapey scanners, "which discontinue the display of personal body characteristics while still promising to catch questionable objects." This is good new for people who have personal body characteristics! Susan Collins, who chairs the Senate Committee on Keeping the Homeland Safe and Sound, was excited to hear about these new developments. Also, now these scanners won't give you (too much) cancer?

"We have the technology that will eliminate the need for American air travelers to choose between their privacy and security when they choose to fly," [Collins] said in a news release.

"I understand that the machines being installed in this pilot program do not emit radiation," she added. "Although the TSA assures me that some of the machines in use that emit radiation do not pose a health risk, it is preferable to use technology that avoids exposure."

But does anybody actually believe the TSA or Susan Collins? These new "less invasive" scanners will probably just capture high-resolution images of Jenna Bush Upskirt. And how do you think Jenna Bush feels about that? She deserves her privacy, too. [CNN]