New York Rep. Michael Grimm Says He Did Not Sex That Lady In The Toilet 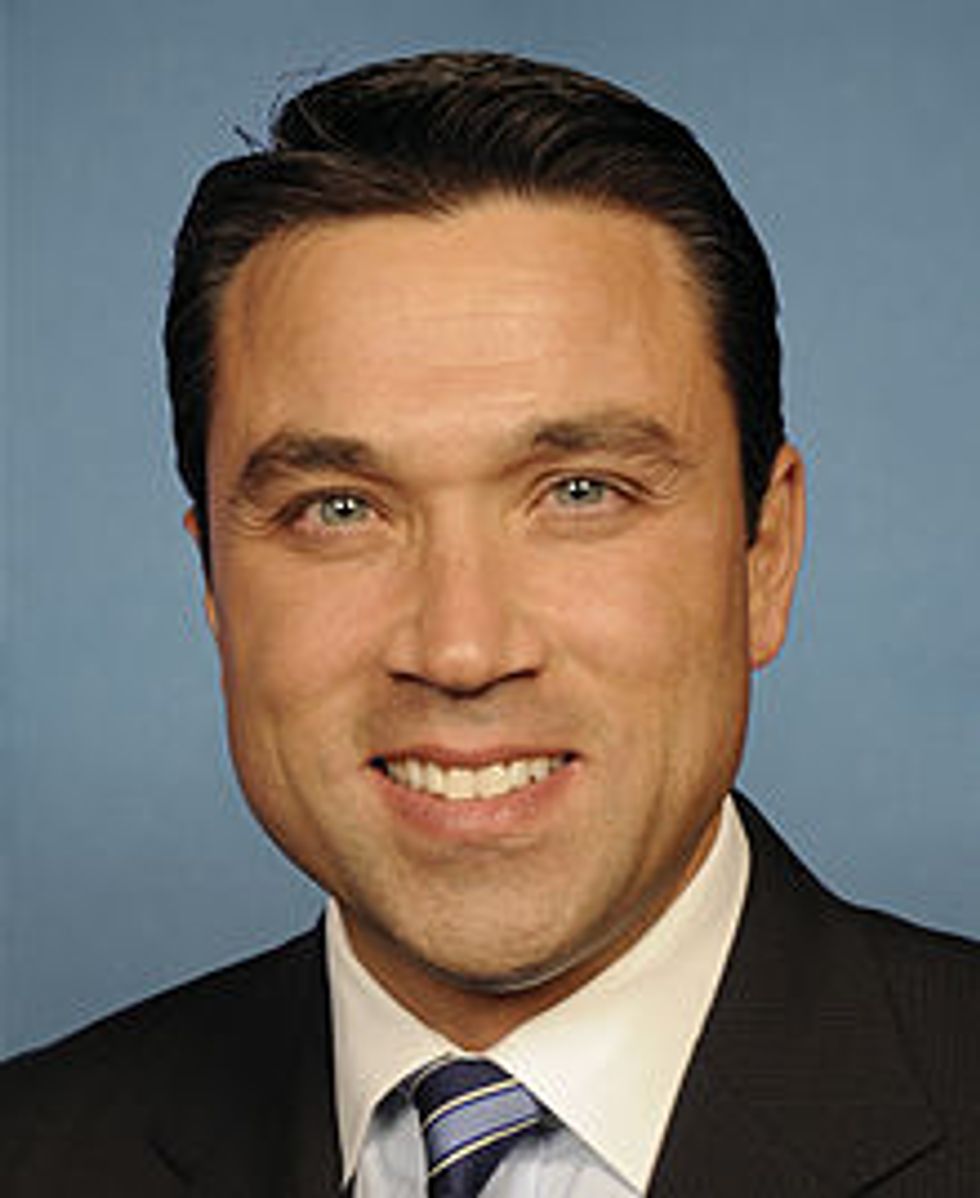 This "Michael Grimm" fellow, remember him? Of course you don't, it is not like he is Ted Yoho or Louie Gohmert, he is just some asshole from New York who apparently was being investigated by the FBI once (we reminded ourselves while doing a quick archive check and found thisgreatest ever correction, by us, of our terrible reporting, by us). He also was mad at Tyrant Obama for breaking the Constitution with a $4 cell phone fee. You know, the usual. BUT! Maybe we will get to know him a little better -- or a LOT better! -- now that the Daily News informs us he loves to have sex on ladies in bathrooms. Schwing!

Staten Island Rep. Michael Grimm denied reports Tuesday that he had a kinky 17-minute sex romp with a woman in the unisex bathroom of a Brooklyn wine bar.

The Republican congressman, who is single, said he didn’t score at The Owl’s Head in Bay Ridge on the Friday preceding the government shutdown two weeks ago. “I will not dignify this absurd distortion of the facts with a response,” the pol said, calling the accusations a “Democrat-led smear campaign.”

Oh, shut the fuck up with your "Democrat-led smear campaign," Michael Grimm. You don't know it was Democrats who made you look like a TOTAL FUCKING STUD just all gettin' busy with hot chicks everywhere you go because the ladies love that pretty little mouth and those scared beady little eyes.

In fact, we're gonna go with "Michael Grimm leaked this his own bad self," because that is what we would do, the end.