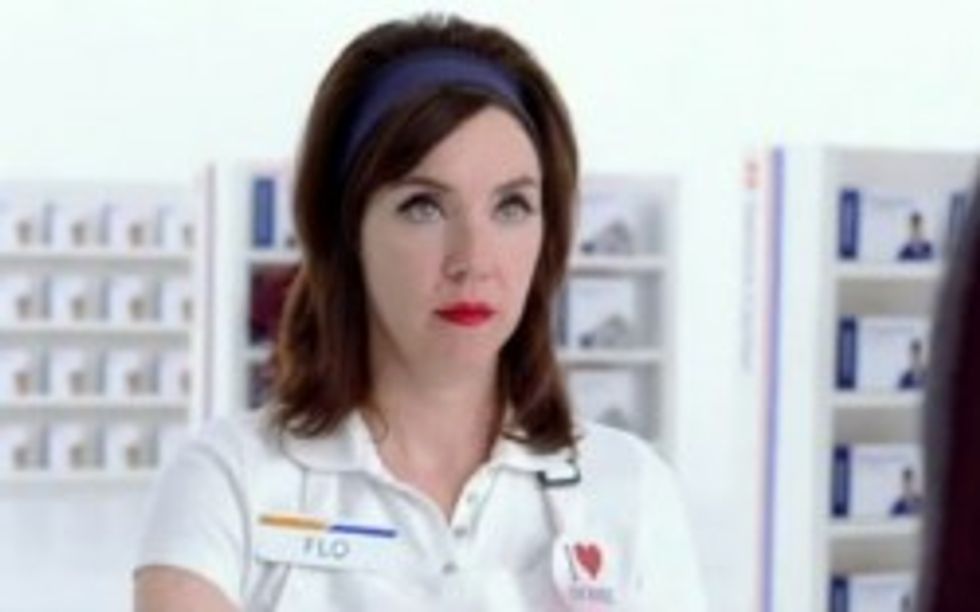 Well thank heavens, the Paper of Record is here to valiantly defend a Fortune 500 company from bereaved parents and the internet, which is exactly why we have the First Amendment, of COURSE --to better enable our press corps to write articles likethis one, which is literally called  "Progressive’s Side of the Insurance Case That Blew Up on the Internet." Because how will Progressive Insurance, a Fortune 500 company with its own 6500-piece modern art collection, defend itself without the help of the New York Times' "Your Money" columnist typing up its side of the story?

In case you have a life outside of the internet: last week a comedian named Matt Fisher took to Tumblr to tell the story of his family's experience with Progressive Insurance, claiming that (among other things) his sister paid Progressive's insurance to defend her killer in court:

I’ll try to cleave to the facts. On June 19, 2010, my sister was driving in Baltimore when her car was struck by another car and she was killed. The other driver had run a red light and hit my sister as she crossed the intersection on the green light… In Maryland, you may not sue an insurance company when they refuse to fork over your money. Instead, what [my parents] had to do was sue the guy who killed my sister, establish his negligence in court, and then leverage that decision to force Progressive to pay the policy. [My parents]  filed a civil suit against the other driver in hopes that, rather than going to court, Progressive would settle. Progressive did not. Progressive made a series of offers (never higher than 1/3 the amount they owe) and then let it go to a trial. At the trial, the guy who killed my sister was defended by Progressive’s legal team.

And, as the New York Times article confirms, all of this is true.

[Progressive] sent its lawyer to court — not to assist her estate but to argue that the driver of the other car, who had a suspended license and little insurance, was the innocent party.... The challenge with [certain types of] coverage, however, is that it pays you money only if the other driver is at fault. Many states, recognizing the subtleties in assigning blame, will pay out partial claims based on the share of responsibility. But Maryland is among a small number of states where insurance policyholders may get nothing under the terms of their underinsured motorist policies if they’re even 1 percent at fault.

So what can we all learn from this horrible experience? Is the REAL lesson here a) we should all read our policies so we know exactly how bad we will be screwed by our insurance companies, or b) we should have a serious conversation about the possibility that the free market is not suited to prevent bad actors absent a robust regulatory regime? Clearly, the answer is a)!

After several requests, I finally got Progressive to come to the phone and explain in detail, out loud and on the record, why it chose to fight Ms. Fisher’s family in court.

In the end, the saga of Ms. Fisher and her family isn’t just about whether Progressive made a needless mess of its reputation this week. And it’s not simply about whether everyone should drop their Progressive policies in protest either, as scores of people have threatened to do. We also need to take a close look at our own coverage and determine whether we have a fundamental misunderstanding of how our various auto insurance policies actually work.

Gee, and what should we do about it if our insurance policies DON'T actually work? Or if we can't afford decent coverage and then our car is totaled by an underage, uninsured drunk driver and we incur tens of thousands of dollars in medical bills and our insurance company says we are entitled to nothing (which by the way is exactly what happened to our friends last week)? Maybe the New York Times can tell us what to do about that.

...I went back and checked my own insurance policy and realized that while I have $1 million of liability coverage, I had the minimum amount of uninsured motorist coverage. My guess is that at the time I made that decision, I figured that my separate health, life and disability coverage would cover me in the event of an accident involving somebody driving around with no insurance.

That seems foolish in retrospect, given all the things that I might have to pay for out of pocket if I were hurt badly. Plus, it cost less than $6 a month to take the underinsured coverage up to $1 million.

The low price seems to indicate that the odds of making a claim are slim. But the Fishers’ experience suggests that having decent coverage is a good idea, and they are now considering increasing their own coverage.

Silly us! We thought that the Fishers' experience suggested that a drastic overhaul of the system and a new regulatory regime would be a good idea -- starting perhaps with changing that Maryland law -- but turns out, the status quo is just fine! All we need to do is spend more money on products from insurance companies, and we'll all do great. Surely these companies will pay us what we're owed when the time comes! Also, you'll never believe this, but Progressive was just acting in the dead sister's best interests. For reals.

Progressive sure seems to have done absolutely everything wrong here. It paid out three liability claims, doubled down in court on its interpretation of the evidence that was behind those payouts, lost in court, was roundly mocked online, will pay the underinsured motorist claim to the Fishers after all and is now also paying them a separate settlement to avoid a hearing before the state insurance commissioner.

But Ms. Marsteller of Progressive said that the company was acting in Ms. Fisher’s best interest from the start. “You make a decision and you might get a lawsuit either way,” she said. “Our goal is to make the best decision overall for the insured, and I think we did that here.”

Wouldn't the Founders be just beaming with pride if they could read this article defending corporate interests? After all, isn't this why they bothered to give us the First Amendment, and with it, Freedom of the Press? Surely it is.