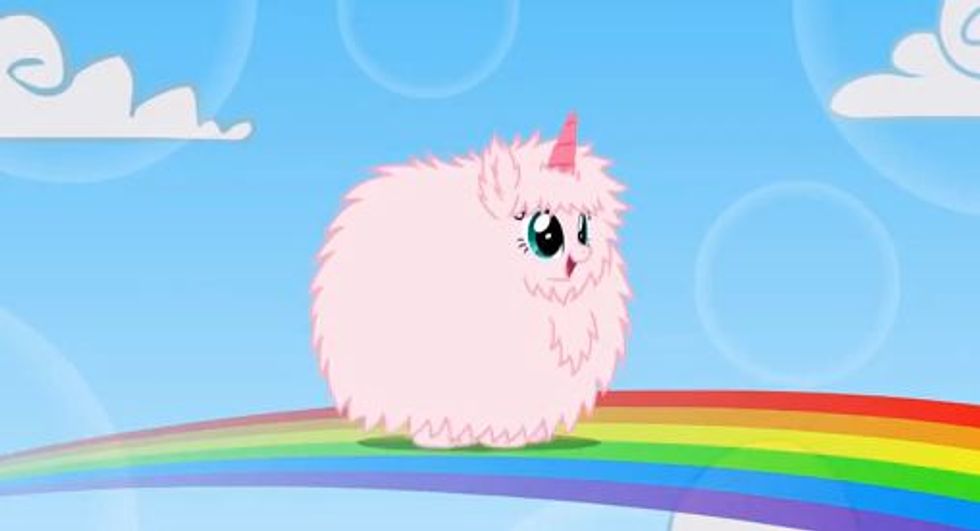 Over the weekend, the New York Times released itsbig investigative report on the September 11, 2012, attack on the diplomatic compound in Benghazi. The article by David Kirkpatrick suggested that several aspects of the rightwing narrative don't hold water -- particularly the claims that the "Innocence of Muslims" video had nothing to do with the attack, that the attack had been planned far in advance, and that it was an al Qaeda operation. The thorough report led critics of the Obama administration to say, "Ah, we see. Well, so much for that, then. So maybe it wasn't Watergate plus Pearl Harbor times 9/11 after all."

Haha, we are simply "taking the urine" there! Of course the wingnut brigade took issue with the report, because everyone knows that no one in Libya had access to Egyptian TV reports about the video (or if they did, they simply shrugged off its mockery of the prophet Mohammed, because rioting over a video is just silly). And everyone knows that all radical Islamic groups are part of al Qaeda, just like all biting dogs are pit bulls -- this is just science. And everyone knows that the attack was planned in advance, because we all saw Darrel Issa on Fox News saying it was.

The latest battle over the events of Benghazi was fought in a number of hit-and-run skirmishes on Sunday's newsgab shows; Michigan Rep. Mike Rogers, the chair of the House Intelligence Committee, said on Fox News Sunday that the story was inaccurate because

"they didn’t talk to people on the ground who were doing the fighting and shooting and the intelligence gathering. When you put that volume of information, I think that proves that that story’s just not accurate."

People on the ground! Except that David Kirkpatrick did indeed talk to quite a few of them -- not a single one of his sources in Benghazi was hovering, in fact. Kirkpatrick said on NBC's Meet the Press that part of the problem is that American politicians tend to call all Islamic radicals "al Qaeda" regardless of whether the groups have an actual connection with the al Qaeda organization:

“There’s just no chance that this was an al Qaeda attack if, by al Qaeda, you mean the organization founded by Osama bin Laden,” he said. “If you’re using the term al Qaeda to describe even a local group of Islamist militants who may dislike democracy or have a grudge against the United States, if you’re going to call anybody like that al Qaeda, then okay.”

Kirkpatrick continued, “Certainly there were some anti-Western, Islamist militants involved in this attack. But to me, that’s a semantic difference and not a useful way of answering the original question.”

Obviously, this is the kind of biased nit-picking that you'd expect from a liberal news organization that thinks fine gradations of meaning matter -- the ultra-far-left New York Times doesn't even recognize that mandating that people buy private health insurance is socialized medicine.

Darrell Issa also went on Meet the Press with this glorious bit of evidence-free commentary:

“Kirkpatrick doesn’t have the classified information that Mike Rogers and others have, and neither do I,”

Heck, if you can't trust Darrell Issa's summary of what he believes Mike Rogers has access to, what can you trust?

In another brilliant debunking of the Times report, Fox News ran a story that completely disproved a claim that the Times didn't make, citing several sources in Benghazi who said that the attack on the diplomatic compound appeared to be coordinated, not spontaneous:

Fox News has learned that the attack on the consulate started with fighters assembling to conduct an assault.

"One guy was shooting, one guy was running. There are guys watching the gates. … The bosses on the ground were pointing, commanding and coordinating -- that is a direct action planned attack.

Of course, the Times story also indicates that the attack involved planning and coordination -- the militia blocked off roads to the compound, for instance -- none of which proves that this was an al Qaeda operation that had been in the works for months. Al Qaeda is not the only organization capable of teaching people to go where bosses on the ground are pointing.

Kirkpatrick added on Meet the Press that his findings that the attack was motivated in part by the anti-Islam video did not especially support Susan Rice's explanation of events, either:

when Gregory said Rice’s initial assessment, that the attack was a spontaneous event, had been “bolstered” by Kirkpatrick’s reporting, he interrupted.

“No, we’re not bolstering that original assessment,” Kirkpatrick said. “In fact, she made some clear misstatements there. This was not a street protest and it was not a copycat of what happened in Cairo. That was an unarmed street protest. This was a group of armed men, who, inspired by a video, deliberately attacked the compound. So what she’s doing there through her misstatement is actually setting up kind of a false dichotomy. Either it was a spontaneous street protest or it was an armed terrorist attack. Neither of those turns out to be exactly the case. It was an armed terrorist attack motivated in large part by the video.”

Now if we can just find out exactly who Obama was meeting for homosex and cocaine while he was being photoshopped into a photo of the bin Laden raid, perhaps we can finally have some closure on Fast and Furious.

Follow Doktor Zoom on Twitter. He will answer your tweets in real time. Whatever time it is he gets to them.