New York Times Infotainer: Taking Away Unemployment Insurance Will Make You Look All the More Harder For Those Jobs That Don't Exist 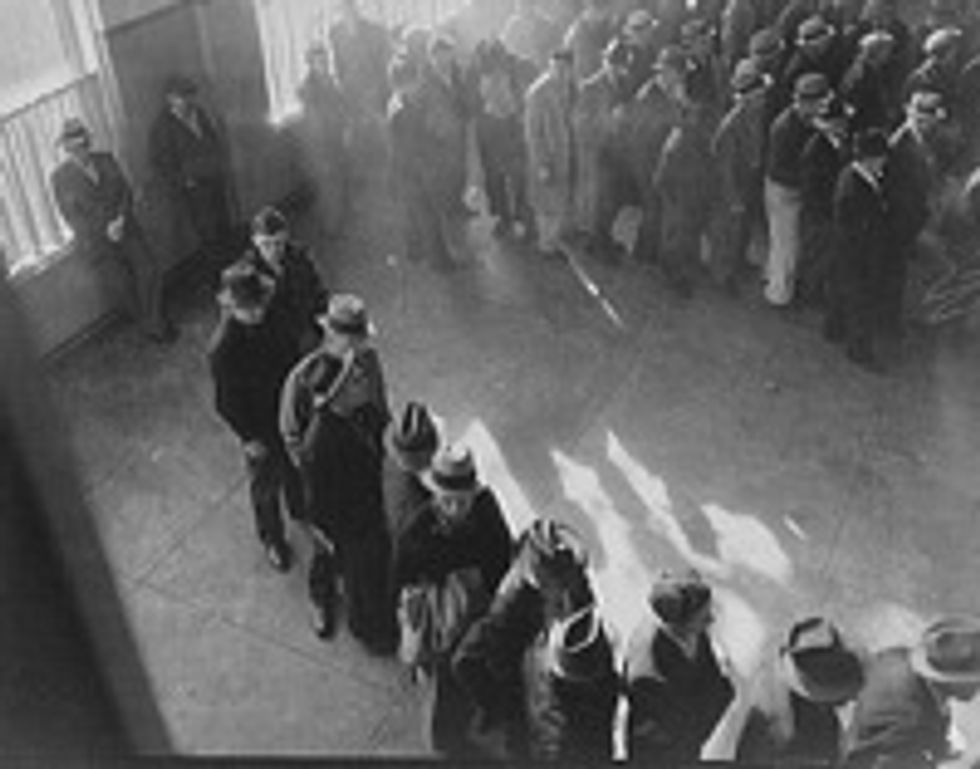 Oh look, the Paper of Record has employed another typist to explain about bootstraps and whatnot, and give us the cold hard truth about why we are all losers who do not have jobs. Is it because of structural unemployment, or maybe something to do withrobots? Ha! Ha! Ha! Of course not, says New York Time Infotainer Casey B. Mulligan, it is because of all of you Poors who collect unemployment, which somehow prevents jobs from materializing out of thin air and offering themselves to you at low wages that would increase or maintain employer profits. DUH. See, this is why we do not type at you from the New York Times' "Economix" section: it requires the ability to defend trickle-down economics over and over again in spite of overwhelming evidence that it does not work. But we digress! Now we will discuss this horrible supply-sider who writes about trickle-down fairy dust for that liberal rag, the New York Times.

The prospect of [unemployment or disability] insurance payments gives employers less reason to change the nature of a job to encourage a disabled or elderly employee to remain at work and gives employees less reason to accept changes in working conditions or pay that would make it easier for employers to retain them.

Yes, Poors and Disableds, why won't you accept changes in working condition or pay that makes it easier for employers to retain you? Like those nice Africans who generously work for $2 per day so the richest lady on earth can earn $600 per second? Don't you know she WANTS to hire Australians but can't because they won't make it profitable enough for her?

Translation (and this really provides excellent insight into the supply-side mentality): if an an employee can scrape by on benefits rather than work while injured or exploited, then he or she might opt not to work while injured or for less than a living wage. If we just make it impossible for the employee to get by without working while injured, or make things so difficult that a sub-living wage is better than nothing at all, the employee will stay and the employer can continue making a profit. And the profit will trickle down on the rest of us like a golden shower!

Employers sometimes experience reductions in demand from their customers, as auto manufacturers and home builders did early in the recent recession. One way they react is to lay off part of their work forces. But they could also adapt to less demand by work-sharing, reducing prices charged their customers (or increasing those prices less than the general rate of inflation) or reducing wages.

Smart employers recognize that one of these adjustments — layoffs — brings forth help from the government through its safety-net programs (on behalf of employees); the other adjustments do not. If the safety net were less generous, there would be fewer layoffs during a recession, because employers would adjust less with layoffs and more in other ways.

Would these "other ways" provide a living wage? Who cares, this is not important, because of the Free Market and Liberty, duh.

The C.B.O. has looked at the economic effects of unemployment insurance and noted that extending unemployment benefits would “reduce the intensity of some workers’ efforts to search for a new job because the higher benefits would lessen the hardship of being unemployed.” But the C.B.O. concluded that “the net impact on the unemployment rate from some workers’ reduced efforts to find a job would be slight.”... [But]  C.B.O. makes no mention of the same incentives in its analysis of unemployment insurance and consequently is premature in its rejection of the basic economic proposition that paying people for not working will reduce the number of people who work.

Ah yes. Think of how much better off we'd be as a society if we were forced to work while injured or sick. Bootstraps! Stuff that does not kill us making us stronger! Walking uphill, both ways, in snow, because of the good old days! And if our unemployment insurance was taken away, we would look EVEN HARDER for those jobs that are not there or work for $2 per day and jobs would magically materialize!