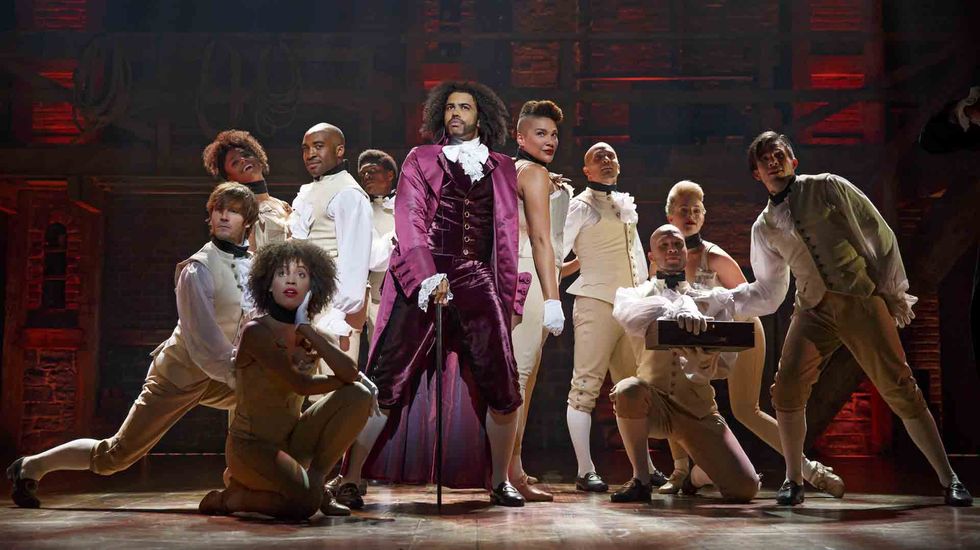 Hamilton is a play. I have not seen it. This post will have no in jokes or clever references to score or author or Alexander Hamilton, who was a man who lived in the 1700s and has a play about him and might have invented ... money? I live in Montana.

But tonight, Vice President-elect Mike Pence graced the theater, the cast gathered onstage to respectfully point out NUH UH MOTHERFUCKER, but real eloquent and nicer-like, the audience booed and the Internet fainted with its feet straight out like a Bugs Bunny cartoon at the simply horrid incivility of it all.

After the way President Obama has been treated the past eight years, and after the way people are being violated now, today, a lusty boo is apparently beyond the pale.

Miss Manners -- the actual one, not the poor imitation above -- says it is perfectly acceptable to boo performers on a stage; surely one can, without throwing a tomato, calling him a cracker, or beating his ass like he was a common Muslim cabbie minding his own business in a post 11/9 America, express equal displeasure with a man whose lifelong ambition is to denude gay people of not just equal protection under the law but funding for AIDS that didn't line the pocket of a conversion therapist instead, and who is about to run both foreign and domestic policy under a president-elect already staffing his cabinet with overt white nationalists, and it is just as acceptable.

Maggie Haberman does not belong in polite society. And whoever that Dave Itzkoff schmuck is he's a idiot too.