New York Times, You Got Some Trump-Russia SPLAINING TO DO 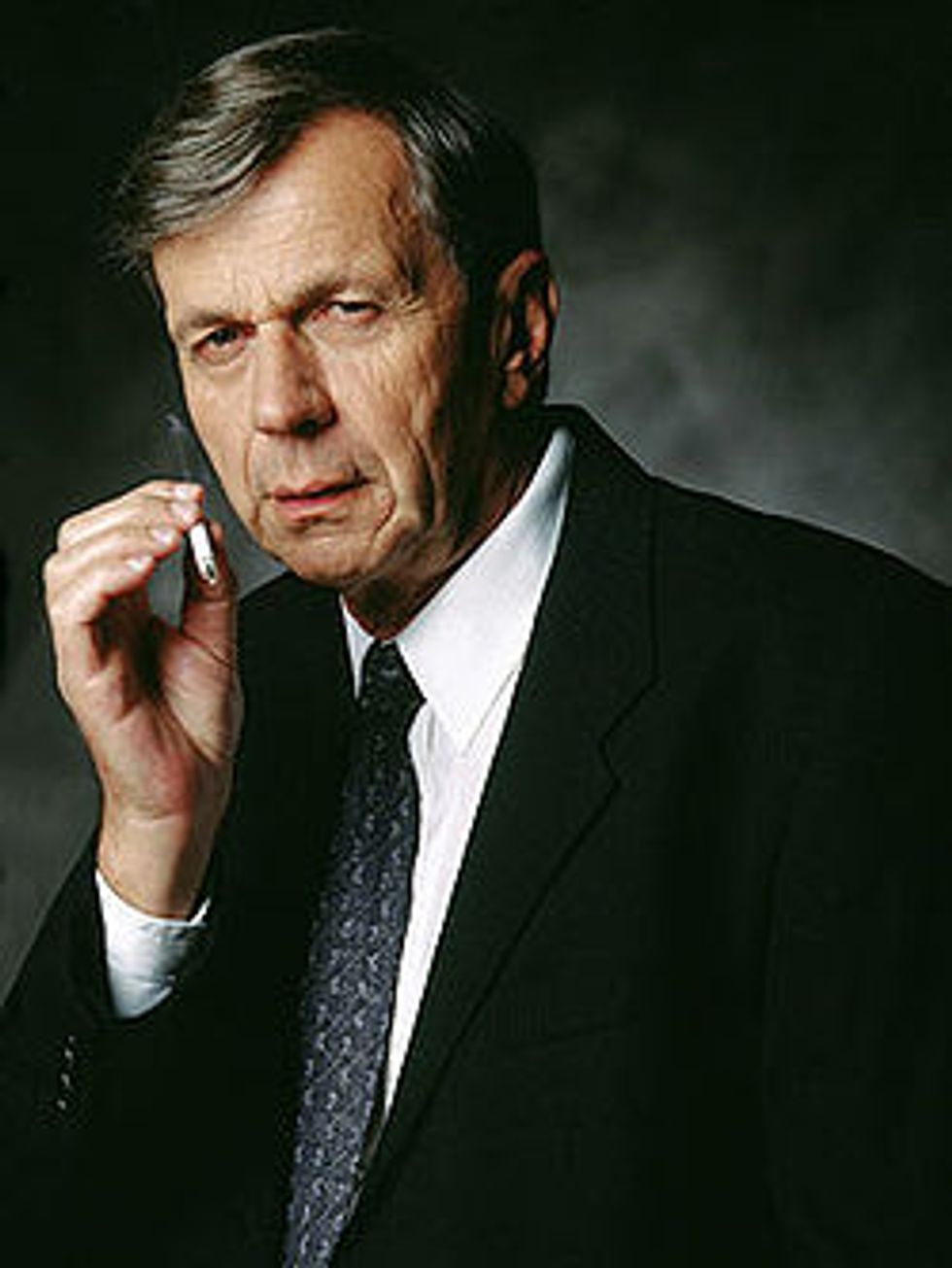 This week has been a rollercoaster for poor former Trump campaign chairman Paul Manafort, if rollercoasters never went up and instead were just a straight chute down to the bowels of hell through Satan's asshole. We learned Bob Mueller's agents told him to his face he's going to be indicted; that he'd been wiretapped by the FBI going back to 2014 because he seems to have been an actual factual foreign agent; that an entire category of documents the Mueller team wants from the White House is just "anything to do with Paul Manafort"; and that, oh, weird, he offered to give "private briefings" on the Trump campaign to his old mobbed up Russian billionaire pal to whom he also owes $17 million.

President Trump's lawyers could probably make a case to half the country that it was all Manafort, and our brilliant, detail-oriented, micromanaging president who picks all the best people and makes all the best deals was just an innocent dupe of a Russian spy. Well, they could if every single person in Trump's orbit wasn't already doing weird shady things with Russian mobsters, like Trump lawyer Michael Cohen, who once "lost" money on casinos he claimed he didn't own even after being shown the contract with his signature, and who also "lost" $350,000 placed in his trust for people who were the victims (?) of a Russian mob scheme. And Felix Sater, who turned state's evidence for the government and so never went to prison for lots of frauds and mobster schemes -- he worked with Trump for years and years, even trying to put together a Trump Tower Moscowduring the campaign, even as Trump said he had nothing to do with Russia, nothing at all.

Felix Sater, it turns out, has another friend in Trumpland, and that is Trump bodyguard Gary Uher, who was, back in the day, one of the FBI agents who originally got Sater to return to the US from Russia and take a plea deal. He came from the FBI's New York field office, recommended to Trump by Bernie Kerik, a convicted fraud.

Rumors swirled during the campaign that the FBI's New York field office was filled with rightwing crackpots in cahoots with the Trump campaign, and that they forced James Comey to release the letter -- which ultimately broke the fucking country -- about reopening Hillary Clinton's emails investigation because of Anthony Weiner's dick. They were clearly leaking things to Rudy Giuliani, who was going on tv to promise something BIG about Hillary Clinton, wearing the smile of a cat full of cream. Uher left for the Trump Organization in 2015. (Erik Prince seemed to be getting his info from the NYPD.)

So, based on just these few bullet points in a Tolstoy tome's worth of them, we have just one question: Who was it "in law enforcement" who told the New York Times, just a week before the election and as a diarrhea firehose of crazy shit was blasting out, that they saw no link between the Trump campaign and Russia? None whatsoever? Tell us again, NYT reporter Eric Lichtblau, who left the NYT for CNN only to get fired from CNN?

Law enforcement officials say that none of the investigations so far have found any conclusive or direct link between Mr. Trump and the Russian government. And even the hacking into Democratic emails, F.B.I. and intelligence officials now believe, was aimed at disrupting the presidential election rather than electing Mr. Trump.

Would Paul Manafort, his chairman, be a "conclusive link," do you think? Then there was this:

The question becomes: At what point, given a source lying to its last breath, do you burn the source who fucked you? Who "in law enforcement" was relieving Eric Lichtblau's mind so he could go back to focusing on the favors Hillary Clinton didn't give to Clinton Foundation donors?

Burn your source, New York Times. BURN HIM FOR A WITCH.

Wonkette is ad-free and Eric Lichtblau-free. Please give us money.