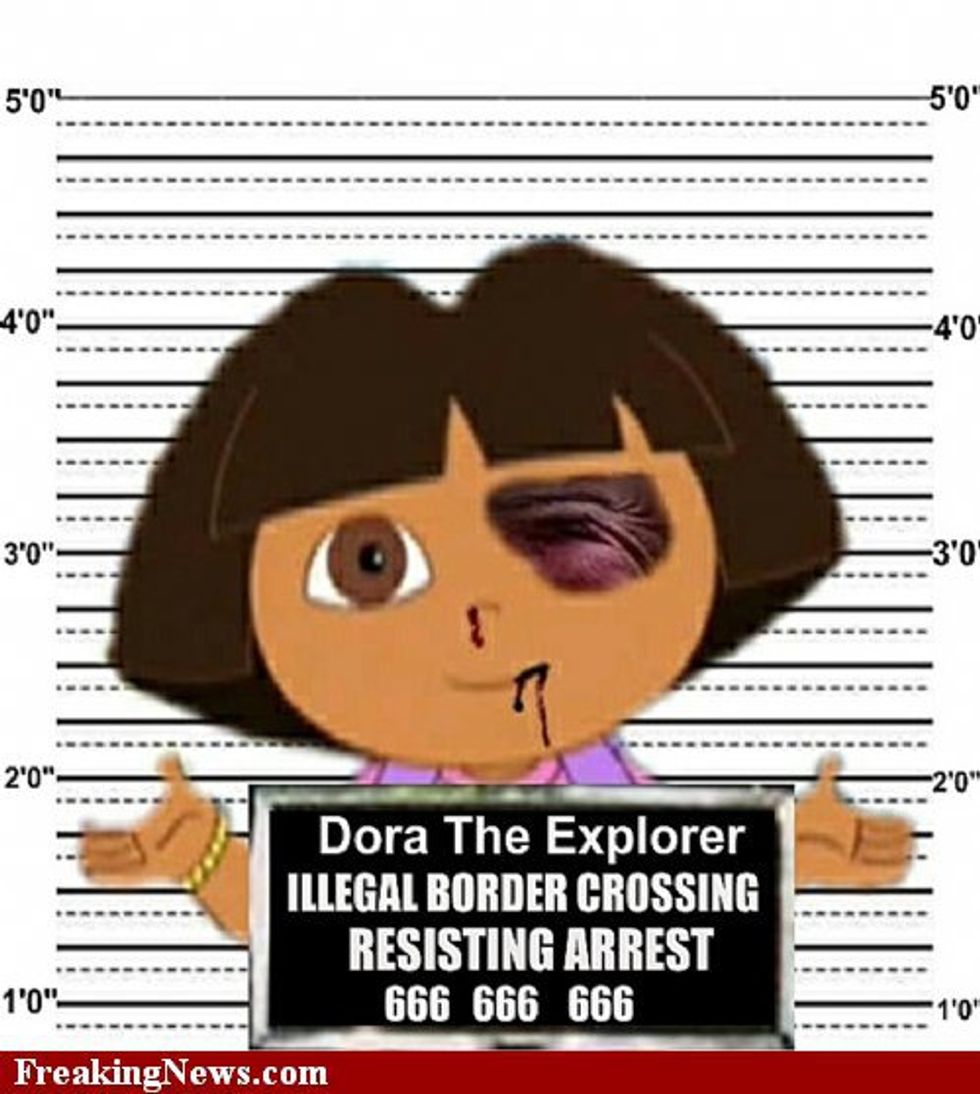 House Republicans haveironed out an immigration bill that just might be cruel enough to appease the Tea Party, which is all that matters, because it would give House members the ability to go home on vacation and say that they at least voted to solve the border mess. It doesn't mean that anything will actually be solved if it does pass today, since in adding more Mean to make the bill palatable to wingnuts, the House has made the thing utterly toxic to the Senate. But the main thing is that the House will (maybe) be able to say it Did Something, so shut up, Obama.

So how did the revised bill add more raw meat? Remember, it was already just a fraction of President Obama's original request, and had been whittled down to $659 million, 2/3 of which went to beefing up border enforcement, which is not even the wrong approach to an influx of Central American children who have been walking up to Border Patrol agents to turn themselves in. So the new bill fixes that by adding "$35 million to bolster National Guard resources at the U.S.-Mexico border." Yes, of course you saw that coming.

It will also make deporting children easier by gutting the 2008 law requiring due process for Central American children, adding language from a bill introduced by Republicans John Carter ( TX), Robert Aderholt (AL) and Jack Kingston (GA). Not only will the bill allow faster deportations, it will also make sure that no children get put up in luxury resorts:

The real question, though, is why aren't they also requiring drug testing for these little illegals? And what about screening for ebola? How about requiring a state-issued photo ID? If our citizens can't vote without one, why would we allow dirty foreigns to cross the border without at least a U.S. Passport?

Like the bill that was torpedoed by lack of Tea Party support yesterday (the original Boston Tea Party was held on a submarine, as Sarah Palin can tell you), the new version would require the House to vote first on the budget supplemental before also voting on a bill introduced by Rep. Marsha Balckburn, which would undo the President's 2012 Deferred Action for Childhood Arrivals (DACA) executive order and make Obama stop being a tyrant by limiting his ability to use executive actions to address immigration, in keeping, apparently, with the House's statement yesterday calling on Obama to address the border problems by himself. The House conference committee also narrowly rejected a rider challenging Obama to create a boulder so heavy that he could not lift it.

The retooled and completely meaningless bill won the support of Iowa Rep. Steve "Our Lady of Cantaloupe" King, who was delighted with the poison pills that will render it DOA in the Senate:

“The changes brought into this are ones I’ve developed and advocated for over the past two years,” he told CQ Roll Call. “It’s like I ordered it off the menu.”

King did not clarify whether everything on his favorite menu was, in fact, a shit sandwich.

A vote is expected to take place before 9 p.m. Eastern, provided, of course, that there isn't yet another Tea Party revolt, a definite possibility considering wingnut fears that once the budget supplemental is passed, House leaders will betray them by not allowing the anti-tyranny bill to pass:

Rep. Michele Bachmann said that she'd extracted promises that both exercises in futility would pass:

“We also had a conversation about making sure that we don’t vote for the border security bill without voting for DACA,” she said after leaving the GOP conference Friday morning. “They both have to pass and we have to have the votes for both of them. If we don’t that would be a deal breaker for the conference. But we have the votes, we’re quite sure. We’ve been assured that by the leadership.”

If the bill passes, House Republicans will go into recess until September and congratulate themselves on standing up to Barack Obama and insisting on the rule of law. If it fails again, House Republicans are expected to blame Obama for his shocking lack of leadership, his frightening incompetence, and his tyrannical insistence on using executive orders.