Newsbuster 'Breaks' Story Of Martha Plimpton's Shameful Abortions, About Which She's NOT EVEN ASHAMED! 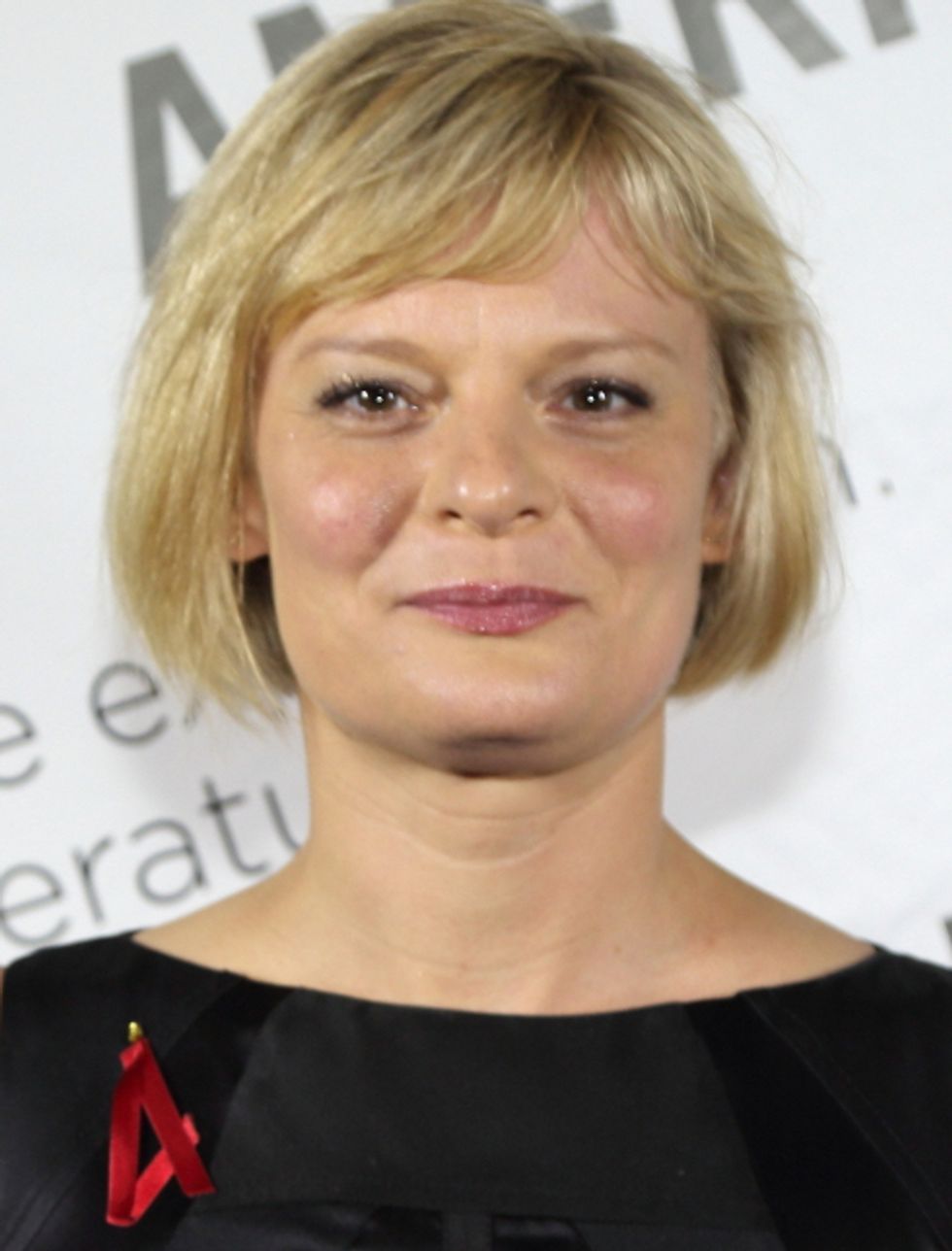 She's wearing that letter as if it weren't a mark of eternal shame, egad.

Yr Doktor Zoom has to confess something: We are among the 28 or so people who never saw The Goonies. We hear it's pretty good, and esteemed political and cultural pundit Our Girlfriend tells us it's an embarrassing gap in our filmic experience. So we'd never heard of actress Martha Plimpton, who was in that movie and also quite a few other things we don't think we've seen. (Did we see Parenthood? Dunno.) In any case, one of the rightwing busters of Media Bias at Newsbusters, Katie Yoder, was pretty chuffed t'other day to learn that Tucker Carlson had picked up a story Yoder had "broken" at the beginning of the month, revealing that Martha Plimpton is not ashamed at all of having had more than one abortion, and (please, sit down, lest you get the vapors, dear reader) Plimpton even joked about that -- with an actual abortionist!

Here's the short version: At a June 7 event in Seattle for the pro-choice social media campaign #ShoutYourAbortion, Plimpton spoke with Dr. Willie Parker, and made some offhand remarks about her own abortions as if they were routine medical procedures, not life-changing horrors that scarred her forever. You can hear Yoder's upset sniffs:

What do you get when you put an actress who jokes about abortion in the same room as an abortionist who says he’s never killed a baby? Cheers, laughter and attacks on pro-life Christians. Or that’s what happened in Seattle.

Here's the offending portion of Plimpton's introduction of the doctor:

“Seattle has some particular significance for me for lots of reasons,” she started. “I’ve got a lot of family here, some of whom are here in the audience tonight. I also had my first abortion here at the Seattle Planned Parenthood.”

“Yayyyyy!” she cheered, prompting the audience into applause.

“Heads and tails above the rest,” she continued on her abortion. “If I could Yelp review it, I totally would. And if that doctor’s here tonight, I don’t remember you at all, I was 19. I was 19, but I thank you nonetheless.”

Yoder then carefully dissected everything wrong with Dr. Parker, who says he's performed many abortions but denies being a baby-killer, "in spite of the pro-life argument that one person always dies in abortion." Yeah, it's a NewsBusters piece. Yoder also notes that Plimpton has long been an advocate for taking the shame out of abortion, or as Yoder puts it, "obsesses over abortion," and says that

In 2014, reacting to the Supreme Court’s decision in the Hobby Lobby case, Plimpton insisted that abortion “reinforces” motherhood.

Since Yoder wrote about the June 2017 video of Plimpton, the Life-O-Sphere has gone nuts over the terrible gruesome actress bragging about all her baby-killing ways. Best headline, from liveaction.org: "Martha Plimpton laughs about killing her preborn child, calls first abortion the ‘best one’" and explaining that people who think abortion isn't shameful "openly celebrate the violence of killing a preborn child." Or maybe they don't think it's "killing a preborn child," which is exactly the same thing as celebrating murder.

When @FoxNews's @TuckerCarlson covers the story you broke. ;)