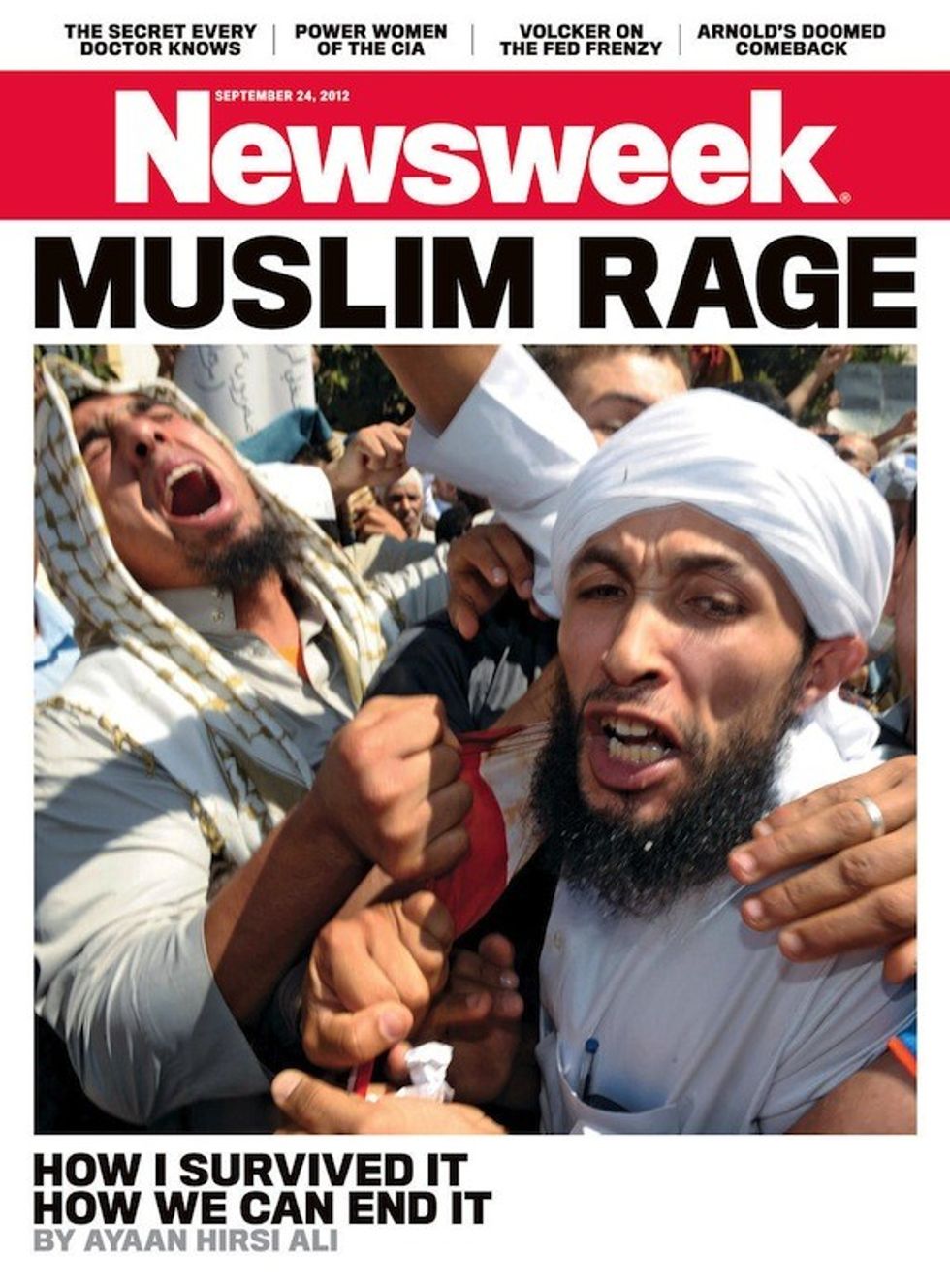 Newsweek has moved beyond implied vegetable dick-sucking to weightier topics, like how Muslims are just REALLY FUCKING ANGRY ALL OF THEM.

To kick off a masterful Ayaan Hirsi Ali column about Ayaan Hirsi Ali and how Ayaan Hirsi Ali did things, Newsweek decided to very, very carefully take a specific point about her experiences (with a lot of Salman Rushdie references thrown in) and just blow the whole thing up to...

Anyway, Newsweek has helpfully condensed the entire debate over radical Islamic anger and concomitant action - a phenomenon that roils the Middle East and sets the overwhelmingly peaceful majority against powerful, violent forces in their own midst - into a single image of angry, stereotypically Muslim-looking men probably plotting to blow up the very McDonalds you're standing in while reading Wonkette on your nearly outdated iPhone 4S.

Just be on the lookout for Muslim Rage. And if you see any in action, snap a photo of it and use it as the cover for your floundering, desperate newsweekly.